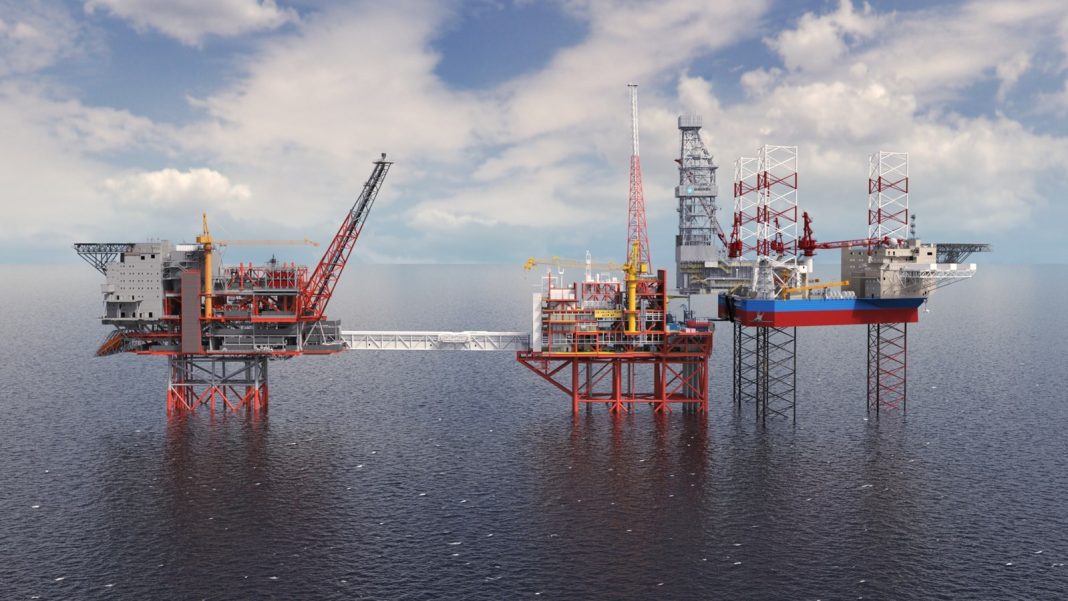 Aker Solutions and alliance partner Aker BP are awarding Rosenberg Worley a letter of intent (LOI) for the construction of two modules for the new central platform on the Valhall field in the North Sea. This contract represents the largest new-build project in many years, and it will lead to 1,000 jobs at Rosenberg in Stavanger.

“With this award, Aker Solutions and Aker BP are ensuring additional ongoing activity in Norway, in a project that falls under the temporary tax changes. The choice of a Norwegian yard is entirely deliberate. It demonstrates that we’re responding to the politicians’ expectations to preserve activity, guarantee jobs and develop expertise in Norwegian industry during the period before renewables projects ramp up in scope,” says Aker BP CEO Karl Johnny Hersvik.

Aker BP and its licence partners are carrying out a coordinated development of several licences in the Valhall area. The project is called Valhall PWP–Fenris (previously NCP/King Lear) and it is being delivered by the Fixed Facilities Alliance between Aker BP, Aker Solutions and ABB.

Valhall PWP consists of three large modules totalling more than 15,000 tonnes. The process module will be built by Aker Solutions on Stord. Rosenberg Worley will deliver the wellbay module and the utility module. The platform will be assembled on Stord.

“This award is a good example of cooperation between competing companies such as Aker Solutions and Rosenberg Worley to utilise a larger share of the supplier base – in the best interests of the industry in Norway. It is entirely necessary to keep and develop expertise in the industry,” says Aker Solutions CEO Kjetel Digre.

The letter of intent presumes approval of plan for development and operation (PDO) by the Storting, and it has a value for Rosenberg of around NOK 1.6 billion. If approved, the Valhall modules will bring jobs for more than 1,000 people at Rosenberg in Stavanger. Construction is scheduled to start in autumn 2023.

“The construction of the Valhall modules will be important in maintaining the high activity, and will help preserve expertise and capacity at Rosenberg in the extension of ongoing projects and towards new market areas. We expect that around 40 apprentices will be able to complete their vocational training as a result of the project. These are young people who’ll be essential in developing renewable projects at our company in the future,” says Rosenberg Worley Managing Director Jan Narvestad.

Aker Solutions BP and the licence partners Pandion Energy og PGNiG Upstream Norway are planning to invest between NOK 40 and 50 billion in Valhall PWP–Fenris. The partners are on track to submit the PDO towards the end of the year. The PDO will be deliberated in the Storting before the summer of 2023.

“Through Valhall PWP–Fenris, we’re planning to establish Valhall as a gas hub in the southern North Sea, which will provide sorely needed gas deliveries to Europe. At the same time, we’ll be maximising the value of a giant with very low emissions on the Norwegian shelf. This project is an important contribution toward the ambition to produce a total of two billion barrels and extend the lifetime of the Valhall area to 2060. The value creation from this area has vast ripple effects and provides substantial tax revenue for the broader society,” Karl Johnny Hersvik says.

In total, the development of Valhall PWP–Fenris is expected to create 65,000 full-time equivalents in Norway during the project and operations phase. The Norwegian share of the project is more than 65 per cent.