Provaris join forces with Norwegian Hydrogen to rePower the EU 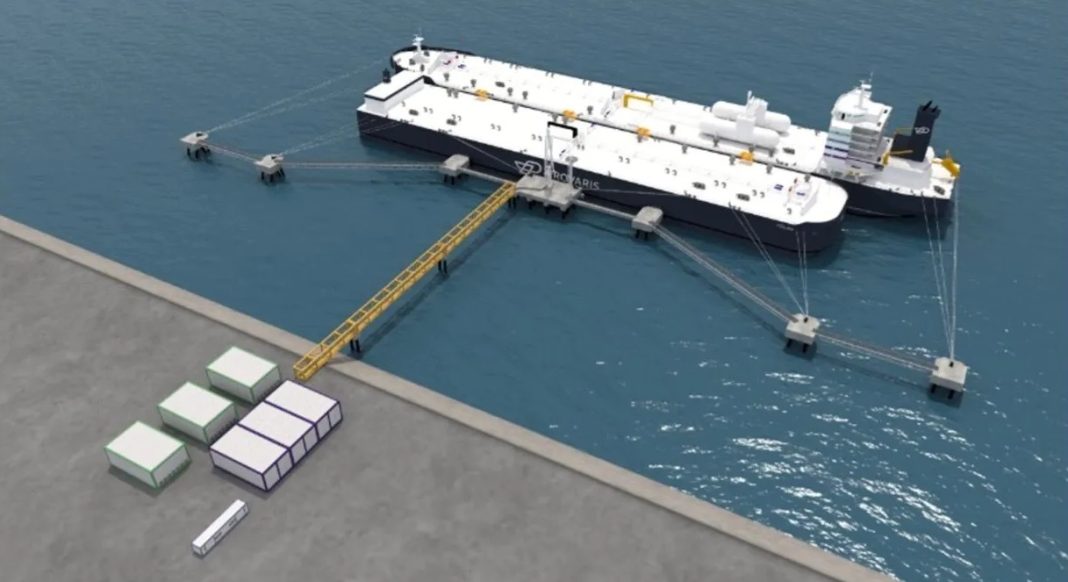 Provaris Energy Ltd is pleased to announce it has executed a Memorandum of Understanding with Norwegian Hydrogen AS, a Norwegian-based developer of hydrogen production hubs and value chains across the Nordic region, to collaborate on the development on green hydrogen value chain projects in the Nordics.

The collaboration brings together the skills, experience and ambitions of both companies to accelerate the development of a hydrogen value chain covering large scale production and export of hydrogen to the key ports of Europe.

The MOU provides a framework to jointly undertake a Concept Design Study to:

The scope of the study will include the renewable power supply, production of hydrogen, compression facilities, storage, infrastructure for jetty loading and unloading, Provaris’ H2Neo carrier, and import infrastructure required at identified import locations. Application for suitable funding schemes available through national schemes and the European Union will also be made.

Martin Carolan, Provaris Managing Director and CEO commented: “Provaris is delighted to collaborate with Norwegian Hydrogen to accelerate our development ambitions of an integrated export hydrogen project from the Nordic region that will benefit from the simplicity and efficiency of compressed hydrogen as a marine carrier. The Nordic region offers several advantages that can include low-cost hydro power, proximity to offtake markets and supportive governments committed to supplying hydrogen to Europe. This collaboration also has strategic alignment with the development timeline of our H2Neo carrier and validation of the increasing interest for our compressed H2 transport solution for hydrogen supply into Europe.”

Jens Berge, Norwegian Hydrogen’s CEO commented: “We are excited to work with Provaris on a solution which will bring green hydrogen to the EU market in a flexible, cost effective and timely manner. The vast experience and diverse capabilities within the combined Provaris and Norwegian Hydrogen team, along with a huge demand for green hydrogen in the EU, makes this a great opportunity for both parties.”

Norwegian Hydrogen advanced development status is evidenced through the company’s Hellesylt Hydrogen Hub Pilot-E project, which will develop and demonstrate a complete green hydrogen supply chain in the Northwestern region of Norway. The project that will commence production later this year (2023) is paving way for the company’s pipeline of significantly larger projects all over the Nordics.

Collaboration to target the export of green H2 by 2027

Norwegian Hydrogen has established itself as a developer of green hydrogen supply in Norway with its foundation project, the Hellesylt Hydrogen Hub Pilot-E project to be operational in 2023. The collaboration with Provaris allows Norwegian Hydrogen to accelerate their ambitions for scaling-up volumes of compressed hydrogen from multiple sites across the entire Nordic region for export to the major import hubs in Europe, with Provaris to contribute its experience in the development of compressed green hydrogen export projects, that include the 2.8GW Tiwi H2 development project in Australia. This collaboration can deliver over time giga-scale quantities of green hydrogen commencing in 2027 and addressing REPowerEU’s ambition to import 10 million tonnes of renewable hydrogen in the EU by 2030.

Per Roed, Provaris Chief Technical Officer added: “In August 2022, Provaris Norway AS was established strategically as our European hub to establish partnerships that can leverage the availability of low-cost, stable green energy in close proximity to major European import hubs. Our collaboration with Norwegian Hydrogen is an example of our strategy to position the Nordics a first-mover and leader in export projects. We are very excited to join forces with Norwegian Hydrogen who share our ambition to target fast-track opportunities to commence hydrogen exports.”

With the goal of an export supply chain to be in operation by 2027, the first step will be the completion of a Design Concept Study by the end of 1H2023, at which time the parties will agree on the location and scale of the first fast-track production and export project, responsibilities and timing for a detailed feasibility, along with the identification of additional collaboration partners to establish a green hydrogen value chain and export facility in the Nordics.

Sites identified for export of green hydrogen to Europe

Provaris and Norwegian Hydrogen will focus on identified sites for green hydrogen export, with a short sailing distance to some of the major planned hydrogen import hubs in Netherlands and Germany. This includes sites in Norway, where the government recently announced its agreement with German counterparts for the export of hydrogen. Potential import hubs in the United Kingdom could have equivalent, and advantageous proximity to source location(s). At these short distances, Provaris’ proprietary compressed hydrogen H2Neo carrier has demonstrated to be very cost competitive compared to alternative transportation, storage and conversion vectors of hydrogen. The scope of the MOU will focus on the development of the full value chain, including production, maritime transportation, and distribution to off-takers.

Germany and the Netherlands are considered key import locations in the European Union, and both countries are well advanced in planning and developing hydrogen backbones / pipelines that allows for advantageous integration and operations with Provaris’ compressed hydrogen solution.

To assist with increasing market awareness of compressed H2 marine transport and the identification of collaboration partners and off-take markets, Provaris has recently joined Norwegian Energy Partners (NORWEP), an organization aiming to support and assist organizations in the internationalization of their collective technology and industry. NORWEP has more than 300 partners / company members from the Norwegian offshore, energy and maritime industries; representing more than 90% of the export from Norwegian industries.

Provaris is already working with a number of these partners, and we look forward to the opportunity to find additional partners from this large pool of leading energy companies. Moreover, NORWEP’s local energy advisors in the EU will support Provaris with options for landing compressed hydrogen into EU’s developing hydrogen infrastructure.