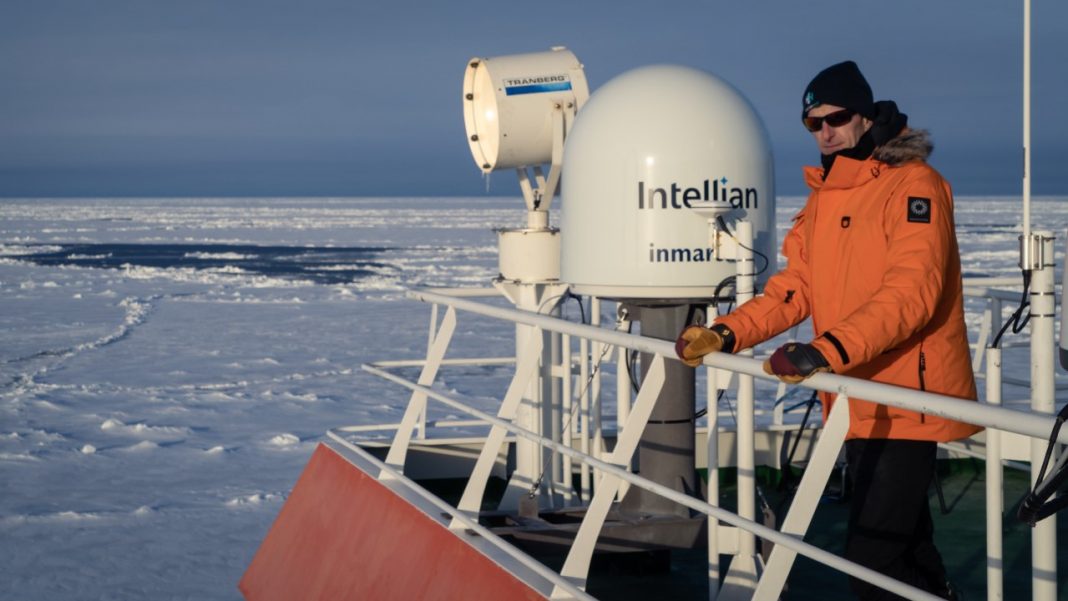 Fleet Xpress from Inmarsat, the world leader in global, mobile satellite communications, provided a high-speed connectivity solution to enable History Hit to broadcast the discovery of Antarctic explorer Sir Ernest Shackleton’s lost ship, Endurance, from the Southern Ocean. The legendary vessel was found on 5 March 2022 – the 100th anniversary of Shackleton’s funeral – 3,008 metres below the icy surface of the Weddell Sea, bringing the Falklands Heritage Maritime Trust’s Endurance22 expedition to a successful conclusion.

With Agulhas II’s existing onboard communications system reserved for general vessel requirements, Inmarsat provided the onboard crew with a self-contained, standalone solution for the specific purpose of relaying images and video captured by the AUVs. The use of dual communications systems on board a single ship points to a further benefit of Fleet Xpress, which can be configured as the primary or secondary system depending on the operator’s needs and the project objectives.

In supplying the solution, Inmarsat collaborated with two of its partners, Marine Satellite Systems (MSS) and Direct Suppliers CC, to ensure that the system was installed and mission-ready ahead of Agulhas II’s departure from Cape Town, South Africa on 5 February. MSS delivered the hardware, which comprised a compact, 60-cm antenna due to space limitations on board the vessel, while Direct Suppliers handled installation. Inmarsat also supplied a land terminal, the Cobham Explorer 5075 GX, in case the film crew had to disembark and venture onto the ice.

“Sir Ernest Shackleton is a personal hero of mine, so Inmarsat helping to bring the discovery of his famous ship to screens around the world is a dream come true,” said Ben Palmer, President, Inmarsat Maritime. “The quality of the images coming from Agulhas II via History Hit and Little Dot Studios is testament to the speed, bandwidth capacity and extensive coverage of Inmarsat’s Fleet Xpress service.”

As an expert in enabling high-speed communications in remote areas, Inmarsat is also expanding its Arctic coverage through the GX10A and 10B satellites. Due to launch in 2023, the multi-beam, high-throughput payloads are the world’s first mobile broadband satellites dedicated to the High North, where they will provide continuous connectivity to support modern vessel operations in the polar region. The forthcoming ORCHESTRA network will further enhance Inmarsat’s global coverage by seamlessly configuring geosynchronous networks with terrestrial 5G, low-Earth orbit satellites and dynamic mesh networks to offer the fastest average speeds and lowest average latency of any planned or existing network.

The company has an unrivalled track record of operating the world’s most reliable global mobile satellite telecommunications networks, sustaining business and mission critical safety & operational applications for more than 40 years. It is also a major driving force behind technological innovation in mobile satellite communications, sustaining its leadership through a substantial investment and a powerful network of technology and manufacturing partners.

Inmarsat operates across a diversified portfolio of sectors with the financial resources to fund its business strategy and holds leading positions in the Maritime, Government, Aviation and Enterprise satcoms markets, operating consistently as a trusted, responsive and high-quality partner to its customers across the globe.

ABOUT HISTORY HIT
History Hit is a media network focused on making history more accessible in the digital age.

It runs five successful podcast series, including the chart-topping Dan Snow’s History Hit, which has been running for six years, broadcasting six times a week. Recent additions include bi-weekly shows Not Just the Tudors, fronted by Suzannah Lipscomb, and Gone Medieval, with Matt Lewis and Cat Jarman. The network publishes episodes for enthusiasts of all eras, from ancient times to present day.

History Hit TV, its SVOD service, was launched in November 2017, focusing on original history programming. Alongside over 400 original documentaries, interviews and films, it also offers an archive of over 1,000 podcasts ad-free to subscribers. It is available on Amazon Fire, Roku, Apple, Android and web, with more platforms available soon.

Made up of over 500 digital experts, platform specialists and content superfans across the UK, US, Germany and APAC, Little Dot Studios works with the world’s most recognised TV, sports and consumer brands, creating premium video and audio content for more than 600 social channels globally and responsible for six billion organic views per month.

Little Dot Studios runs its digital broadcast network of more than thirty-five channel brands across social platforms and OTT video on-demand services; licensing over 15,000 hours of hand-picked long-form content, the network is watched by over 40 million subscribers and reaches over 100 million unique viewers every month.