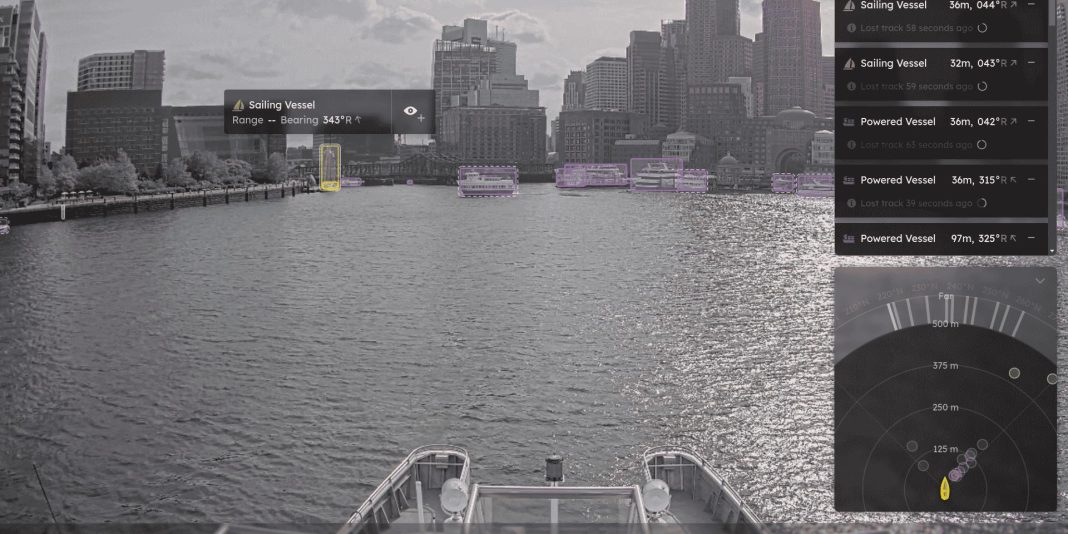 The need for this technology is clear. Boats and ships operate in the planet’s most dynamic environment and the limitations of conventional navigation sensors leave the bulk of perception work to the human eye and brain for continuous scanning of the waterway. Fatigue, distraction, and confusion can lead to misses and mistakes. The U.S. Coast Guard reported that in 2020, 36 percent of boating accidents were collisions and allisions, with the primary cause being improper lookouts and operator inattention. The commercial marine industry suffers from similar challenges. Sea Machines designed AI-ris to be ever-alert, with the ability to deliver predictable operational results that can improve vessel reliability, as well as eliminate liabilities caused by human error. Now commercially available, this technology can radically improve vessel safety.

“Sea Machines is dedicated to building the future of ocean mobility. We envision a future with fewer accidents at sea. We are revolutionizing marine navigation with data-driven intelligence, autonomy and connectivity,” said CEO Michael G. Johnson, Sea Machines. “AI-ris enables a tremendous performance and safety increase. The superior capabilities of computer vision and AI will ensure a safer, more productive voyage.”

“AI-ris is always scanning for obstacles and can alert the operator of potentially dangerous situations. It also labels objects very small in size, like swimmers, kayakers or animals, to those very large, like another ship,” said CTO Trevor Vieweg, Sea Machines. “With the ability to detect, classify and geolocate such targets via optical sensors, AI-ris augments and surpasses the capabilities of existing marine sensor technologies, like radar and automatic identification system (AIS), enabling greater performance and achieving the highest levels of safety. In the future, this technology may also help responders detect marine oil spills.”

AI-ris is commercially available now and can be installed aboard existing vessels and ships, as well as new-builds. To learn more about AI-ris, click here.

About Sea Machines Robotics
Headquartered in the global tech hub of Boston and operating globally, Sea Machines is the leader in pioneering autonomous command and control and advanced perception systems for the marine industries. Founded in 2015, the company builds autonomous vessel software and systems, which increases the safety, efficiency, and performance of ships, workboats, and commercial passenger vessels. Learn more about Sea Machines at www.sea-machines.com.