NAVALIA organizes the first face-to-face meeting of the naval sector in Vigo, Spain 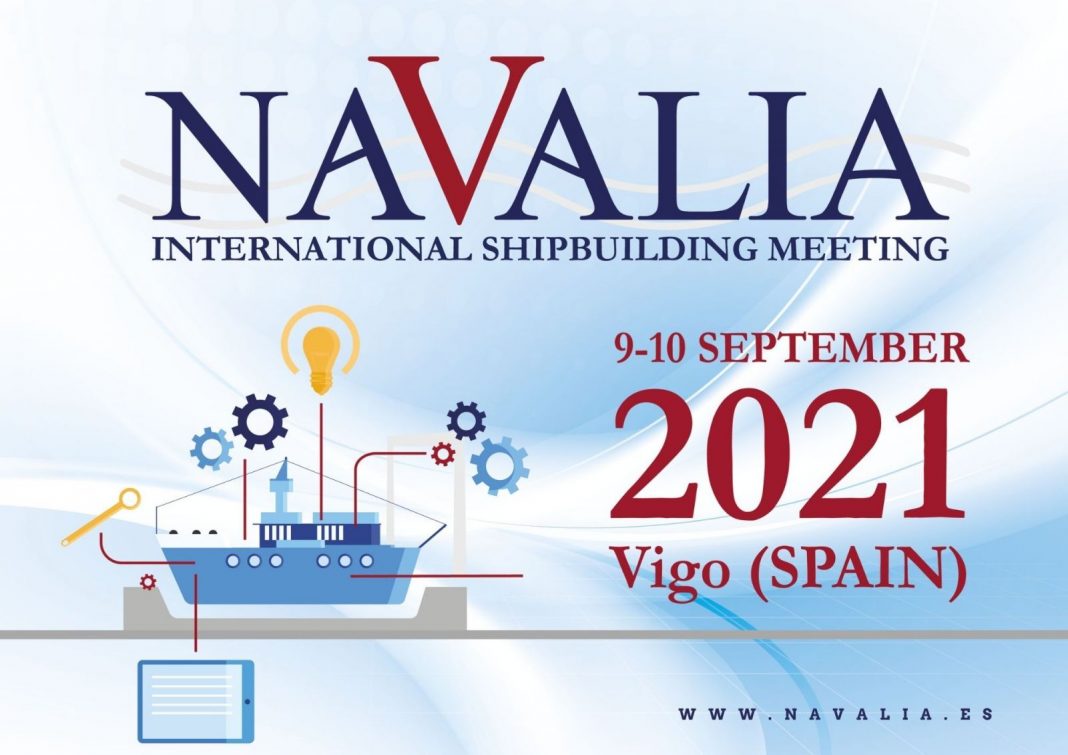 It will take place on September 9 and 10 and will be a closed event that can only be attended by invitation.

The Navalia organization will hold the first face-to-face meeting of the naval sector next week after so many months of pandemic. It will take place on September 9 and 10 and in two venues in the city: the Auditorio do Mar de Vigo and the Museo do Mar de Galicia. It will be a closed event that can only be attended by invitation and with strict sanitary measures to guarantee the safety of the attendees.

After the cancellation of Navalia 2020, the organization reconsidered many aspects of the fair with a view to improving and adapting to new times. For this reason, and with the aim of continuing to work for such an important sector for the economy, the fair management set itself the objective of organizing the International Shipbuilding Meeting, Navalia Meeting, in odd-numbered years (since the fair has a biennial periodicity). “We have been considering dates and the type of event that we could do for many months. The constant changes in restrictions due to the evolution of the pandemic and the great uncertainty in its evolution despite vaccination did not allow us to do something bigger.

For this first edition, therefore, the event will aim to reunite the naval sector after so many months without any type of events or face-to-face meetings. “We want to thank the collaboration of our sponsors without whom it would have been impossible to carry out this meeting, as well as the great institutional support of the Council of Vigo and the Xunta de Galicia”, explains Arnau.

The first day of the Navalia Meeting will be held on September 9 at the Auditorio do Mar de Vigo. The program includes holding a talk on the European vision of the naval sector by Sea Europe, as well as a round table entitled “The Spanish naval from the regional prism. Clusters vision ”. Representatives of the naval clusters of the Balearic Islands, Cádiz, the Canary Islands, Galicia, the Basque Country and the Spanish Maritime Cluster will participate in this round table. The Mayor of Vigo, Abel Caballero, will participate in the welcoming ceremony of the attendees to the city and later will deliver an award recognition of professional career within the naval sector that will be awarded during a dinner / cocktail in the Auditorium.

The next day Navalia Meeting will move to the Museo do Mar de Galicia. Early in the morning there will be a private meeting between the President of the Xunta de Galicia, Alberto Núñez Feijóo, and the Executive Committee of the fair. The President of the Xunta will later participate in the official constitution of the Executive Committee of Navalia 2022, which will kick off the eighth edition of the fair, which will take place from May 24 to 26, 2022. After the presentation will hold a conference on the occasion of the 250th Anniversary of the Navy’s Naval Engineers Corps, focused on the future of military construction in Spain and on how to involve the national auxiliary industry. The event will end with a Galician aperitif on the terrace of Museo do Mar de Galicia.

In parallel, there will be a reverse trade mission organized by IGAPE and Aclunaga on the occasion of this meeting.