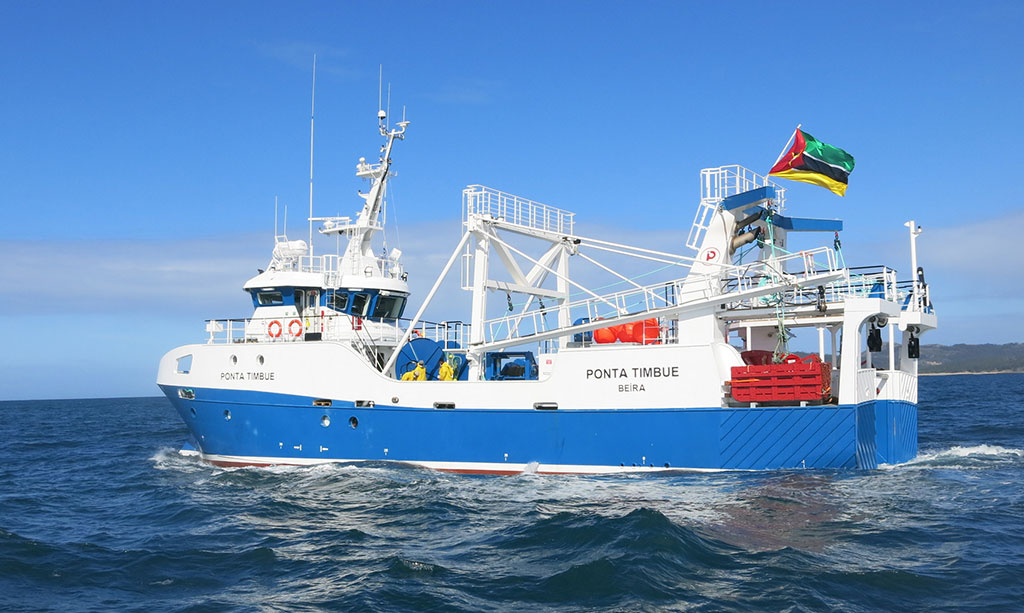 The Nueva Pescanova Group has chosen the Spanish engineering firm Satlink to renew the satellite telecommunications systems of 25 ships of the multinational fleet in Mozambique, the most important of the group in number of vessels. The project, started in 2019, will be developed over the next few years and is part of the renewal process of this fleet that includes the construction of four vessels, of which three have already been delivered to Nueva Pescanova and are operational in the Indian Ocean.

In a first phase, Satlink has equipped these three newly built vessels and eight of the existing fleet with Inmarsat Satlink Fleet One systems, with data rates of up to 150 Kbps, the most efficient solution for ships that perform short tides. According to the signed agreement, Satlink has also designed a tailor-made communications plan so that Nueva Pescanova has the capacity to transmit via satellite both information for its operations and for reporting data on fishing activity (catches, landings, sales, etc.) to the competent authorities.

Wi-Fi connectivity and direct emergency calls
The Satlink Fleet One system allows simultaneous voice call and IP satellite data communications services on board for, for example, e-mail, updating of navigation charts, consultation of parts meteorological events or transmit to the authorities the data of the fishing activity recorded in the electronic logbook.

In addition, the Inmarsat Fleet One service allows to offer Wi-Fi capacity to connect smartphones and tablets and guarantee connectivity to the crew, as well as make free and direct emergency calls to the Maritime Rescue and Coordination Center (MRCC for its acronym in English) . Satlink offers this service through its agreement with the global operator Inmarsat, which has a commercial network of L-Band satellites with practically 100% availability and worldwide coverage.

It should be noted that Nueva Pescanova has 28 freezer trawlers dedicated to shrimp fishing in Mozambique and that these represent 45% of the group’s total fleet that also operates in Angola, Namibia, Uruguay and Argentina. The multinational has invested 42.5 million euros in its fleet renewal process since 2017, with the construction of new vessels that are already operating in Namibia and Mozambique and which has led to the creation of 200 jobs in Galicia.

About the Nueva Pescanova
Group The Nueva Pescanova Group is a leading Spanish company in the sector, specialized in the fishing, cultivation, processing and marketing of seafood, both fresh, refrigerated and frozen. It employs more than 10,000 people in 19 countries on 4 continents and sells its products in more than 80 countries. www.nuevapescanova.com

About Satlink
Founded in 1992, Satlink is a Spanish engineering company specialized in satellite telecommunications. Satlink, which maintains agreements with the global satellite networks Inmarsat, Thuraya, Iridium and Hispasat, is a world leader as a provider of technological solutions for the fishing sector and markets satellite communications solutions in the land and air environment. Headquartered in Madrid, Satlink has offices in Vigo, Seychelles, Ecuador, USA, Fiji, Korea and Taiwan. www.satlink.es