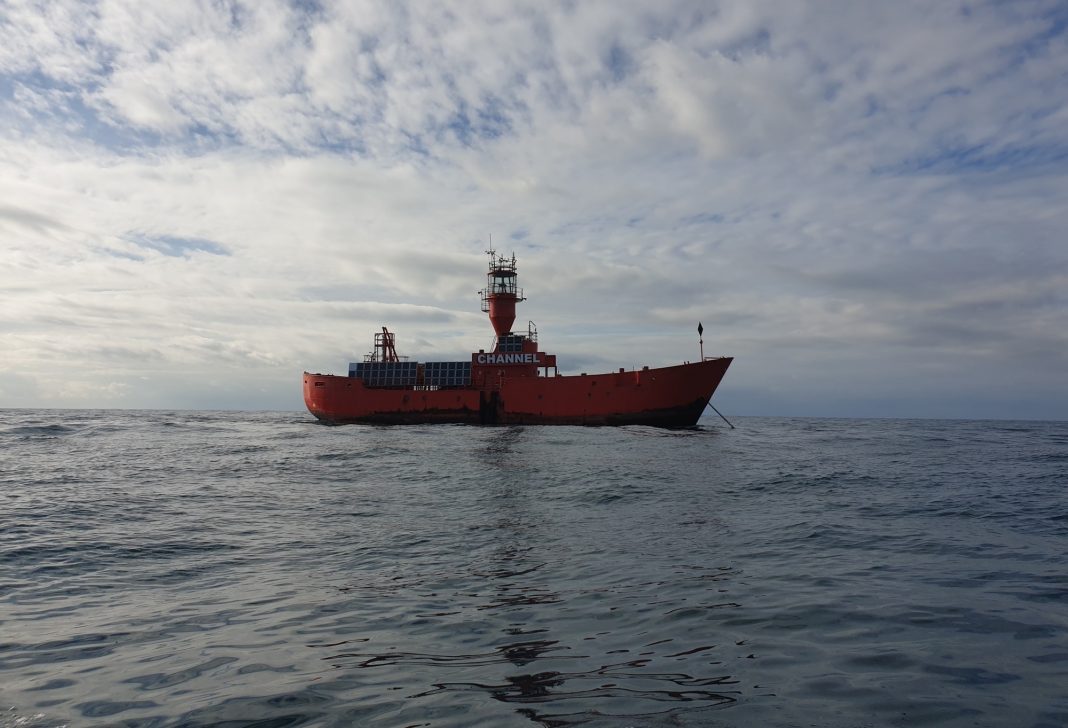 Trinity House will replace the Channel Lightvessel with one of its largest Safe Water Mark buoys, now that the lightvessel position has successfully established a marine traffic pattern in the area.

The operation to tow the lightvessel and deploy a replacement buoy is set to take place mid-August.

Following the grounding of the Amoco Cadiz in 1978, the International Maritime Organization (IMO) adopted the Off Casquets Traffic Separation Scheme (TSS) in 1979; Trinity House established the Channel Lightvessel so as to clearly define the new TSS to all mariners at a time when such schemes were a relatively new maritime feature.

As part of the continuous review of its provision of aids to navigation—and further to the discontinuation of the East Channel buoy in 2018—Trinity House has carried out extensive analysis on the requirement for the Channel Lightvessel.

It has been determined that as the lightvessel marks only the end of the TSS and not any physical hazards to navigation, it could be removed now that the marine traffic patterns in the area are well established.

Recognising that the Channel Lightvessel has become a prominent physical mark for all sectors of the marine community, Trinity House has decided to replace the lightvessel with one of its largest Safe Water Mark buoys in order to enable position verification in the area.

The new aid to navigation

The replacement buoy for the Channel station is based upon a standard Type 1 modular format and will incorporate a bespoke electrical design that independently powers the buoy’s aid to navigation equipment and also the array of sensors and communication equipment required for the Met Office’s meteorological and hydrographic equipment. The AIS and RACON features will be retained to enhance conspicuity through a range of equipment fitted on board a passing vessel.

The aid to navigation is a standard monitored buoy that will communicate over a roaming 4G network (with a fall back satellite-based communications unit) allowing Trinity House’s 24/7 Planning Centre in Harwich to ensure the 9NM lantern exhibits a light during periods of darkness, to monitor its position via a GPS receiver and to give regular updates on battery condition and state of charge.

The meteorological and hydrographic equipment has been developed in close cooperation with the Met Office, collaborating on a system that utilises modern technologies to accommodate the required equipment in a way that makes optimal use of the limited available space.

The lightvessel at the Channel position has been a reliable platform for meteorological observations for many years and this service will continue on the Channel buoy. The new meteorological observations set-up will have a full back-up system to maintain service year-round and will report the same parameters as the lightvessel. Visibility sensors will be deployed and monitored for changes, and the new set-up affords the opportunity to collect full spectral wave measurements. The visibility measurements will be published once verified as accurate by the Met Office.

Being able to recreate the systems that once required a large lightvessel on a much smaller buoy is in many respects thanks to the technological advances made in recent years. The 9NM navigational light will come from an LED source that requires only nine watts of power and lasts ten years.

Battery technology to store the solar-generated power is also constantly improving; when these technologies are combined it results in less maintenance and fewer visits from Trinity House’s ships with a positive impact on the marine environment while still providing the essential visual navigation mark for all passing mariners.