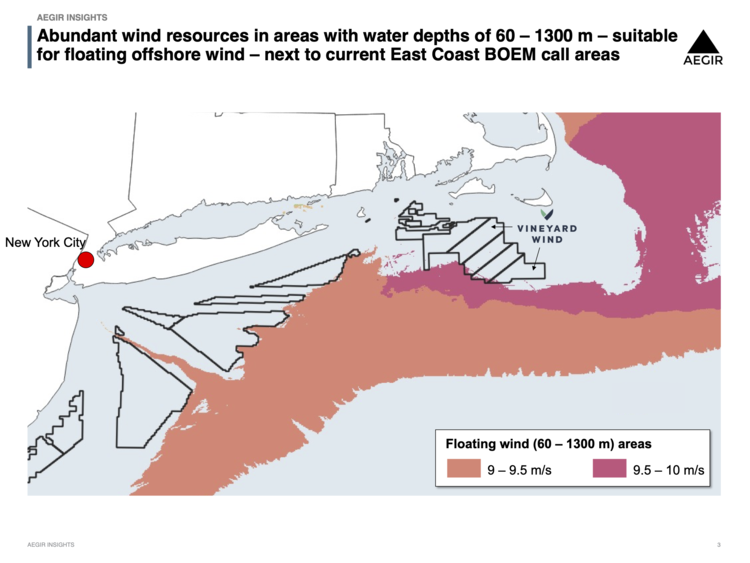 Last week, the U.S. Bureau of Ocean Energy Management (BOEM) announced the approval of the Constructions and Operations Plan (COP) for the Vineyard Wind project, more than three years after it was originally turned in.

The Vineyard Wind project spearheads the whole offshore wind build-out in the U.S., and as such its approval should clear the way for coming projects.

BOEM has already announced that two more COPs are in the process of being reviewed, and the bureau’s new director, Amanda Lefton, makes no secret of her wish to see future offshore wind COPs be reviewed faster than Vineyard Wind, which had to undergo unexpected extra environmental reviews:

“We will continue to advance new projects that will incorporate lessons learned from analyzing this project to ensure an efficient and predictable process for industry and stakeholders,” said Amanda Lefton in the official press release.

FLOATING OFFSHORE WIND COULD BE DEVELOPED RIGHT NEXT TO VINEYARD WIND

Vineyard Wind’s break-through bodes well for both fixed-bottom and floating offshore wind development off the U.S. East Coast. According to Aegir Insights’ report on the future market for floating wind in the U.S., East Coast states such as New York and Massachusetts could turn to floating wind within the decade, as they run out of feasible shallow sites for offshore wind.

Particularly New York, with its aggressive target of 9 GW offshore wind by 2035, will not be able to reach its target using the current BOEM lease areas and might be challenged due to viewshed issues and more when trying to find enough additional, feasible shallow-water sites to support a build-out of that size.

Aegir Insights forecasts that the Atlantic coastline of New York and/or Massachusetts could see floating offshore wind development around 2030, in a situation where areas suitable for floating are leased to developers no later than 2024.

In particular, Aegir Insights’ market report sees potential along the northern part of the Atlantic coastline, where the winds are strong and the water depths fit shallow floating concepts.

One of these highly attractive-looking areas for floating wind lies just to the south of the lease area that Vineyard Wind will be built in. Building a floating wind farm “behind” an existing offshore wind farm should limit viewshed issues, ease parts of the stakeholder engagement process and possibly provide benefits of existing infrastructure.

With average wind speeds of 9,6 m/s at a height of 100 meters, floating offshore wind sites next to Vineyard Wind could see cost levels below 70 USD/MWh, according to Aegir Insights research.