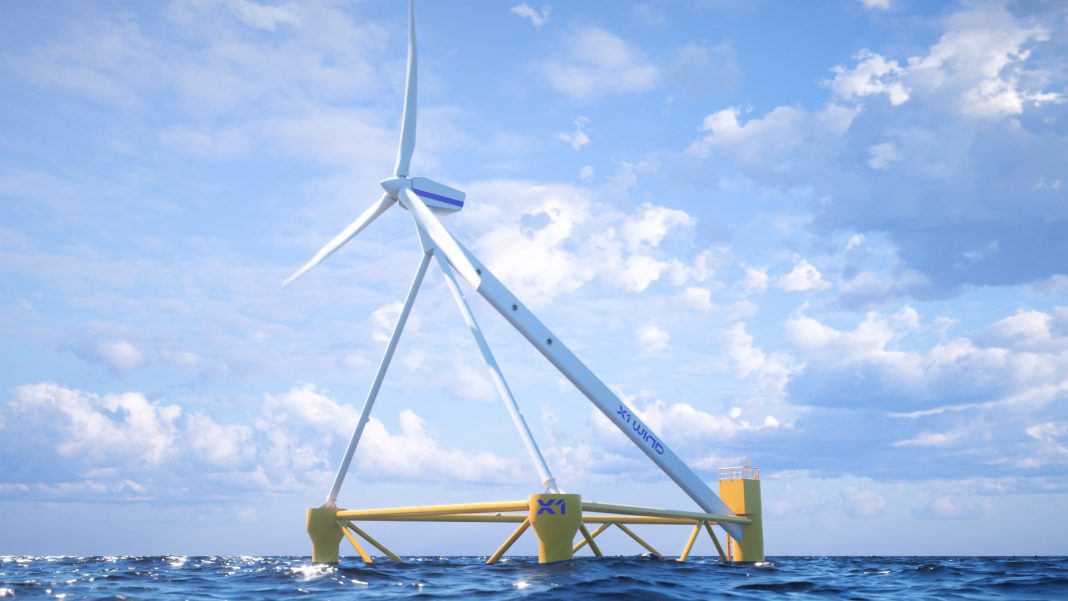 It was named among 38 of the most promising start-ups by the EIC after being shortlisted from 4200 applications to receive funding to ‘develop and scale up ground-breaking innovations’.

The firm is currently preparing to deploy its ground-breaking PivotBuoy® technology at 1:3 scale in the Canary Islands after successfully completing the assembly and load-out. The fully functional (X30) prototype is equipped with a Vestas V29 turbine and will be stationed at a 50m water depth at the PLOCAN test site with full exposure to open ocean conditions.

“Following a rigorous application process, we are delighted to report our successful bid for EIC Accelerator funding,” said X1 Wind CEO & Co-Founder Alex Raventos. “This is the result of a tremendous team effort and represents a major vote of confidence in our technology which has matured significantly in recent years, now offering a truly unique and disruptive form on floating wind energy. The cash injection will be specifically used to fast-track the detailed design and certification of our first large-scale floating wind unit. We are currently in the process of evaluating potential pre-commercial sites and projects, in order to continue driving momentum following our current demonstration project in the Canary Islands.”

X1 Wind initially attracted the attention of the EIC due to its innovative take on floating wind. The firm’s technology is designed to substantially reduce the current Levelized Cost Of Electricity (LCOE) of floating wind through reduced floater weight, a faster and cheaper installation process and a more reliable operation. The system is connected to a single point mooring system in a downwind configuration – creating a ‘weathervaning’ solution which maximises use of passive systems.

The start-ups and SMEs selected for the EIC Accelerator Pilot come from 18 countries. All of which underwent a highly competitive evaluation by external experts. After whittling down thousands of entries the highest scoring 134 applications were invited to pitch online to an independent jury of experts, investors and entrepreneurs. As well as the financial support, the benefactors also have access to coaching, networking and business acceleration services to help build their businesses.

“Our next-generation floating wind platform has a unique design that scales up efficiently with increasingly larger turbines. In addition, the platform’s modular design is highly suitable for mass manufacturing, advancing the industrialization plans for serial fabrication of floating wind,” added Mr Raventos. “This will enable us to meet the considerable demand and fuel ambitious targets set out for the global expansion of the industry. X1 Wind’s final commercial-scale design will draw on knowledge and expertise from experienced fabricators, shipyards and ports to automate and streamline processes, which will ultimately help drive down costs.“

X1 Wind is a disruptive floating wind technology developer. Based in Barcelona, Spain, the firm’s mission is to provide highly scalable solutions which deliver clean, affordable energy while reducing carbon emissions across the globe. The company’s unique floating wind concept was initially developed by Carlos Casanovas in 2012 while studying at Massachusetts Institute of Technology (MIT), before progressing the patented technology for almost a decade. In recent years, X1 Wind has rapidly progressed its technology, completing the design, assembly and load-out of a fully-functional part-scale demonstrator. The company has also successfully executed several test campaigns, while steadily building a world-class team of offshore wind and maritime sector experts, backed by decades of experience. X1 Wind has been recognised by Sifted, the startup news agency backed by the Financial Times, as one of the top European sustainability start-ups to watch in 2021.