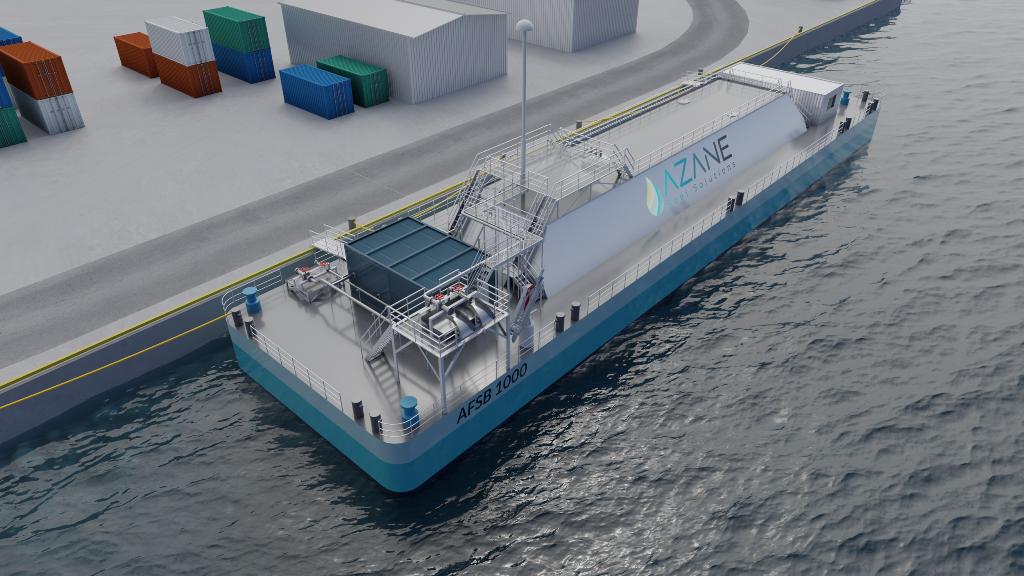 The approval from DNV is a major milestone for Azane in establishing the safety protocol for the bunkering of ammonia, enabling the uptake of ammonia as fuel to decarbonise the maritime industry.

Azane Fuel Solutions addresses barriers for ship owners and cargo owners to decarbonize. They do so by providing bunkering solutions for the clean ammonia value chain. Azane sought third-party approval from DNV to verify the safety of the floating bunkering solution, demonstrating the robustness of the system for commercial deployment.

Strengthened position as the leading provider

The Approval in Principle (AIP) Azane now receives from DNV enables them to strengthen their position as the leading provider of safe, turnkey bunkering terminal for the maritime industry. Additionally, this approval fits within the larger strategy for the company of forging a new safety protocol for ammonia bunkering in Northern Europe, with plans to expand safe ammonia bunkering globally.

“Safe and efficient bunkering infrastructure is necessary to decarbonise the shipping industry with clean ammonia fuel. We are pleased to note that our partners in Azane Fuel Solutions have now received the approval-in-principle for ammonia bunkering terminals, moving one step closer to construction start,” stated President of Yara Clean Ammonia, Magnus Ankarstrand.

Following the approval from DNV, Azane and Yara will initiate an approval process with DSB (Norwegian Directorate for Civil Protection) to establish several bunkering locations in Norway and Scandinavia.

“Together with Yara, we are moving as fast as we can to realize carbon free shipping with ammonia fuel,” says Chairman of Azane Fuel Solutions, André Risholm.