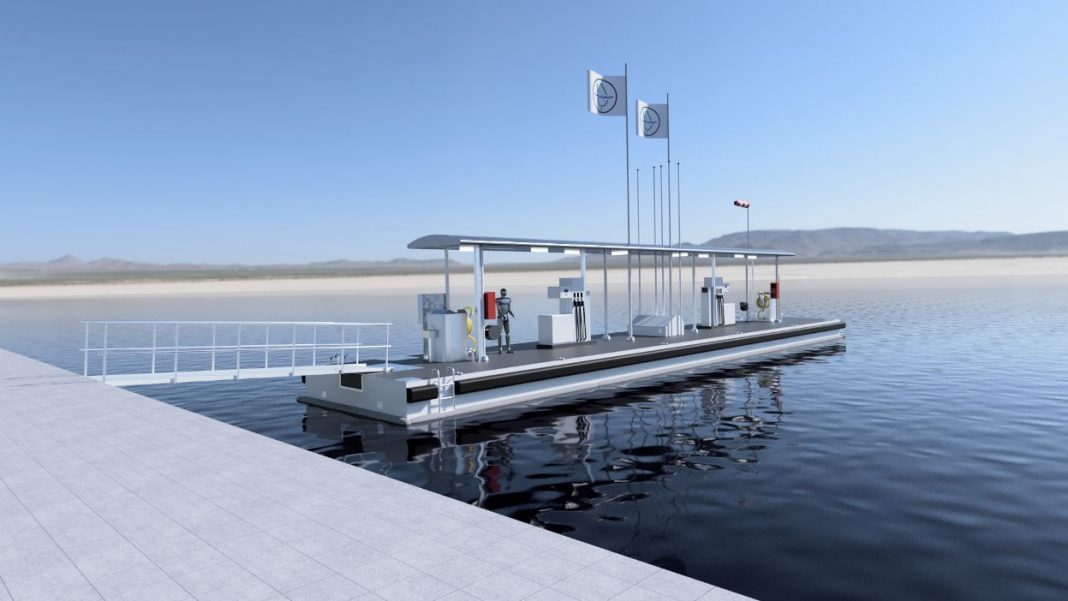 -I am immensely proud of the whole team at Fossil Free Marine, as it has truly been a massive undertaking to get to this point. In Swede Ship Composite, we feel we have found a supplier who genuinely understands and buys into our ambitious plans to change the way fuels are distributed in the marine sector, and take part in making boating sustainable on a global scale. I look forward to working together with Swede Ship to realize our vision with a breakthrough innovation, enabling financially viable, safe and environmentally friendly distribution of renewable fuels in large volumes.”

The first units are partly funded by grants from the so called “Climate Leap” (KlimatKlivet), The grant from KlimatKlivet is for “incremental costs associated with supplying renewable fuels”, and is part of a Swedish government scheme, in support of local climate investments. In their motivation, Naturvårdsverket says that the initiative is “…is among those that exhibit the highest sustainable reduction in greenhouse gas emissions per invested krona (SEK)”.

The marine fuel station for fossil free drop-in fuel, designed by co-founder Niklas Sjöö, is a “world’s first” and has a global patent pending and a design patent.

-We are humbled and proud to have been given the opportunity to produce the first commercial scale marine fuel station for Fossil Free Marine, says Bo Axelsson, President and CEO of Swede Ship Composite.

-Our skills in composite production as well as tailored solutions for demanding customers makes us uniquely positioned to tackle an engineering project like this. We look forward to being part of the exciting journey that Fossil Free Marine are embarking on, which is in line with the ambition of several of our core customers to make the transition to e.g HVO100 renewable diesel.

The first unit will be installed in a prime location near central Stockholm, enabling both pleasure boats and commercial traffic alike to make the needed shift to renewable fuel, with a modern turn-key solution that is both economically viable, safe and environmentally friendly.