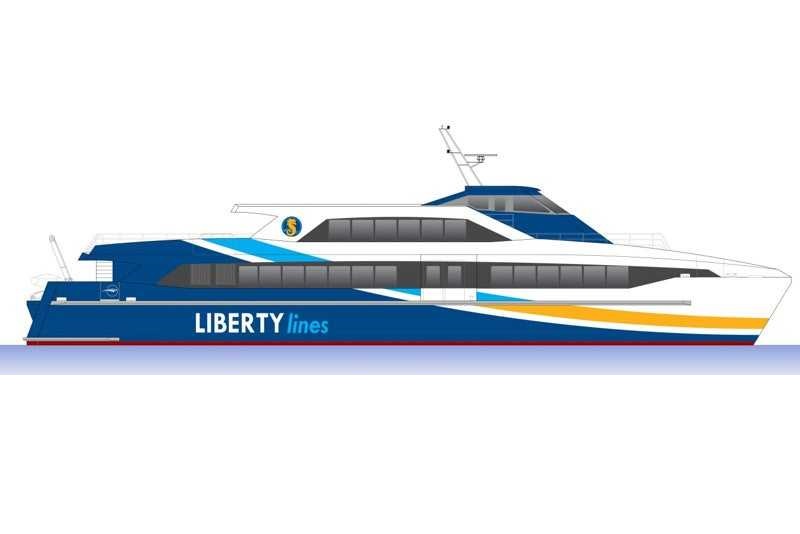 EST-Floattech announces a new major order. The German office is increasingly establishing itself and recently signed a long-term framework contract with Rolls-Royce Power Systems for the ‘Green Orca 1050’ battery module on board of ten newbuild vessels.

The first order of the new partnership is lithium polymer battery modules of the ‘Green Orca 1050’ series as part of 9 hybrid fast ferries of Italian operator Liberty Lines equipped with mtu hybrid propulsion packs supplied by Rolls-Royce Power Systems. The sister vessels of identical design will be built at the Spanish shipyard Armon between April 2023 and April 2024. The vessels are scheduled to set sail between 2023 and 2026 for ferry operations between Sicily and Croatia, and will sail to and from smaller Italian islands as well.

Secondly, the hybrid propulsion pack of a 76 meter mega yacht from Turkish yacht builder Turquoise Yachts will be supplied with 1,512 kWh of battery power. Delivery of the propulsion pack is planned for 2023, and the yacht is scheduled to be taken into service in 2025.

Both on the ferries and on the yacht, the battery systems are used for cruising speeds of up to 8 knots. In all-electric operation, for example when entering and leaving port, anchoring and maneuvering, this not only produces no emissions and protects the environment, but also enables greater comfort on board due to the minimal sound generated.

“The Framework Agreement is a milestone achievement for EST-Floattech Hamburg. Rolls-Royce Power Systems and EST-Floattech will work well together. Both companies are setting milestones on the road to climate-neutral shipping with the approved Series 2000 and Series 4000 mtu marine diesel engines, respectively the approved and DNV-certified Green Orca 1050 batteries”, says Walter van der Pennen, Chief Commercial Officer at EST-Floattech.

“Rolls-Royce Power Systems was convinced by the technical capability, high quality and reliability related to our battery system“, reports Sales Manager Germany Marc Mühlenbeck. “Furthermore our technical and commercial team showed they can move fast and were able to respond fast to all technical requests.“

As one of the world’s leading maritime battery suppliers, EST-Floattech aims to contribute to the sustainability of maritime mobility through its safe and reliable long-lasting energy storage systems. This framework contract with Rolls-Royce Power Systems allows both companies to contribute to these goals by building environmentally friendly high-speed ferries.

EST-Floattech (2009) is specialized in developing, delivering and installing reliable, sustainable and safe battery systems for maritime and other applications. The in-house developed Battery Management System software is integrated to assure safe delivery and charging of power. The feasibility and reliability of EST-Floattech’s battery technology is demonstrated by the more than 200 projects we have done involving ships that have been sailing with our batteries for more than a decade.