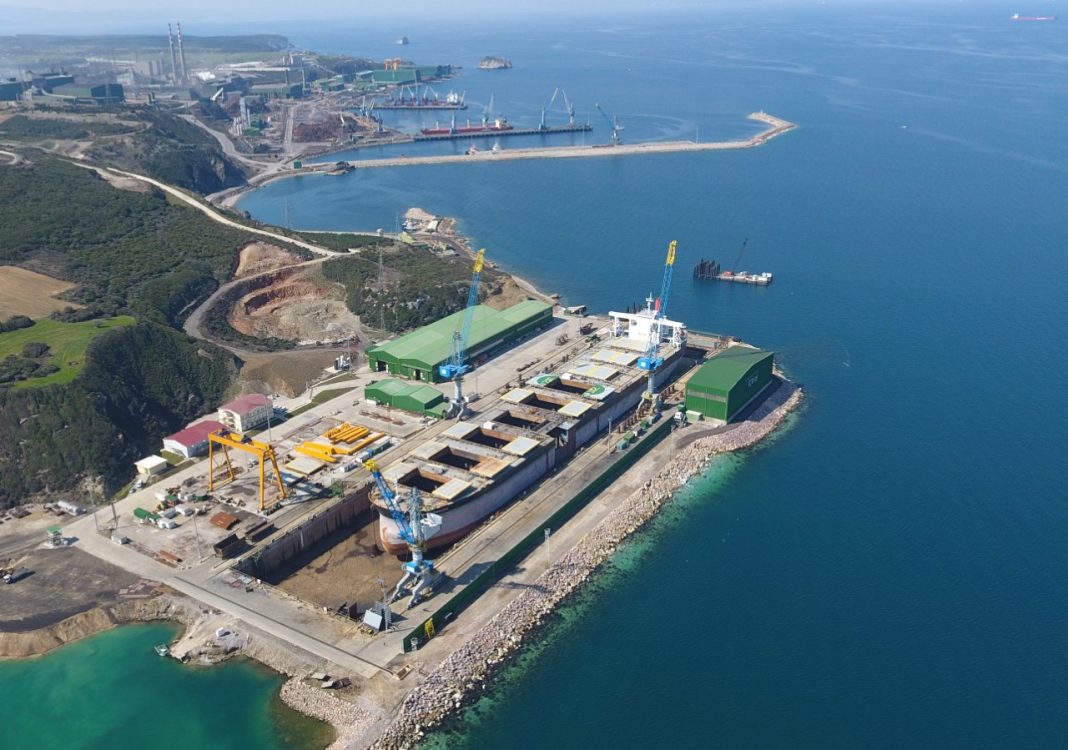 Berg Propulsion has secured its first new tug order in Türkiye since the opening of Berg Propulsion Eurasia in April 2022 – the entity which has been revitalising the well-known marine equipment brand regionally. The company has been contracted to provide a range of propulsion and control equipment for a harbour tug to be built at İÇDAŞ Shipyard.

Built to a Robert Allan design, the newbuild RAscal 2000 tug will join the İÇDAŞ fleet to support drydock operations and activities in its surrounding port area of Çanakkale, northwest Türkiye.

“We needed to achieve a 35-tonne bollard pull, which is high for a harbour tug of this size, and we could do this competitively because our set up can handle 8% higher input power than comparable systems,” commented Mustafa Müslüm, General Manager, Berg Propulsion Eurasia.

For Berg Eurasia, the deal represents not only a first tug propulsion order from İÇDAŞ, but a breakthrough into Türkiye’s significant tug market. Berg Propulsion supplied four MPP controllable pitch propellers to the same shipbuilder between 2012 and 2015, for cargo ships.

“We are delighted to be working with Berg Propulsion again, and we look forward to the delivery of the equipment package for this powerful tug in September 2023, and to working with Berg on other projects in the future,” said Kayhan Bilekdemir, Shipbuilding Sales Representative, İÇDAŞ Shipyard.

“Berg equipment is robust and reliable, while the company is highly collaborative on supply and installation. Berg Propulsion Eurasia has also quickly established the after sales infrastructure to support a powerful presence in Türkiye.”

Two years after re-emerging as an independent force in marine propulsion and vessel control, Berg Propulsion has been investing strongly in manufacturing facilities in Hönö, Sweden and in its international network. With Berg Eurasia set up to manage sales, service, commissioning and aftermarket support, the Istanbul operation provides a significant example of the company’s strategy for enable regional hubs to support local supply and service needs, said Müslüm.

The Berg Propulsion Eurasia General Manager added that the supplier was now working hard to ensure regional customers were fully aware of the group’s broad-based range of propulsion solutions. These include integrated hybrid diesel-electric systems, electrical drives and a distinctive thruster-to-upper gears interface which offers a straightforward way of securing the benefits of a hybrid diesel with electric motor installation.