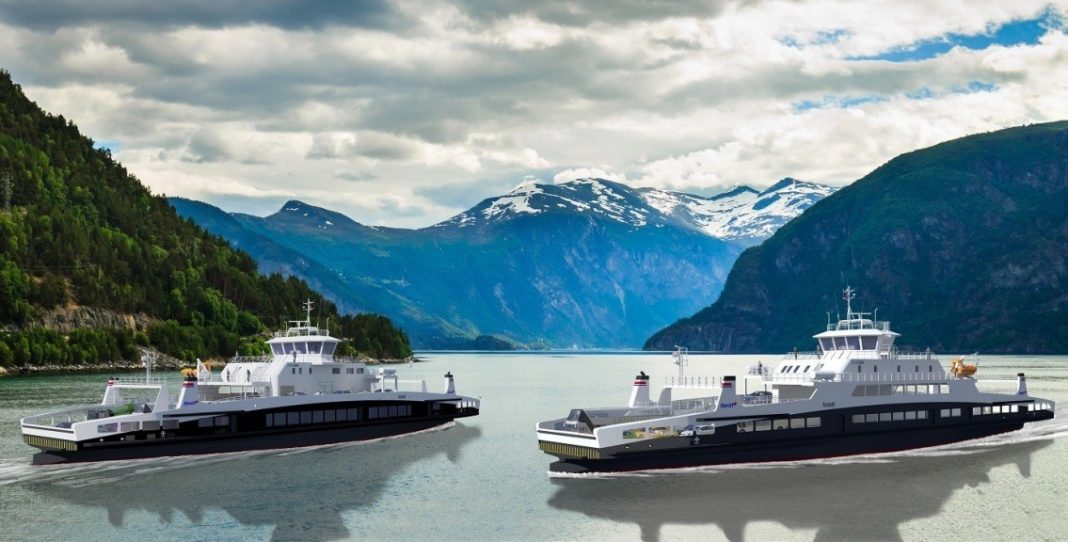 Brunvoll has signed a contract with Tersan Shipyard in Turkey for the delivery of azimuth propulsion units and control systems for autonomous operation of two electrical double ended shuttle ferries for Fjord1 in Norway. The sister ferries are designed by HAV Design and will operate routes between Stranda – Liabygda and Eidsdal – Linge, in Norway.

Bernt Rune Riksfjord, Sales Manager Shuttle Ferries at Brunvoll, is very satisfied that Brunvoll once again is the preferred partner for a new ferry project.

“This once again confirms our position as a preferred partner for modern eco-friendly ferries. Brunvoll’s azimuth propulsion thrusters designed for high operational efficiency and low energy consumption together with our in-house hydrodynamics capabilities enables us to provide units highly optimised for these vessels “, says Riksfjord.

The two ferries will be the first vessels equipped with Brunvoll’s new Auto-Crossing system, enabling autonomous operation of the ferry

“Brunvoll has invested significantly into developing autonomous solutions the later years and we are very excited about these two new vessels”, says Knut Andresen, EVP Product Development and Engineering. “Our propulsion and manoeuvring units support most motor technologies, but we see that electrical are increasingly popular, often driven by the use of batteries or hybrid energy sources.

We believe that to fully energy optimise vessel operation, autonomy and data logging are critical functions. Thus, we are looking forward to developing this further with Fjord1 on two local ferry routes.”

The two 84-meter double-ended ferries will be powered by two Brunvoll Pulling Azimuth Propulsion units, each of 1000 kW.  The ferries will be equipped with a BruCon control and automation system with operator stations, Auto-Crossing and Condition Monitoring System. The BruCon Auto-Crossing system ensures energy optimised operation with route and speed control, while the BruCon Condition Monitoring System provides in-depth monitoring of the system as well as data logging for analysis and optimisation.