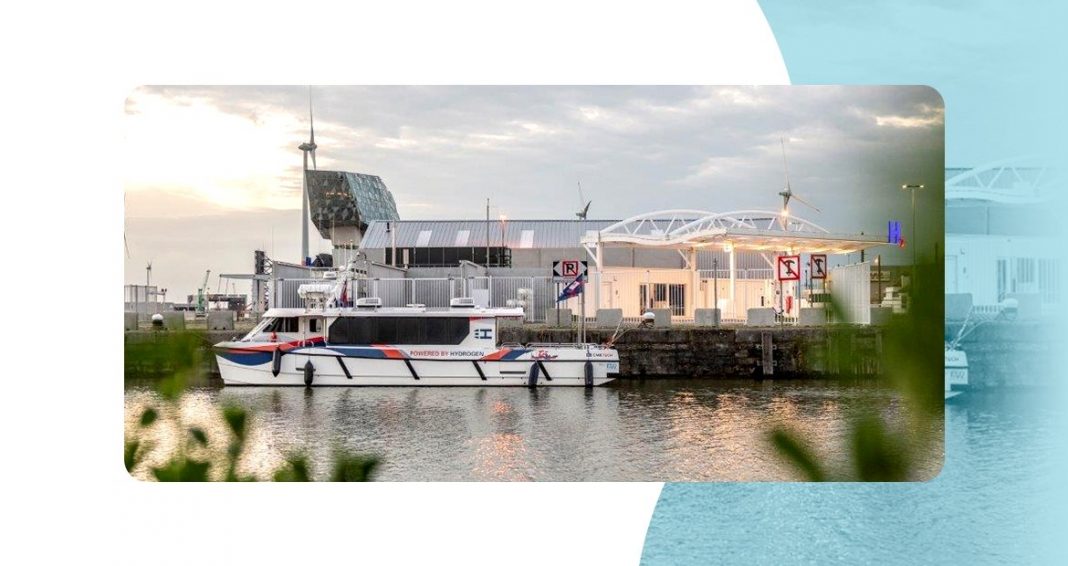 The Port of Antwerp, Belgium, will be home to the world’s first hydrogen refueling station capable of supplying green hydrogen directly to ships, cars, trucks and industrial customers. The station, built by CMB.TECH, will utilize the Cummins HyLYZER®-250, a 1.2 MW PEM electrolyzer, to produce hydrogen on site. CMB.TECH is the cleantech division of CMB. The company is an active developer and integrator of hydrogen solutions with a focus on engineering, hydrogen production, industrial and marine applications.

Located at a port house between the city and the port, the fueling station is perfectly positioned to provide industrial applications and ships in the port with hydrogen and be easily accessible to the general public. Cummins Inc. has already delivered electrolyzers for more than 60 hydrogen fueling stations across the globe, providing onsite hydrogen generation through electrolysis. A single 1 MW electrolyzer system can generate over 400 kg of hydrogen daily at fuel-cell-grade purity, enough to fuel 16 freight trucks up to 600 miles (over 950 km) each. These systems have already been scaled successfully to over 20 MW.

When electrolyzers are powered by renewable energy sources such as wind, solar or hydroelectric, the hydrogen is totally green, with zero well-to-wheel carbon emissions.

For years, Cummins has been focused on solutions that use materials and technologies that have less impact on the planet to deliver value and prosperity for our customers and communities. In 2019, the company published PLANET 2050, an ambitious plan which includes science-based targets aligned with the Paris climate accords and a target to be carbon neutral by 2050.

Accessible hydrogen refueling stations are a vital part of the emissions reduction journey, as they make hydrogen-powered transport a realistic option. Cummins sees governments around the world supporting the adoption of hydrogen technologies in different ways and believe that all policies should encourage infrastructure support.

Infrastructure is needed to ensure Cummins’ systems can support the adoption of hydrogen and fuel cell technology economy wide. Government investment in infrastructure sends a strong signal to the industry that this transition is happening and creates more certainty for investments.

In Antwerp, refuelling is fast and simple (dispensing at 700 bar for cars and 350 bar for buses and trucks). In addition to the fuelling station, the site will also contain two trailer docks that can be used to transport excess green hydrogen for industrial and refuelling activities elsewhere. Already well underway, the refuelling station will be open to customers in 2021.