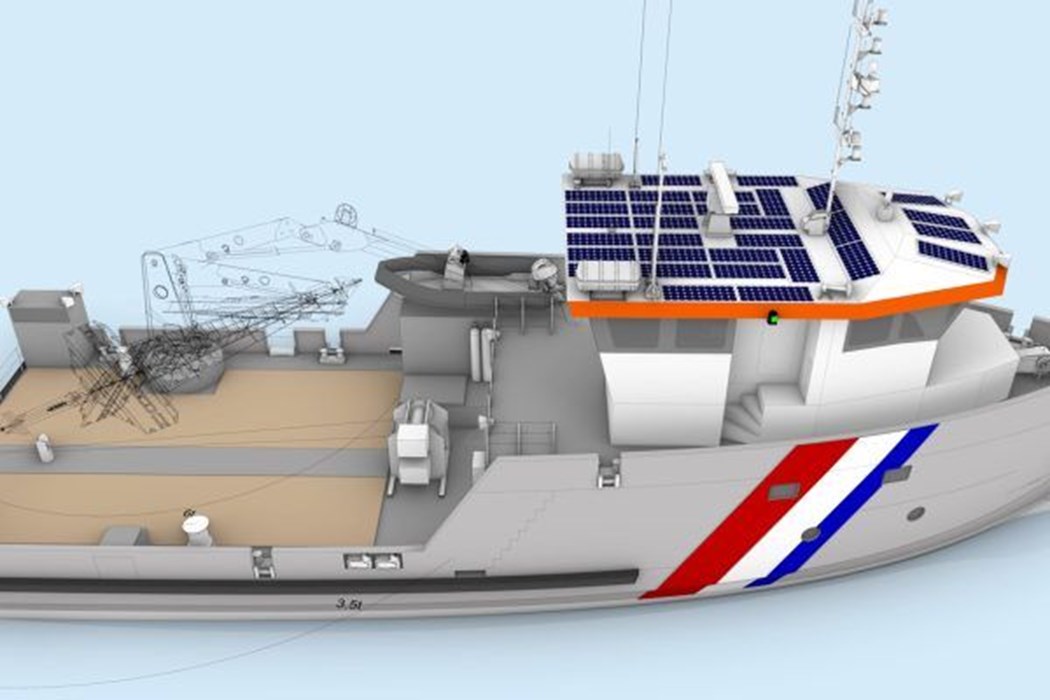 Danfoss Power Solutions’ Editron division will power a new hybrid-electric buoy-laying vessel for the “Armement des Phares et Balises,” the French government’s department responsible for signaling dangers and marking shipping routes along the French coast. The vessel will be used to maintain and replace navigational buoys around the island of Corsica.

In 2019, the French Inter-Ministerial Committee for the Sea committed to a series of measures aiming to decarbonize its marine industry. One of those measures is the decarbonization of vessel propulsion and onboard energy. The commissioning of the electric buoy-laying vessel by the Armement des Phares et Balises contributes to this sustainability target as the vessel will provide fuel savings of 25% to 30% compared to conventional diesel-driven vessels.

ECCS Marine will carry out the electric system design and integration of the 24-meter-long vessel, while the Editron division will equip it with two electric motors powered by 150 kilowatt-hour batteries, allowing the boat to be fully electrically propelled on occasion. In addition, the energy stored in the battery packs can be used to boost the hotel load when more power is required. This means that the power of the electric motor can be minimized when operating in generator mode, bringing efficiency benefits. To further minimize its environmental footprint, the ship will also use solar panels.

In addition to the Editron motors, the vessel will have two Volvo D16 IMO Tier 3 engines equipped with particle filters driving two variable-pitch propellers. The ship will also be equipped with a 35-ton crane and several winches to maneuver the buoys, as well as a dynamic positioning system allowing the Armament des Phares et Balises crews to carry out missions with the greatest possible precision and safety.

“Our Editron system is designed for any type of marine vessel, since its benefits – such as lower fuel consumption, reduced emissions, freedom of design and easy integration – are universal. It is especially ideal for a work boat like this, as the tough requirements for reduced space and weight are no issue for the market-leading power density of our parallel hybrid propulsion system.”

“The buoy-laying vessel will be regularly entering and leaving ports and sailing across Corsica maritime protected areas, so it was important that greenhouse gas emissions and noise pollution were kept to a minimum – something the Editron division was able to ensure with their propulsion system. This project has demonstrated that a totally electrified marine industry is within reach, so we hope this electric vessel will be the first of many for this fleet.”

The Merré and CIB shipyards are currently building the vessel at their two main production facilities in Nort-Sur-Erdre and Brest, France. The ship is set to be delivered in mid-2023.