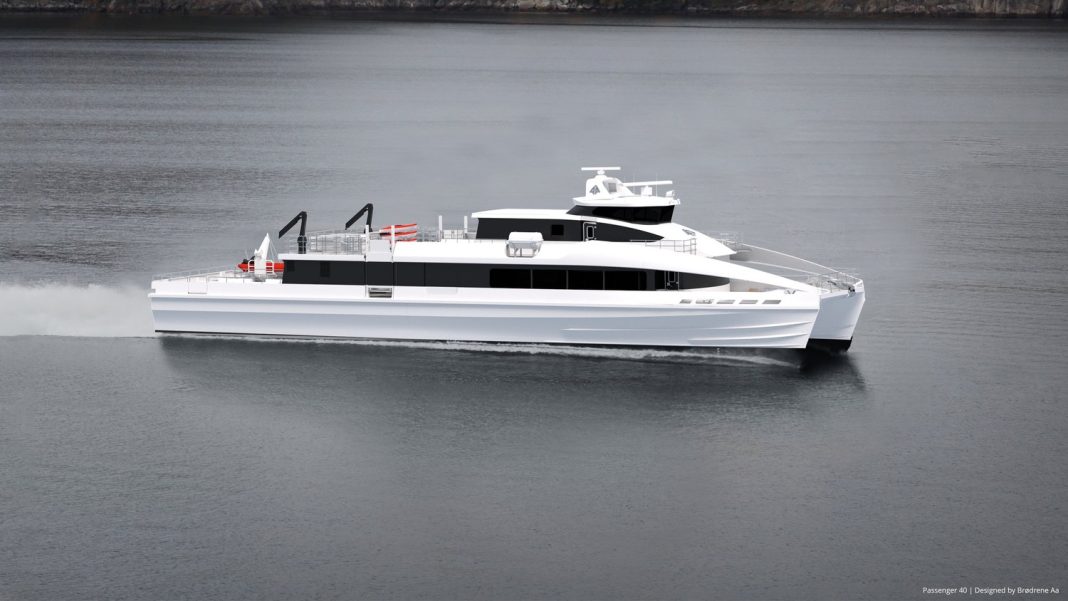 Nordland County Municipality awarded Norled a high-speed passenger ferries contract for the routes between Bodø and Væran, and Bodø and Gildeskål earlier this spring. The two main vessels will be built by Brødrene Aa.

– We are naturally very happy with this contract, and that we can once again take on a construction assignment for Norled, says Tor Øyvin Aa, daily leader in Brødrene Aa. – The project is at the same time ground breaking, where a real high-speed passenger ferry operation in a demanding route along the Nordland coast is now being electrified. Thirty knots all-electric is a milestone for a high-speed passenger ferries, and this project will stand as a reference for the roll-out of emission-free speedboats in the years to come.

Brødrene Aa have gradually gained solid experience in building electric boats. The first hybrid electric boat, Vision of the Fjords, was delivered from the yard in 2016, followed by two all-electric sister ships in the following years.

In 2020, Rygerelektra was delivered to Rødne. Built as a speedboat according to the high-speed code, it managed as a 300 pax vessel with 2MWh installed power to achieve a speed of 23 knots.

– With the new boats from Norled, we double the battery capacity from Rygerelektra, and with this amount of energy, the boats will be able to operate all-electric 70% of the time, Tor Øyvin Aa explains. – We see that battery technology is constantly evolving, but there are still challenges related to weight. The generator must therefore be installed to cover some of the energy needs.

The contract for the fast boat routes between Bodø and Væran, and Bodø and Gildeskål has a duration of ten years, starting in January 2024. Norled will operate two main vessels and one reserve vessel in the tender. There is also an option to operate the route between Bodø and Myken during the summer months.

– It is very gratifying that Nordland County Municipality emphasized the environmental aspect in the contract, so that the connection can now be electrified. We look forward to welcoming travellers on board our new, electric vessels in 2024, says Norled’s CEO, Heidi Wolden.

Norled and Brødrene Aa have collaborated on several high-speed passenger ferries that have challenged technical requirements and environmental requirements, as well as solutions that provide universal design. – We look forward to the further development of new environmentally friendly speedboats together with Brødrene Aa, says Wolden.

– We appreciated the good collaboration we have established with Norled through a longer concept development period, and we look forward to strengthening this collaboration further into the construction period, concludes Tor Øyvin Aa.