Ostseestaal and Ampereship commissioned to build an electric car ferry. 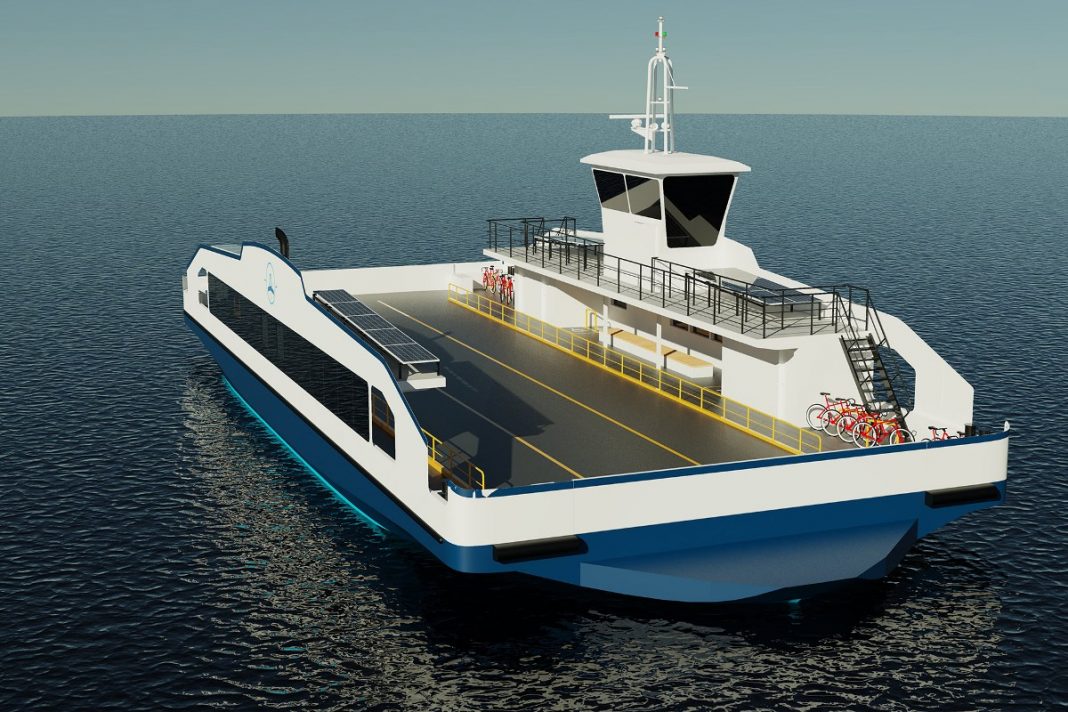 Stralsund Ostseestaal GmbH & Co. KG has received an order from Stadtverkehr Lübeck GmbH to build an electric car ferry. From March 2023, the ship, designed as a double-ended ferry, will connect the Travemünde district of Lübeck with the Priwall peninsula, which also belongs to the Hanseatic city. The 37 meter long new ship can take up to 300 people, 15 bicycles and 18 cars or 12 cars plus two trucks on board for the 240 meter long crossing over the Trave. The steel electric car ferry is built by the companies Ostseestaal and Ampereship.

“With the Priwall ferry, we are realizing a new building project for inland waterway transport for the second time, which is designed with a fully electric drive to transport vehicles as well as passengers,” emphasizes Dr. Thomas Kühmstedt, Technical Director at Ostseestaal and Managing Director of Ampereship. Four years ago, Ostseestaal delivered the world’s first electric car ferry for inland waterways, the “Sankta Maria II”. The zero-emission ferry commutes on the Moselle between the towns of Oberbillig and Wasserbillig (Luxembourg).

“It is a very complex and demanding shipbuilding project. The ship is designed in such a way that it can subsequently be converted to a completely emission-free drive with minimal effort. Different options (hydrogen/battery fully electric) are deliberately kept open here. At present, the necessary infrastructure is still missing, so the ship still needs a “range extender” in the form of a diesel generator. Nevertheless, the ship will already be able to be operated more than 50% fully electric every day and completely emission-free during this period,” says the responsible Business Unit Manager Ingo Schillinger, underlining the shipbuilding and engineering ambitions of the current order.

Driven by two 231 kW Voith drives, the new electric car ferry for the Trave will be in use 24 hours a day, emphasizes Manger Schillinger, one of the special challenges of the new building. The ship operates at a service speed of 6 km/h. A maximum speed of 14 km/h is possible.

The planned Priwall ferry is currently in the design phase, with production starting in May 2022.

In the association of Ostseestaal and Ampereship, twelve electric solar ships have been built for various applications. Last year, the Usedom ferry “Antonia vom Kamp” and the Rostock ferry “Warnowstromer” were delivered. They transport people and bicycles. The two Stralsund companies currently have other demanding new builds of electro-solar ships in their order books. Three identical passenger ships are destined for Switzerland. In addition, the Bodensee-Schiffsbetriebe GmbH (BSB) shipping company based in Konstanz (Baden-Württemberg) has ordered an electro-solar passenger ship for 300 people and secured an option for a second ship until the end of 2022. Construction has now started on two ships.

Data & facts about the Lübeck ferry