Potential fuel saving in converting from Water Jet to CPP 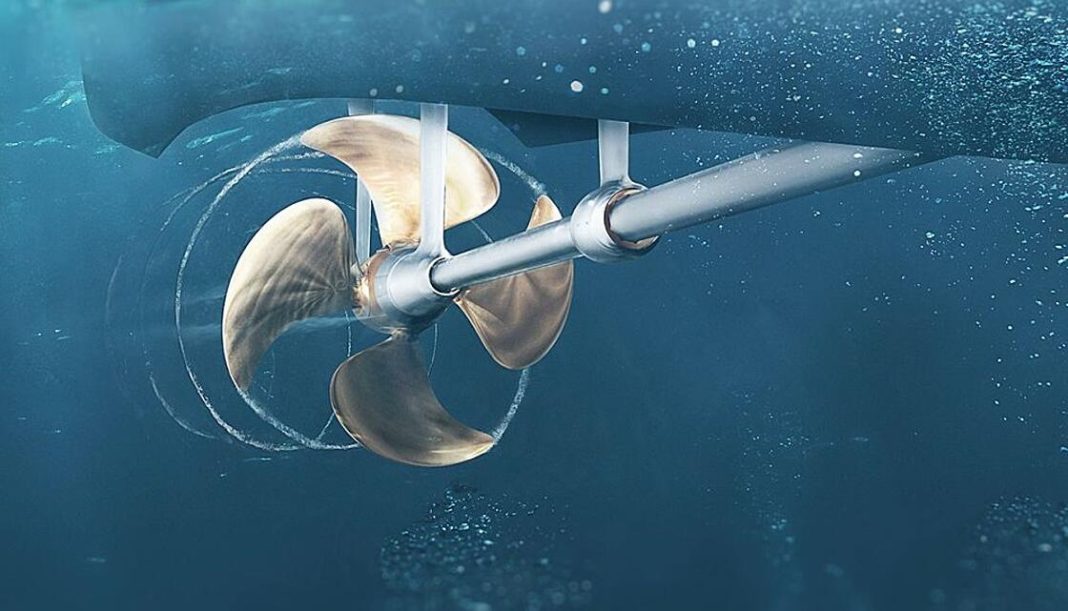 Because of its link to the overall performance of the vessel, the propulsion system is doubtlessly an important part of any vessel. The three most frequently used propulsion systems are the Water Jet (WJ), the Fixed Pitch Propeller (FP) and the Controlled Pitch Propeller (CPP).In this article, we will discuss the differences between the WJ and the CPP, take a quick glance at their pros and cons and how choosing the right system can potentially reduce fuel consumption and by that, the cost and emissions as well.

The Water Jet propels vessels by a reaction force, generated by high-speed jetting of the water stream. With this system the propelling force is generated by adding momentum to the water by accelerating a certain flow of water in an astern direction.

The CPP has a fixed diameter of the blades adapted to the vessel, however at a changeable pitch. Meaning that the propeller blades can be dynamically adjusted during an operation through turning the angle of attack. Consequently, it can be used to run the vessel in both forward and astern direction, without having to change the rotational direction of the shaft.

When selecting a propulsion system for your vessel, it is important to consider the different variables or characteristics that are important to your means of operation. Both the Water Jet and the CPP has great features and advantages, it really just depends on your vessel and its intended use.

Investing in the right propulsion system can heavily influence consumption, environmental impact and the performance of your vessel.

The Water Jet has several characteristics that may affect the fuel cost negatively, but also has its advantages:

FUEL CONSUMPTION OF THE WATER JET

FUEL CONSUMPTION OF THE CPP

The CPP has several qualities directly affecting its efficiency and fuel consumption:

Today, the Water Jet is market leading in terms of number of vessels in operation. On the other hand, more and more shipowners are exploring the possibility to utilize a CPP system for their vessels.

It is becoming clear that, under many circumstances, the CPP is by far the most efficient, as well as the propulsion type that can make the biggest difference in terms of economy and environment due to its low consumption of fuel compared to the Water Jet.

However, it is important to keep in mind that it’s crucial to regard the propulsion line as a whole when considering the options. A CPP will only work at its best when it is thoroughly designed together with the rudder, brackets and the tunnel.

When investing in a new vessel or converting your current vessel, make sure to do a proper evaluation and get professional measures on potential fuel savings and environmental footprint before making your decision. It is well known that a Water Jet system might be less expensive to install on the vessel, but in the long run the fuel consumption and environmental footprints might be worth paying attention to.