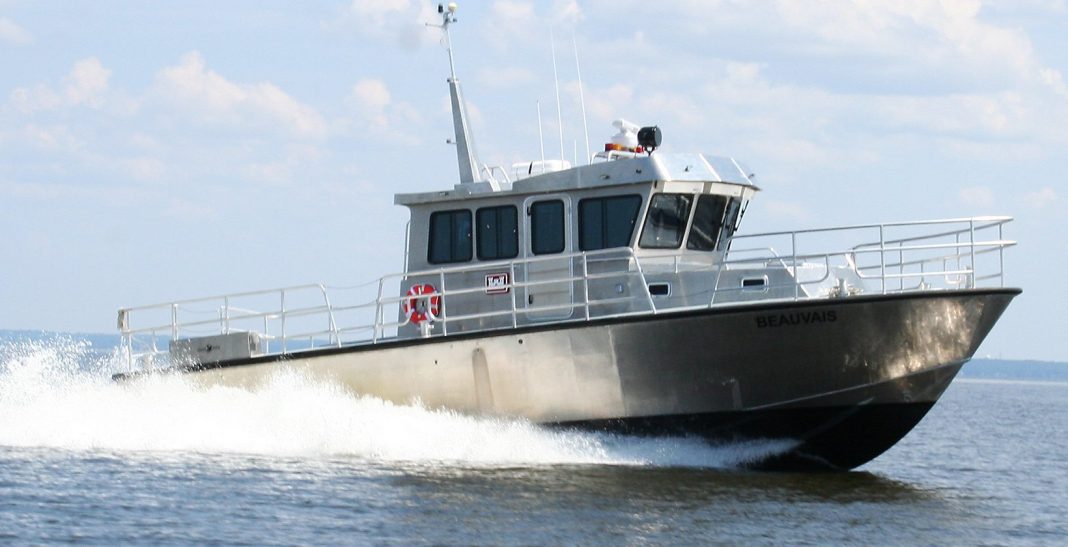 When your biggest customer is the U.S. Navy, followed closely by the U.S. Army Corps of Engineers, getting the job done right matters. For Silver Ships Inc., that means making quality the top priority in every vessel build — and choosing partners, like Cat® dealer Thompson Tractor, who are just as committed to excellence.

“We’re trusted as a company that can deliver a product that is high quality and meets military and government standards,” says Jason Powers, Director of Business Development for Silver Ships. “We have a long record of past performance showing that we’re going to do what we say we’re going to do.”

That commitment has led to decades of steady growth for the Alabama-based company. Founded in 1985, Silver Ships today builds between 50 and 100 aluminum workboats a year at its 95,000-square-foot production facility near Mobile.

Although the company does produce some vessels for commercial applications, the vast majority of its customers are federal, state and local government agencies. Almost every contract includes a list of specific requirements touching on everything from performance to safety to emissions and more.

“Over the years, we’ve built up a very strong engineering team led by our chief naval architect,” Powers says. “Many of our employees come from a military background, which helps us understand those specific needs and requirements.”

When it comes to configuring Cat marine engines into its workboats, Silver Ships can count on fast response times and expert support from the team at Thompson Tractor.

“Our customers’ requirements are constantly changing, so having a responsive vendor who can get us pricing quotes quickly so we can respond to bids is very helpful,” Powers says. “Once a vessel goes into production, Thompson Tractor has a robust engineering team to support our engineers with the large amounts of technical data required to ensure the Cat engines integrate properly into the vessel.”

POWER THAT’S THE RIGHT FIT FOR THE BOAT

Currently, Silver Ships has seven workboats with Cat engines in production — including a C18-powered vessel for the Army Corps of Engineers. Often, government shipbuilding contracts come with the engine already specified, but in this case Silver Ships was able to make the selection.

“We did some analysis on which engine would provide the best solution to give us the speed and layout we needed for that boat,” Powers says. “We also wanted to propose an engine that we had past experience with in the 800-horsepower range. The C18 was the best fit.”

Two previous vessels built by Silver Ships for the Army Corps of Engineers, delivered in 2012 and 2015, featured C18 engines. The engineering team was happy to have the opportunity to spec it again.

“The C18 is one of the most power-dense diesels in the marketplace in the 800-horsepower rating,” Powers says. “That’s definitely one reason we select Caterpillar — engine speed, weight and horsepower rating.”

From start to finish, Powers finds Caterpillar and the Cat dealer network both easy to work with and focused on providing real value to Silver Ships’ customers.

“Thompson Tractor has our back when we’re going through the build process, with a great product and builder support,” he says. “Then, after the boat leaves here and the customer needs to get the engines maintained and serviced, Caterpillar has a great support network around the world with parts and service.”

“THOMPSON TRACTOR HAS OUR BACK WHEN WE’RE GOING THROUGH THE BUILD PROCESS…THEN, AFTER THE BOAT LEAVES HERE AND THE CUSTOMER NEEDS TO GET THE ENGINES MAINTAINED AND SERVICED, CATERPILLAR HAS A GREAT SUPPORT NETWORK AROUND THE WORLD.”