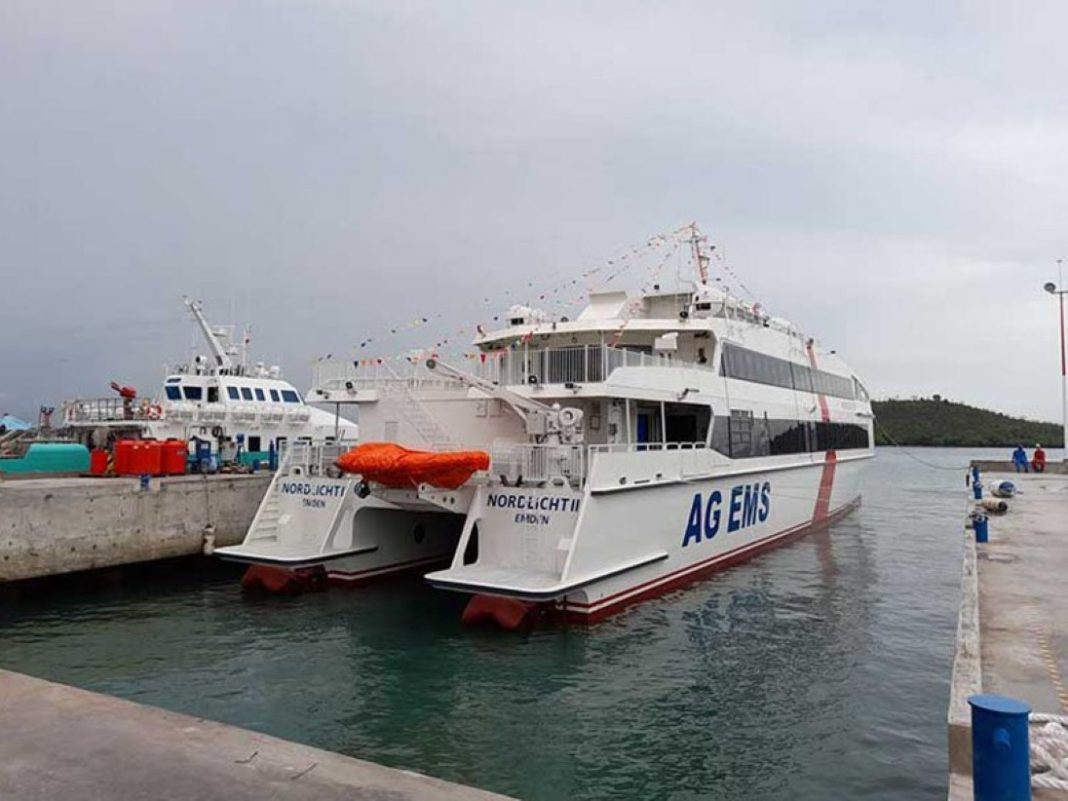 German AKTIEN-GESELLSCHAFT ‘EMS’, has announced the imminent entry into service of its new, high-speed catamaran ferry, the 450-seat ‘Nordlicht II’. The newbuilding features two highly-efficient MAN 16V175D-MM engines with a power output of 2 × 2,960 kW, giving a maximum speed of 35 knots. The vessel was constructed in Indonesia by the Penguin Shipyard Group where it was already largely completed in March 2021 when it was technically launched.

Florian Keiler, Sales Manager High-Speed – Yacht & Ferry, MAN Energy Solutions, said: “This is another, excellent reference for the engine. These 16V175D-MM units are highly competitive in the 3 MW power range and perfectly suited to high-speed ferry applications with their typically high average-loads and harsh operating conditions. Furthermore, the engines’ best-in-class fuel-consumption and long TBOs make them the most economic units available in this power range.”

Keiler added: “The MAN 175D continues to win orders from customers that demand a combination of high power and compactness, as well as robustness, while simultaneously delivering low operating costs. The engines will also operate on ecofriendly synthetic gas-to-liquid fuel (GTL), which ties in perfectly with MAN Energy Solutions’ decarbonisation strategy in support of the maritime energy transition.”

After testing in Singaporean waters, the newbuilding will shortly be transported to Europe where it will arrive in Emden, Germany in mid-June. Upon official commissioning in early July, the Nordlicht II will start the daily ferry schedule on the German Islands in the North Sea..

About the MAN 175D engine

MAN Energy Solutions has developed the MAN 175D engine range to supplement and complete its product portfolio in the maritime sector. In three variants of 12, 16 and 20 cylinders, the engine is available with an output ranging from 1,500 to 4,400 Kilowatts and is optimised for propelling ferries, offshore supply vessels, tug boats and other working vessels. Other market areas, such as super-yachts and naval marine applications are also served by additional, specialist model versions.It is also an extremely eco-friendly engine, being designed from the outset with compliance to the latest, as well as future, exhaust-gas-emission requirements and utilises a very compact and flexible SCR system, which enables vessel designers to optimise space on board to the maximum.