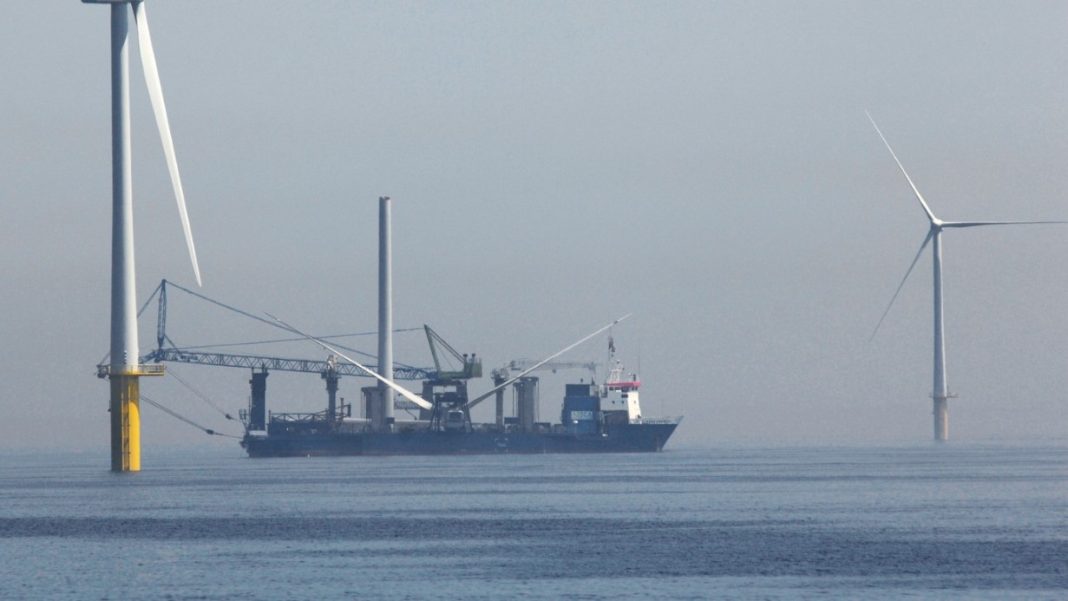 In the future, more and more of our energy will come from wind and solar power. Since nothing changes as much as the weather, the amount of electricity supplied by wind and solar is also in a constant state of flux. How can we overcome this? How can we ensure that the supply and consumption of power are as closely aligned as possible? Vattenfall is setting its sights on hydrogen production in the North Sea.

The summer holidays are yet to start, but bid manager Daan van Eijkel is already looking forward to autumn. This is when the company that has won the tender to build ‘Hollandse Kust West’ will be announced. Van Eijkel prepared the bid for part of the wind farm: lot VII. If Vattenfall wins the tender for ‘its’ lot, the company will build the world’s first hydrogen cluster as part of an offshore wind farm there. Three wind turbines will be equipped with electrolysers. The hydrogen they produce will be transported via a pipeline to the Port of Rotterdam and fed into the hydrogen network there. The hydrogen will then be transported to users via a network of pipes – in the same way as with natural gas.

Production at the source

There are various plans for onshore hydrogen plants, but comparatively few for offshore production. According to Catrin Jung, Head of Offshore Wind at Vattenfall, this is a logical development. “Hydrogen production at the source offers clear advantages, not only in financial terms, but because it is practical.” Jung expects offshore hydrogen production to deliver green hydrogen at competitive prices. In addition, it will ease pressure on the overloaded onshore electricity grids. Hydrogen will become an important part of the energy mix as part of a fossil-free energy supply. This is essential for the ongoing transition to a sustainable energy supply and increasing electrification.

Earlier this year, Vattenfall received subsidies from the Scottish government to develop the world’s first hydrogen turbine off the coast of Aberdeen. Vattenfall wants to use Hollandse Kust West as a springboard for taking the next step and connecting multiple hydrogen turbines.

Jung says: “Hydrogen is set to play an important role in the future. The experience we gain in Scotland through offshore production can be applied on a larger scale at Hollandse Kust West. This makes the wind farm an important next step towards hydrogen production on a commercial scale.”

In the hydrogen cluster, which consists of three turbines, containers are placed on special platforms. These containers are filled with electrolyser modules, transformers and batteries. When working in tandem, these containers make it possible to convert the generated electricity in the wind turbines into hydrogen. The planned total capacity for the cluster is 45 MW.

“We want to show that the next step is already within reach and that we can produce offshore hydrogen on a large scale,” Van Eijkel explains. “Thanks to the ‘island mode’, hydrogen turbines will eventually be self-sufficient, so there will be no need to connect to the electricity grid.”

Hydrogen, the medium of the future

It is no coincidence that Vattenfall believes hydrogen will play a key role in the future. Hydrogen is a gas that can be converted to electricity without CO2 emissions and used in sectors where emissions are difficult to reduce, not least because high temperatures are used. Oxygen can be separated from hydrogen using electrolysis, a process in which water is energised. When the hydrogen is brought into contact with oxygen again, this releases energy. And this is all without emissions – the only residual product is water. The great advantage of hydrogen is that it can be stored. This is the major challenge of solar and wind energy at present: once generated, the energy must be used immediately. Storing this energy requires highly expensive batteries. Instead, green energy can also be converted into hydrogen, which can then be transported and brought into contact with oxygen to generate energy when required. This allows surplus energy to be used and ensures there is a sufficient supply in times of scarcity.

Several new wind farms will be built off the coast of the Netherlands in the coming years. The next one scheduled for construction is Hollandse Kust West. The project consists of two parts, lot VI and lot VII, with lot VII primarily being assessed for system integration, i.e. plans to align the energy system of the future as closely as possible. Vattenfall is competing in both lots. The winner of the construction contract will be announced after the summer.