TetraSpar Demonstrator has now been safely installed at the METCentre 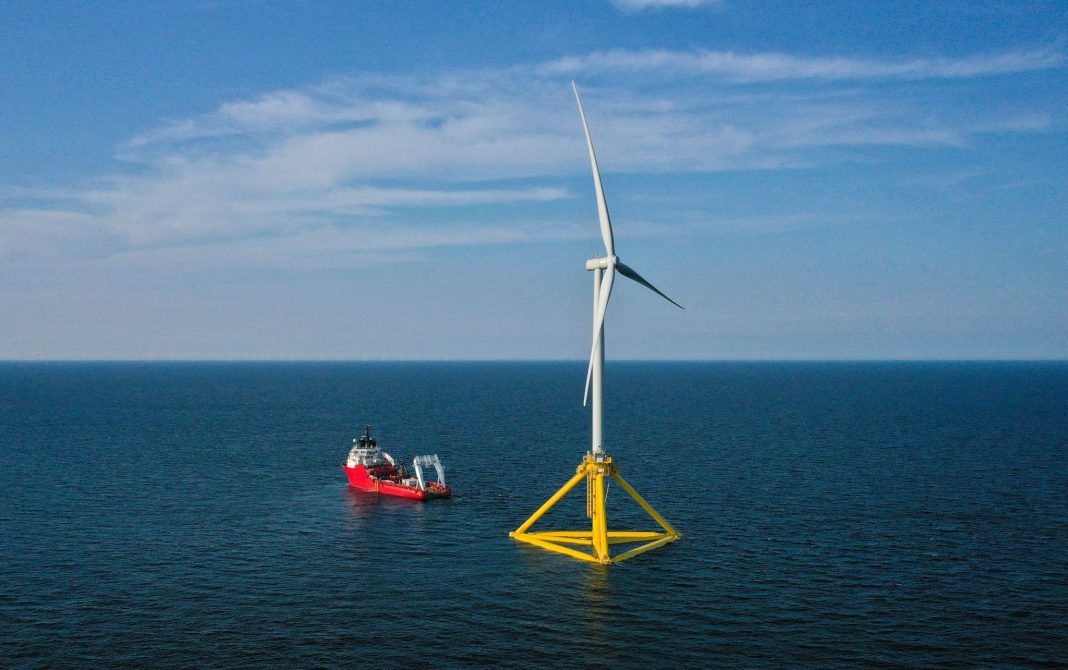 The installation is the last in a string of milestones that have been reached in close cooperation with our partners, Shell, RWE and TEPCO RP:

– Fast assembly of the modules at the quayside, requiring no special port facilities

– Safe deployment of keel when towed to location of sufficient depth, making the TetraSpar Demonstrator the world’s first spar foundation capable of deployment from an ordinary, shallow-water
port

All of this has been made possible through excellent support from our key suppliers, including but not limited to Welcon (manufacturing), SGRE (wind turbine), DSM (supplier of Dyneema ropes), BMS (onshore operations), Bourbon (offshore operations), Blue Power Partners (project management), and the Port of Grenaa and METCentre.

And it would not have been possible at all without the dedicated contributions from the teams of Shell, RWE and TEPCO RP.

TetraSpar Demonstrator ApS is owned by Shell (46.2 per cent), TEPCO Renewable Power (30 per cent), RWE (23.1 per cent), and Stiesdal Offshore Technologies (0.7 per cent).