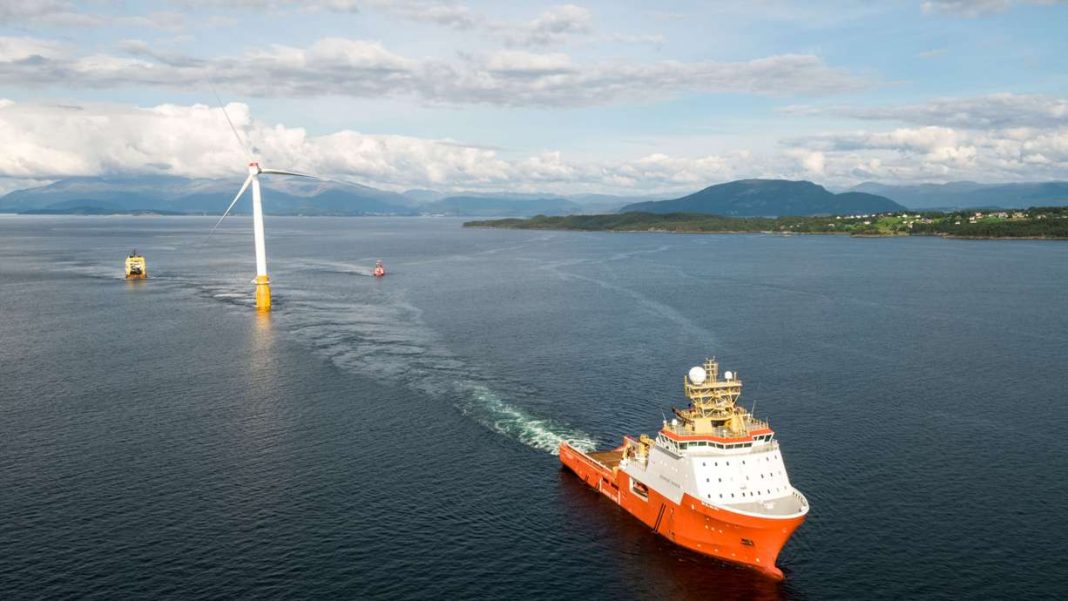 Marine-i has welcomed the news that floating offshore wind projects will receive more than £60 million in public and private investment, to develop new technologies that will accelerate development of the fast growing renewable energy industry.

On 25th January, the UK Government announced the 11 successful projects that will each be awarded up to £10 million, as it puts forward £31.6m to boost the amount of clean renewable energy generated in the country. In addition to this, industry will match the investment bringing the total to over £60m.

The cash boost will further research and development in floating offshore wind with projects across the United Kingdom set to receive funding that will accelerate the deployment of turbines in seas around the UK. Research will focus on areas such as how turbines are moored to the seabed, undersea cabling and developing foundation solutions.

Among the beneficiaries of this new funding is Reflex Marine, a company with offices in Cornwall that Marine-i  has supported to develop its new technology. Part-funded by the European Regional Development Fund, Marine-i is designed to help the marine technology sector in Cornwall and the Isles of Scilly grow through harnessing the full potential of research and innovation.

JAVELIN is differentiated from existing mooring solutions in that the anchor is installed in a borehole deep below the seabed, in higher strength geological formations. It is then locked into the borehole using a novel technical solution.

Prof Lars Johanning, Programme Director for Marine-i, said: “It is fantastic news that Reflex Marine have been successful in their bid for this government funding. This will be a tremendous boost and will help them further accelerate their development plans. As Marine-i lead partner, the University of Exeter is proud to have been part of this bid for UK government funding and we are delighted that it has been successful.”

Philip Strong, CEO of Reflex Marine, says: “Mooring FLOW turbines cost-effectively and reliably presents a considerable challenge and one of significant commercial importance to the sector. The design of the anchor is key to developing cost effective moorings. JAVELIN is an innovative concept which changes the paradigm for high performance moorings for floating offshore wind applications.  It is differentiated from existing mooring solutions in that the anchor is installed in a borehole.”

The company says that JAVELIN is particularly well suited for high angle loadings required for taut-line mooring systems. This will be key to allowing denser spacing of wind turbine generators, which is critical to field economics.

Government funding of £3,268,058 has also been awarded to another business based in Cornwall, Trivane Ltd in Newquay. The funding support is  for their trimaran project, which comprises 3 barges, each of simple construction and hence low cost, meaning they can be built almost anywhere.

Prof Lars Johanning comments: “We are thrilled to see Cornish business Trivane recognised and supported by the UK government. Marine-i has also provided innovation support to Trivane, helping with research and development of a floating wind platform concept. The sheer quantity and quality of the innovation currently happening in marine tech in Cornwall at present is quite incredible.”