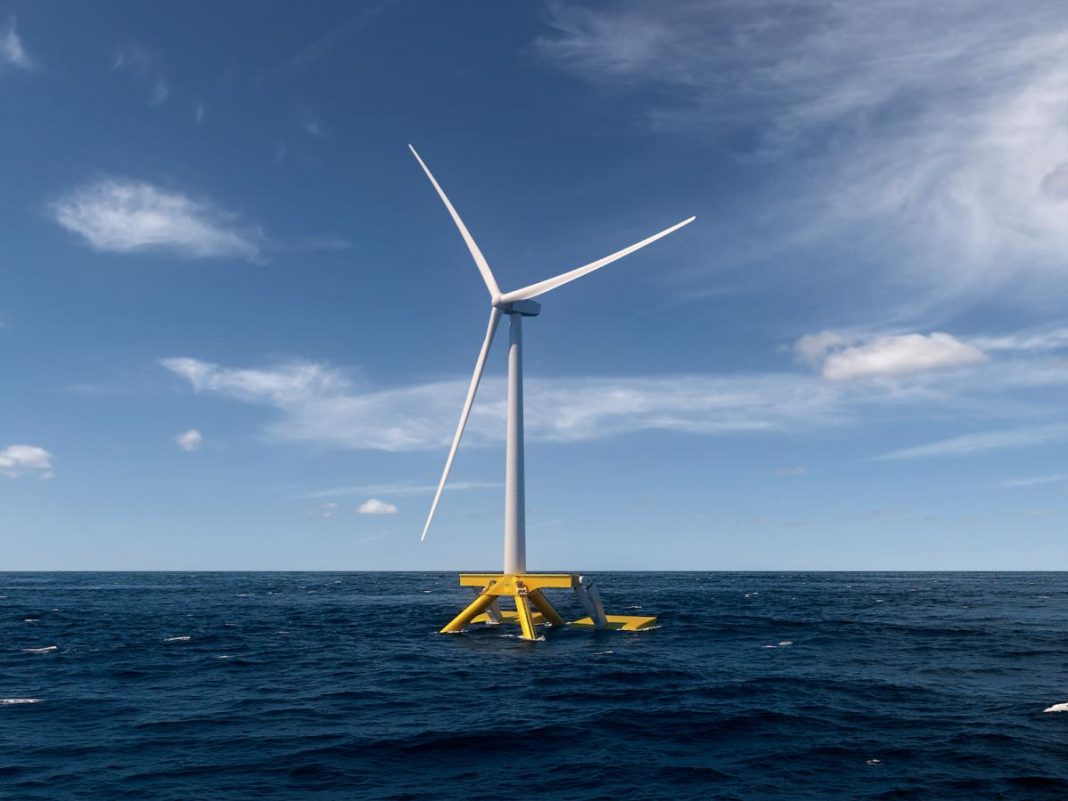 Marine Power Systems have been awarded £3.5m of grant funding through the UK Government Floating Offshore Wind (FOW) Demonstration Programme to further develop their floating platform technology and wave energy converter. They are the only UK floating offshore wind developer to be awarded this funding.

The programme supports the development of innovative floating offshore wind technologies and forms part of the UK Government Net Zero Innovation Portfolio born out of the Prime Minister’s ten-point plan for a green revolution. Competition for funding is intense and only those projects that can demonstrate the most potential are awarded support. Over £31m of government funding will be matched by over £30m from industry to drive forward plans to place turbines in deep-sea areas and where the winds are strongest.

Marine Power Systems have developed a modular and flexible floating platform technology that is the only solution of its type that can be configured to harness wind and wave energy or as a combined solution at grid scale.

The floating platform technology is based on a structurally efficient tetrahedral design that delivers exceptional stability and energy yields. It delivers the lowest cost when compared with its peers due to the significantly reduced system mass. Its unique and modular design is straightforward to assemble, deploy and maintain, supporting local content delivery through a decentralised logistics model. These benefits provide utility scale developers maximum flexibility between reducing cost and increasing local economic benefits, whilst in parallel accelerating farm deployment at scale.

The wave energy converter has a unique wave energy capture mechanism – directly and efficiently harnessing both the heave and surge energy of the wave. Each energy absorber can capture over a megawatt of power, and each device has multiple absorbers, leading to significant multi megawatt power output per machine.

“This funding award comes at an incredibly exciting time for the business and further demonstrates the unwavering commitment the UK is making to the development of floating offshore wind.”, comments Gareth Stockman, CEO, Marine Power Systems, “The global market is developing rapidly, and it is following a similar path to early stage fixed offshore wind. Our best-in-class technology delivers significantly reduced cost of energy and an optimal solution for industrial scale farms, placing us in a prime position to deliver on this global opportunity.”

Whilst offshore winds in shallow waters have been harnessed by fixed bottom wind turbines the wind and wave energy in deep water remains largely unharnessed and represents around 80% of the exploitable energy resources of our oceans.

The UK is already home to the world’s largest deployment of offshore wind. It will play a crucial role in delivering the UK’s net zero targets and a significant amount of that target will be delivered through floating offshore wind. The results of the ScotWind auction last week sends an extremely positive signal to the whole offshore wind sector and technology developers such as Marine Power Systems.

“We are already a world leader in offshore wind and floating technology is key to unlocking the full potential of the seas around Britain.”, commented UK Energy Minister, Greg Hands, “These innovative projects will help us expand renewable energy further and faster across the UK and help to reduce our exposure volatile global gas prices.”

Fixed offshore wind has become a fully industrialised product. Floating offshore wind is now taking its first steps towards commercialisation and wave energy generation can be integrated with that and used to further optimise the energy generated from a given area of ocean. The global market for floating offshore wind is expanding at pace and is estimated to represent around 10GW of installed capacity by 2030 and around 70GW of installed capacity by 2040.