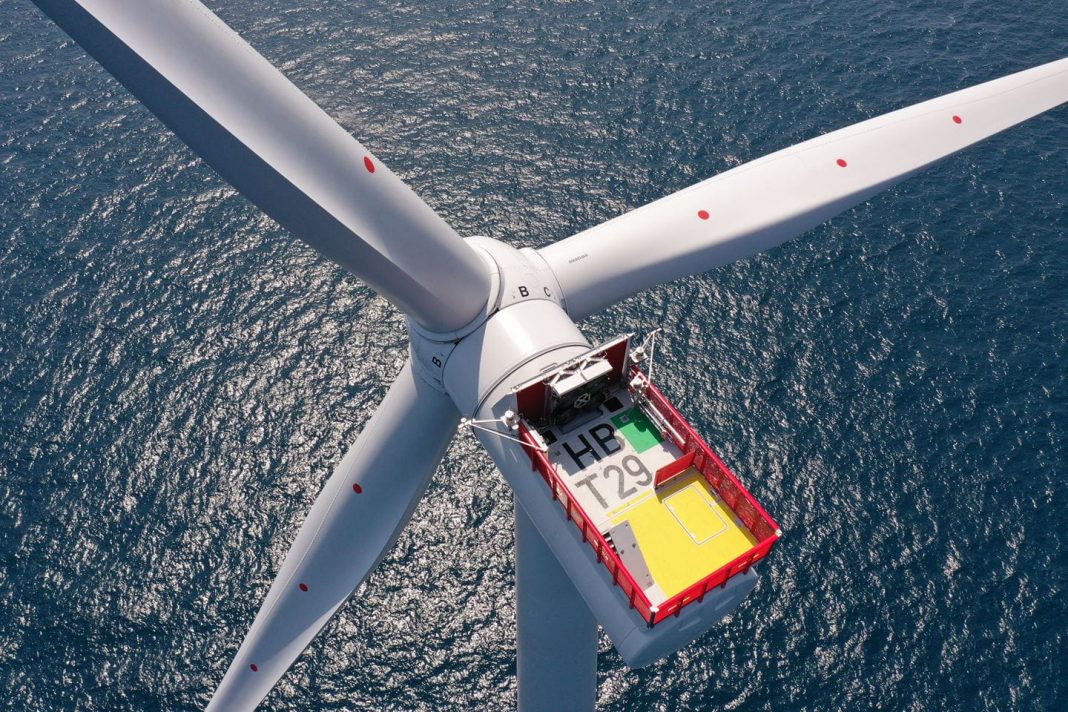 Leading renewable energy firm Ørsted has today confirmed that their 1000th offshore wind turbine has been installed in UK waters.

As part of the Hornsea Two offshore wind farm installation, the 16th turbine to be erected at site symbolises the world leader in offshore wind’s millennial milestone.

Duncan Clark, Head of Region UK for Ørsted said: “This is a significant milestone for the company, the industry and the UK’s journey to a cleaner energy system. The UK is the world leader in offshore wind, with the largest installed capacity and projects like Hornsea Two are helping the country to make significant strides towards the Governments legally binding net zero targets. The transformation we have seen since our first offshore wind installations 15 years ago is nothing short of incredible – with turbines more than doubling in size and cost of electricity generated dropping by more than half. When Hornsea Two is completed in 2022, our UK fleet of offshore wind farms will be capable of generating enough clean electricity to power more than 5.5 million homes.”

Business & Energy Secretary Kwasi Kwarteng said: “With the largest installed capacity in the world, the UK is a true world-leader in offshore wind. Ørsted’s significant milestone not only supports our climate commitments but demonstrates how far the UK has come in offshore wind in just 15 years, providing cheap, green energy to tens of thousands of homes and supporting good-quality jobs.”

In 2017, Ørsted completed a profound transformation, ceasing all investment in oil and gas and fully committing to renewable energy. Now the global leader in offshore wind, the company has built more offshore wind farms than any other developer in the world.

With a total of 12 complete offshore wind farms in the UK, Ørsted’s sites are able to produce enough green electricity to power over 4.2 million homes a year. This will rise to over 5.5 million homes when their current construction projects become operational.

In the past five years Ørsted has placed major contracts with over 100 different UK suppliers. Major construction components such as turbine blades and cables are now being manufactured in the UK, helping to create and safeguard skilled jobs.