SeaTwirl reports on results of tank tests conducted at SSPA 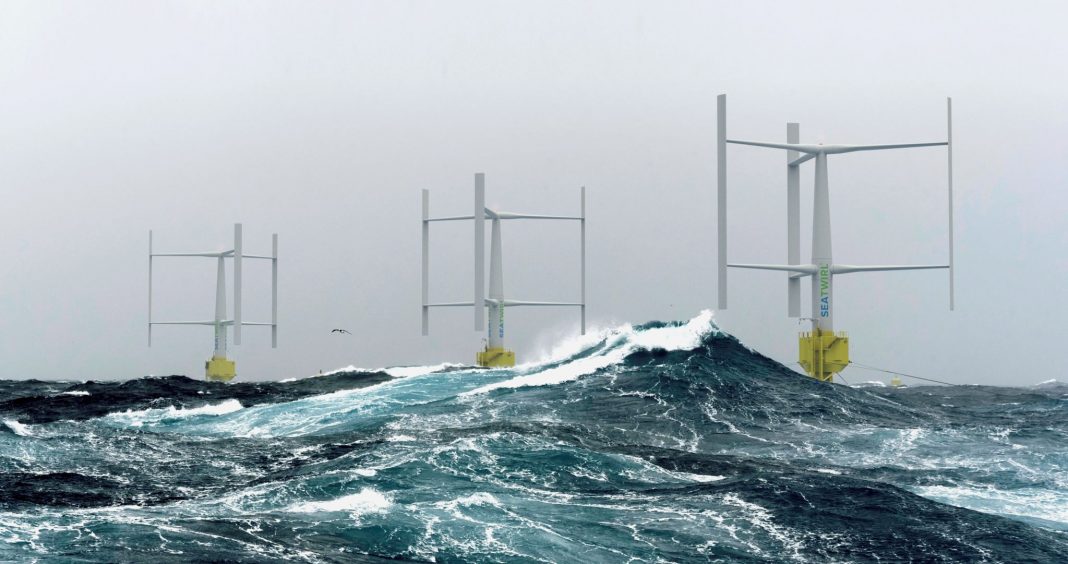 At the end of November, SeaTwirl conducted several tests at SSPA, which is located at the Chalmers University of Technology’s Johanneberg campus, in Gothenburg. Tests were conducted on the wind turbine’s floater in the SSPA’s Maritime Dynamics Laboratory (MDL), which simulates maritime environments with waves and currents. The model tested had a scale corresponding to 1:40 of SeaTwirl S2x, and the tests were conducted to confirm the Company’s own simulations of anchoring forces, the Magnus effect and the structure’s movements. The tests were conducted in combinations of currents, waves and rotational speeds to identify the impact from all input data, dependently and independently of each other.

A key parameter for hydrodynamic analyses is the heave period, which is why a stationary test was carried out. The test was conducted to validate the heave period of the structure. The method involved lifting the model slightly and subsequently allowing it to fall, and then measuring the heave periods until the model was stationary again. The result was a longer period than assumed in the simulations, which is highly positive because it reduces the risk of large heave motions.

Rotating on the floater as done by SeaTwirl S2x is relatively unique and gives rise to the Magnus effect when water surges onto the structure. The Magnus effect results in a force that is perpendicular to the surge direction on a rotating cylinder. A key feature of the tests was to investigate how the Magnus effect is impacted by rotational speeds, waves and currents for SeaTwirl S2x. The tests were first conducted without waves with a current, which was simulated by dragging the structure in the tank. When these tests were complete, the same tests were conducted with varying wave heights and wave intervals.

The results of these tests were manifold, but one initial significant result is that it is evident that the approach adopted by the Company is close to reality, which is very positive. In addition, the result will be used to refine the Company’s simulation models for future simulations.

Measurements of the forces on the anchor cable were taken in all trials to be used as validation of the simulation models. The Company uses several hydrodynamic simulation tools and data from these tests are extremely valuable in ensuring that all models provide satisfactory, accurate results.

“The tank tests are an important milestone for the project and for the technical solution selected by the company. Through this collaboration with SSPA, we have gained much more than we first expected from the tests. It has been instructive and it is fantastic that the results show that we have a conservative approach in the simulations of S2x. We are quite simply very satisfied.” Jonas Boström, CTO SeaTwirl.

SeaTwirl AB (publ) is a Swedish energy tech company in wind power with the vision to become global leader in floating offshore wind farms. SeaTwirl’s unique floating vertical-axis wind turbine is simple and robust with few moving parts. This suits the conditions at sea and minimises the need for maintenance, which leads to less downtime and more operating hours. These are key requirements for reducing the costs associated with the production of energy. The company’s first prototype was installed in the sea in 2015. Development is now taking place on the next full-scale unit of 1 MW installed turbine output. The company has been listed on Nasdaq First North Growth Market since 2016. Read more at: seatwirl.com.