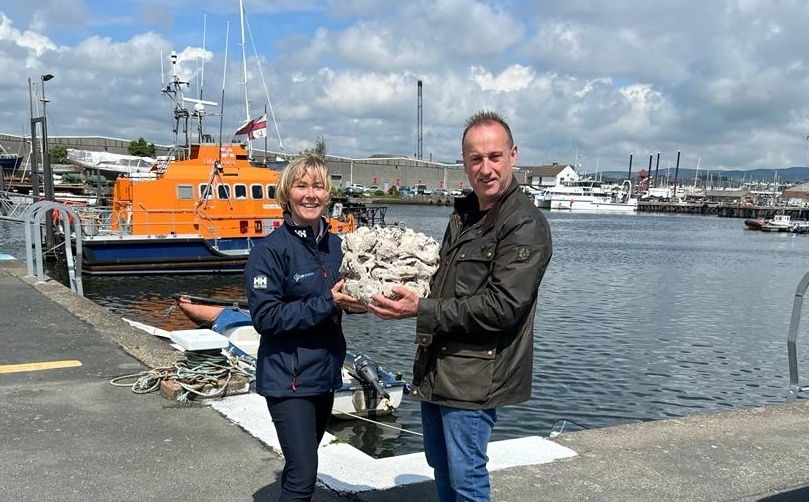 The sponsorship deal will provide funding for the habitat restoration and conservation of oyster reef habitats by NORRI at two sites located off the Murrough in Wicklow Town and off the Arklow North/ South coastal area, further demonstrating DP Energy and Iberdrola’s commitment to supporting the restoration of biodiversity in coastal waters and coastal protection.

DP Energy entered into a Joint Venture with Iberdrola in February 2021 for a 3GW pipeline of offshore wind projects. As one of the world’s largest renewable energy producers, Iberdrola has substantial experience in offshore wind development and importantly, shares DP Energy’s commitment to a sustainable and ethical approach to development.

Located off the coasts of Wicklow and Wexford, the Shelmalere Offshore Wind Farm is a 1,000 MW (1GW) fixed-bottom offshore wind project.

The Shelmalere project is currently in its early development stage, with ecology surveys underway and site investigation surveys being planned. Once operational, it will generate enough green energy to power the equivalent of nearly 860,000 homes. The project is programmed to be operational by 2030 and will significantly contribute to Ireland’s Climate Action Plan target of 80% renewable electricity by 2030.

Commenting on the sponsorship milestone, Yvonne Cronin DP Energy’s Community and Stakeholder Liaison Manager said: “We’re delighted to sponsor the NORRI project and to be involved with the brilliant work that is done by the NORRI Team. This is a long term commitment by DP Energy to the biodiversity of the East Coast and underlines the commitment that the Shelmalere Offshore Wind Farm through DP Energy and Iberdrola has for an ethical and sustainable approach to offshore wind development.”

Declan McMahon, Iberdrola’s Offshore Development Senior Project Manager said “The NORRI project will enhance the biodiversity of Ireland`s coastal waters for generations to come. Work to restore oyster reefs will protect the habitat for hundreds of species. It is an important project, and we are pleased to be able to play a role in supporting this work.”

Prof. Anamarija Frankić, Ph.D.  Native Oyster Reef Restoration Ireland Project Spokesperson said “NORRI has been working with local community stakeholders, and through this collaboration with DP Energy and Iberdrola, we are going to be able to implement the first pilot native oyster reef restoration project in Arklow.”