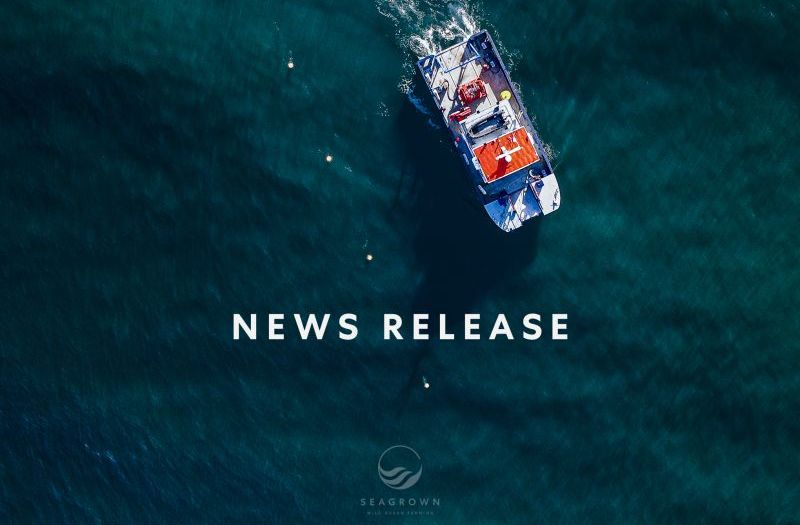 The Scarborough-based seaweed farming company has won a contract worth over £2.8 million, as the government drives forward its plan to scale up domestic renewable energy, including from biomass.

Since 2018 SeaGrown has been pioneering offshore seaweed farming in the UK and growing a sustainable crop of carbon-rich seaweed whilst promoting healthier oceans and a better planet.
Seaweed can be used for many different applications such as pharmaceuticals, cosmetics, food, bioplastics, and fertilisers to name a few, but perhaps the most exciting thing is its ability to draw down large amounts of carbon dioxide from the earth’s atmosphere as it grows.

At the same time as absorbing carbon, seaweed releases oxygen into the surrounding water, uses up excess nutrients and creates new habitats allowing marine life such as fish, mammals, and birds to flourish.

Over the next 3 years, SeaGrown will develop innovative mechanised systems for seaweed cultivation. This will open up the sector, allowing offshore seaweed farming to be adopted more widely across the UK and beyond.

Backed by the independent Climate Change Committee, biomass will form an important part of the UK’s future renewable energy mix, which will be vital for ensuring the UK’s energy security and reducing reliance on expensive fossil fuels.

‘SeaGrown is very pleased to have won this opportunity to contribute to the UK’s Net Zero Innovation Portfolio.’ Said SeaGrown Operations Director, Wave Crookes. ‘Seaweed is an incredibly versatile and sustainable source of biomass which shows great promise in our efforts to mitigate climate change. During this project, we are working with a multi-disciplinary team to transform the UK seaweed farming industry. Together we are developing innovative solutions to streamline offshore farming and allow other prospective operators to get started on creating sustainable jobs in their coastal communities, leveraging UK seaweed production and in the process providing maximum benefit to the marine environment. We are proud to be working with BEIS in this forward-looking programme to achieve this’.

SeaGrown currently operate on a 25-hectare farm site in the North Sea around four miles south-east of Scarborough, with plenty of room to expand further.

The project will allow SeaGrown to fundamentally alter the landscape of British seaweed farming and leverage production levels for generations to come.