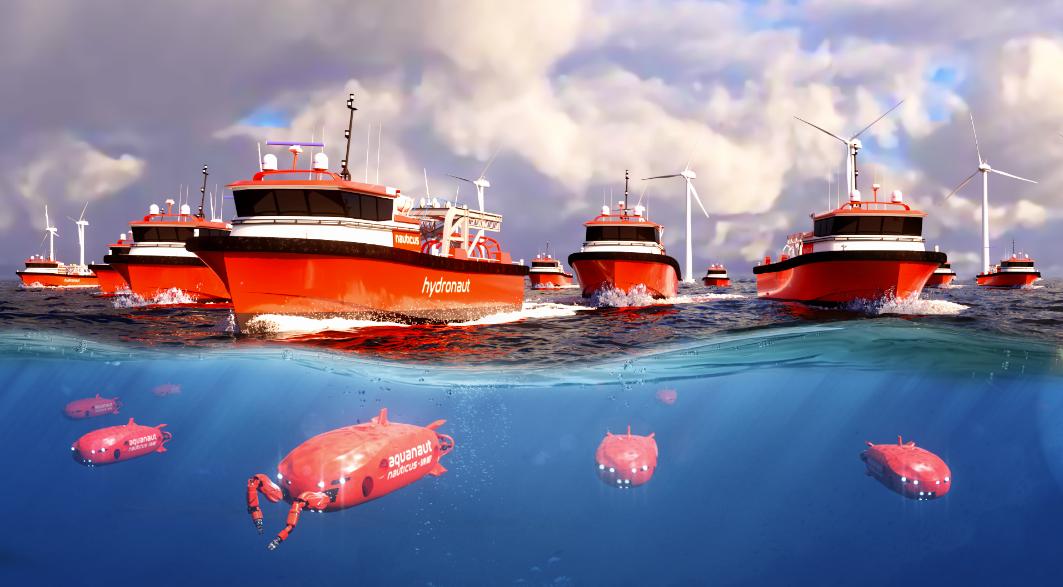 Nauticus Robotics Inc. (“Nauticus” or “Company”), a Houston-area developer of subsea and surface robotic services using autonomy software, announced today the initial production run of Nauticus Fleet, a robotic navy of 20 Hydronaut – Aquanaut pairs. These tandem pairs will be deployed in multiple offshore industries serving applications ranging from subsea maintenance and intervention to data collection activities. These first sets of robots will be delivered in Q4 2022, with the remainder being fulfilled by the end of 2024.

Nauticus is currently planning regional operations within the Gulf of Mexico, Norway, the United Kingdom, and Brazil. These regional bases will provide local subject matter expertise and logistics to maintain the highest quality of services. Eventually, Nauticus plans to have operational bases around the world, strategically located and equipped with local remote operation centers and service teams.

“Nauticus Fleet represents the most promising operational and technological step changes in this industry,” said Nicolaus Radford, CEO of Nauticus. “We are on a mission to create a future where more autonomous and intelligent robots are used to significantly reduce environmental impact and human exposure to hazards, while at the same time improving the bottom line for our clients.”

The surface aspect of the fleet is Hydronaut, an 18-meter optionally crewed autonomous surface vessel (ASV) that supports the launch, recovery and real-time operations of Aquanaut, its undersea robotic counterpart. Hydronaut ferries Aquanaut to and from the worksite and supports battery recharges and the communications link from the local remote operations center for supervised autonomous operations. Additional technical and operational support can be provided from Nauticus’ Houston-based global remote operations center.

Nauticus Fleet uses 21st century ocean robotic technologies to combat climate change and the global impact on the world’s marine environment. The cooperative pairing of both surface and subsea robots is enabled by ToolKITT, Nauticus’ autonomous software platform that affords robust machine intelligence in addition to just automation. We at Nauticus believe that this technology will impact the industry in three distinct ways: a greater than 90 percent reduction in greenhouse gas emissions over conventional methods; a greater than 50 percent reduction in operational cost; and an up to 90 percent reduction in personnel deployed offshore.

On December 16, 2021, Nauticus and CleanTech Acquisition Cop. (NASDAQ: CLAQ), a special purpose acquisition corporation, entered into a definitive business combination agreement that would result in Nauticus becoming a public company.

Nauticus Robotics Inc. is a Houston-based developer of cloud-based subsea robots, software, and services delivered in a modern business model to the ocean industry. Nauticus’ robotic systems will be delivered to commercial and government-facing customers primarily through a Robotics as a Service (RaaS) business model but also through direct product sales. This modernized approach to ocean robotics as a service has resulted in the development of a range of products for retrofit/upgrading legacy systems and other vehicle platforms. Nauticus’ services provide customers the necessary data collection, analytics, and subsea manipulation capabilities to support and maintain assets while significantly reducing their operational footprint, operating cost, and greenhouse gas emissions, to improve offshore health, safety, and environmental exposure.

CleanTech Acquisition Corp. is a special purpose acquisition company formed in January 2021 with the purpose of entering into a business combination with one or more businesses. CleanTech Sponsor I LLC and CleanTech Investments LLC, an affiliate of Chardan, are the founders and co-sponsors of CLAQ.