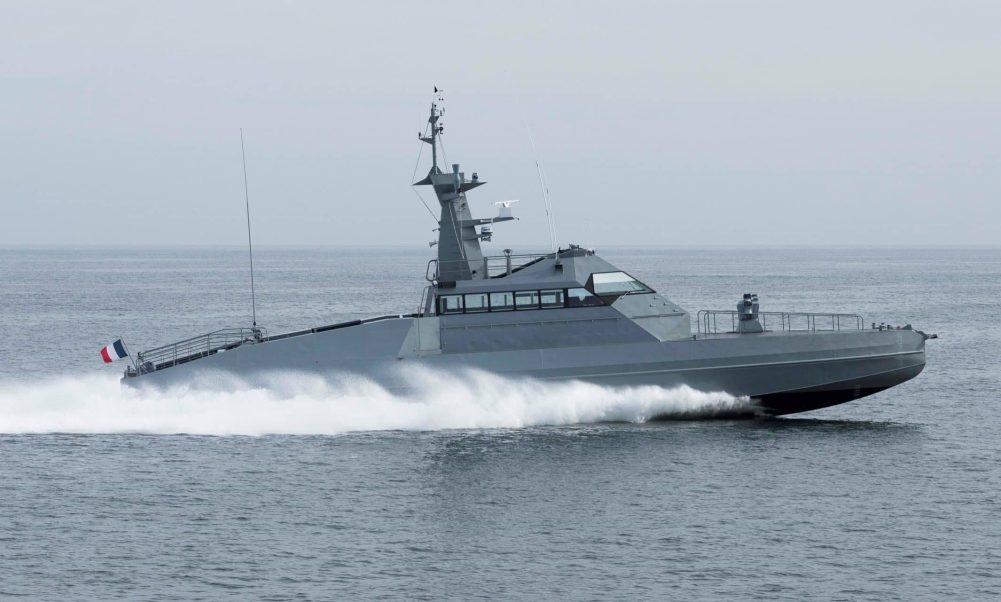 The French group CMN NAVAL is showcasing the fastest autonomous interceptor in the world, the UHSI32, at the upcoming World Defence Show from 6 – 9 March 2022, in Riyadh, Kingdom of Saudi Arabia (KSA). The autonomous abilities and features has been developed by CMN in cooperation with Sea Machines Robotics.

The UHSI32 combines multiple mission capabilities with high-speed performance (over 45 knots) and an extended patrol period of three days. With a length of 32m and beam of 7m, missions include maritime security, search-and-rescue (SAR), insertion, surveillance and protection of assets at sea.

“The UHSI32 is the first high-speed interceptor in its class which incorporates autonomous technology. We will continue to collaborate with world leaders in specific fields to push the boundaries of innovations and to become the world’s most advanced and sustainable shipbuilder,” said Fadi S. Pataq of CMN NAVAL.

“As a leading developer of autonomous control systems, Sea Machines brings innovation to the global security and defense sectors,” said Frank Relou, business development manager, EMEA, for Sea Machines. “This collaboration with CMN Naval represents the intersection of commercial and government sectors, and the capabilities of autonomous technology. We continue to prove the capabilities of our technology on the world stage, and we look forward to demonstrating its value once more at the World Defense Show.”

The World Defense Show 2022 is described as a fully integrated and future-focused defense event set to showcase the latest technological developments from across the globe.

About CMN Naval
In the last eight decades, CMN NAVAL has delivered more than 3,500 vessels and is present in 42 navies worldwide. Combining the group’s proven shipbuilding technologies with innovation to continuously push the boundaries and to become the world’s most advanced and sustainable shipbuilder. The group is composed of modern facilities and shipyards across Europe with locations in France, Germany, and the United Kingdom. CMN NAVAL’s product range starts from 15-meter high-speed interceptors to frigates of 130 meters plus. Learn more about CMN NAVAL at www.cmnnaval.com.

About Sea Machines
Headquartered in the global tech hub of Boston and operating globally, Sea Machines is the leader in pioneering autonomous command and control and advanced perception systems for the marine industries. Founded in 2015, the company builds autonomous vessel software and systems, which increases the safety, efficiency, and performance of ships, workboats, and commercial passenger vessels. Learn more about Sea Machines at www.sea-machines.com.

About Raytheon Anschütz
Raytheon Anschütz, a business of Raytheon Technologies, is a leader in maritime navigation, bridge, and mission systems. SYNTACS is a versatile command & control solution, combining navigational capabilities with situational awareness, mission management, or combat systems. Learn more about us: www.raytheon-anschuetz.com.