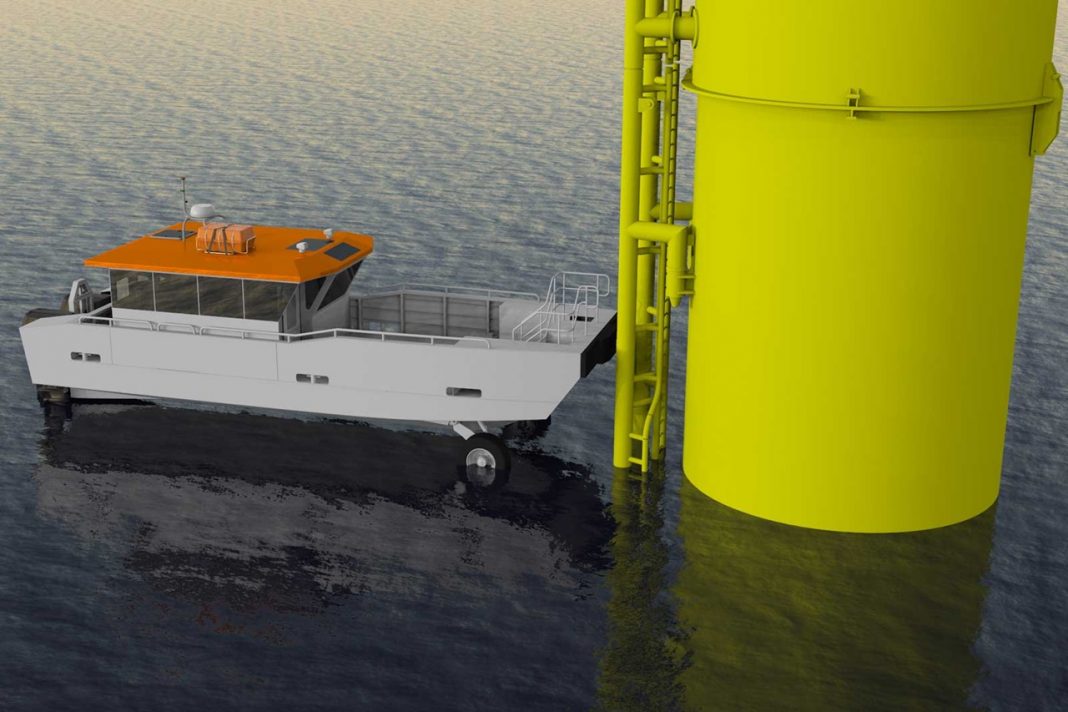 RWE, in partnership with Commercial Rib Charters (CRC), is driving an offshore wind revolution, with the innovative design and build of a world-first amphibious vessel for reaching offshore wind farms in shallow waters. The unique crew transfer vessel has initially been designed to reach turbines at Scroby Sands, which have become stranded by the natural rising tide of the sandbank on which it is built. The fully seaworthy vessel, which can also drive on land, provides a unique access solution for some of the industry’s first-generation assets affected by very dynamic seabed conditions.

“The new amphibious maintenance vessel at Scroby Sands is really exciting; it’s a great testimony to the talent of our employees and contractors, and once again demonstrates RWE and its partners leading the way in future-proofing offshore wind. Innovation is a critical part of the energy transition, supporting the growth of the offshore industry and ensuring the long-life operations of our offshore wind fleet in the UK and around the world.” – Sven Utermöhlen, CEO wind offshore, RWE Renewables

RWE is one of the world leaders in the design, build and operation of offshore windfarms, and has pioneered the development of the technology in the UK from its beginnings, 20 years ago. The energy leader counts innovation as core to the evolution of the energy transition, and continues to drive innovation across its renewables fleet – from recyclable turbine blades, new monopile driving techniques and airborne wind initiatives, to the development of green hydrogen, battery storage and solar power.

RWE’s 60 megawatts (MW) Scroby Sands Offshore Wind Farm was one of the first of a group of projects to be built in the UK, and all in coastal locations with relatively shallow waters close to shore. Scroby Sands was built on a prehistoric sandbank and, because of natural changes in the marine environment and coastal erosion, this has risen over time effectively isolating four turbines from being accessed by service vessels.

The bespoke solution was jointly developed in record time between RWE’s Operations team, its Technical Innovation team and its vessel provider Commercial Rib Charter (CRC), which contracted naval architects Chartwell Marine to carry out the design to the specifications requested. The vessel is now in construction and is being built by Isle of Wight based boat builders Diverse Marine; it will be operated for RWE by CRC, via a six-year contract.

Stuart Hedges of Commercial Rib Charter says ‘’The collaborative approach we have taken has helped mitigated the risk on such a technically innovative project. Working with highly competent marine architects and a boat builder steeped in experience has not only produced an excellent design but has done so to both budget and timetable. We signed the build contract with Diverse Marine in December, and we plan to be operational at Scroby in September this year.’’

The fully sea-worthy vessel is to be named ‘CRC Walrus’ in honour of R.J. Mitchells’ classic 1930’s Supermarine amphibious biplane. It has two wheels at the front and one at the back, and is capable of transferring 10 technicians and two crew to any of the turbines within the array, including on the raised sandbank. CRC Walrus is a 12-meter type approved crew transfer vessel, with a 1000kg deck cargo capacity.