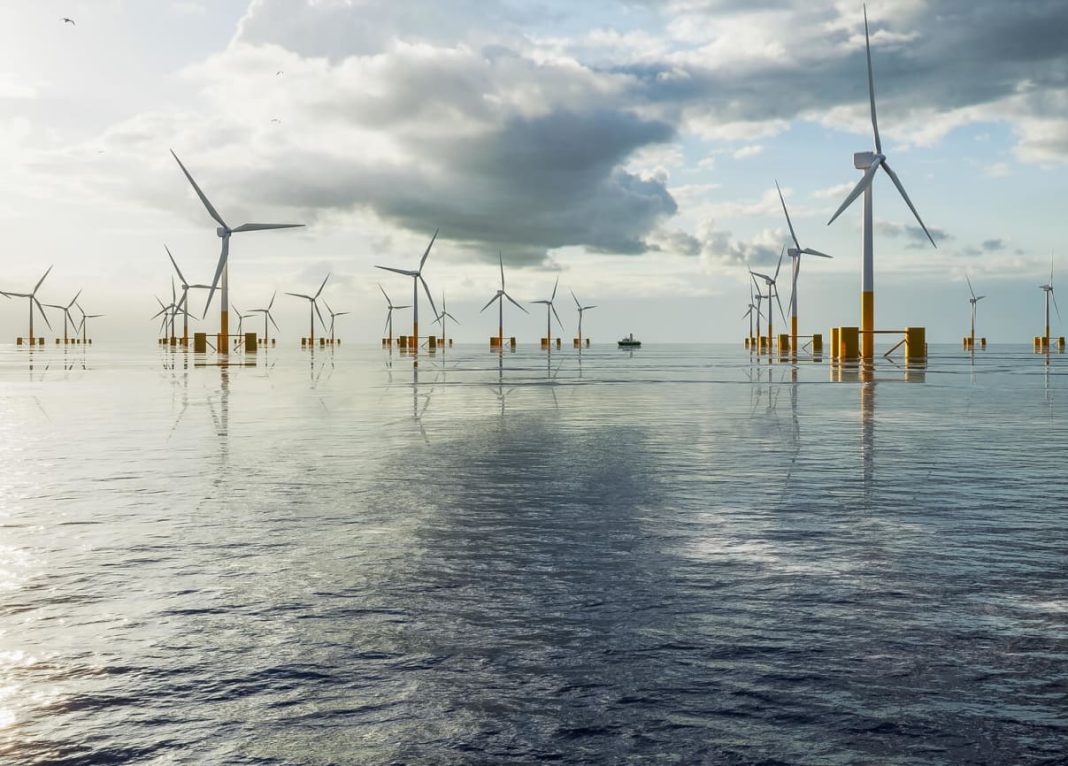 Damen Shipyards is developing a new class of vessel that will be capable of supporting the next big development in offshore wind; the roll out of large scale, floating offshore wind turbines (FOWT). Forecasts indicate that by 2050 over 200GW of new FOWT will be in operation, equating to around 13,500 units which together will be making a significant contribution to the transition to clean energy.

Given the size of the turbines and the depths of the water in which they will be positioned, these FOWTs will require chains and anchors of unprecedented sizes. Even just one installation starting to drag an anchor upwind of others could have a serious impact on the output of an entire wind farm, so the anchoring systems must leave nothing to chance. Research indicates that each FOWT will require between three and six anchors each, with chain diameters increasing from a typical 152mm for a large offshore structure to upwards of 220mm.

While the anchoring technologies will remain much the same, the vessels required to handle them will need to be much bigger than today’s anchor handling vessels. And given the projected demand for their services, they will also have to be exceptionally efficient.

In cooperation with suppliers and vessel operators, Damen is now working on a new class that will be able to meet this need. As an integrated R&D, design, engineering and shipbuilding group it has all the resources needed to undertake this challenge. It even has its own anchor and chain production facility, giving it additional insights.

While there is much work to be done, initial feedback from anchor handling specialists has been positive. Damen is also in discussions with other suppliers regarding new deck systems that can accelerate the loading of chain, synthetic rope, steel wire, clump weights and other possible mooring line components in the harbor while maintaining safety, a major consideration given the sizes and weights being contemplated.

Damen’s Offshore Construction facility at Damen Shipyards Mangalia, Romania, will also be playing a part in the floating offshore wind market development. In particular, it is well positioned and equipped to produce the large number of floating foundations on which the turbines will be mounted.

“There are many variables relating to the new vessel concept still to be assessed and explored, not least the final nature of the FOWT mooring systems,” says Damen’s Business Development Manager Offshore Wind, Wijtze van der Leij. “If larger numbers of lighter anchors and chains per turbine are judged superior to fewer but larger, the vessel design will adapt accordingly. But whatever the outcome, rapid growth in the offshore wind turbine sector is just around the corner and at Damen we are working hard now on the solutions that will support that growth in ways that are both economical and sustainable.”

The new vessel will be just the latest in a long line of innovative vessels designed and built by Damen for the offshore renewables sector. Recent additions include the Service Operations Vessel (SOV) range with walk-to-work capability for the efficient maintenance of offshore installations, and the new Fast Crew Supplier (FCS) 7011 for fast and comfortable crew transfers.