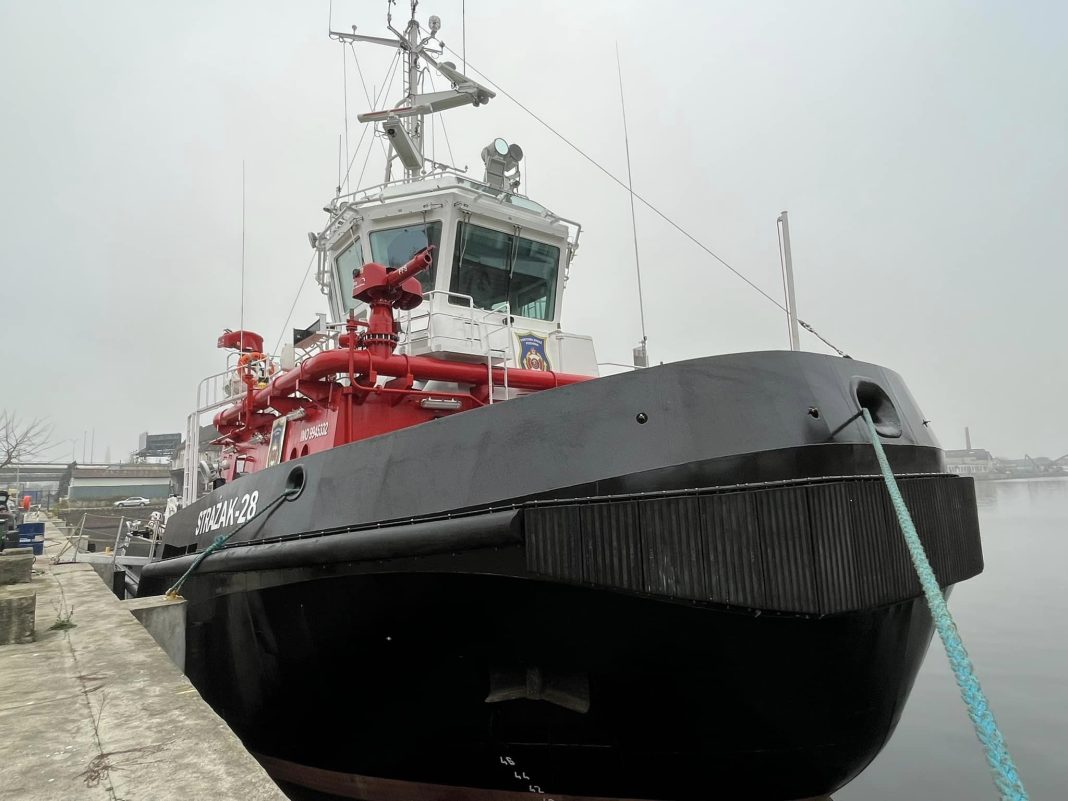 On Friday, 18 November, a delivery and acceptance protocol was signed in Szczecin for the ‘Strażak-28’, a new fire vessel built at the Remontowa Shipbuilding SA shipyard in Gdańsk for the Szczecin and Świnoujście Seaports Authority SA.

The Strażak-28 left the Remontowa Shipbuilding SA shipyard in Gdańsk on Sunday, 13 November. It arrived in Świnoujście harbour the following evening. There, the process of handing over the vessel began, with the acceptance of all the ship’s rooms, equipment and functions. On Friday, 18 November, the handover protocol was signed, which means that the ship already formally belongs to the Szczecin and Świnoujście Seaports Authority SA. A symbolic christening and flag raising is scheduled for 6 December.

The ‘Strażak-28’ has been adapted, among other things, to fight fires on LNG tankers and will watch over fire safety in the sea ports of Szczecin, Police and Świnoujście. It measures 29.2m in length and 10.47m in width. Its design draught is 3.45 m. It will develop a maximum speed of 12 knots. The purchase of the vessel by ZMPSiŚ SA is co-financed by the European Union from the Cohesion Fund under the Operational Programme Infrastructure and Environment. The value of the project is approximately PLN 40.6 million. EU co-financing of approximately PLN 34.5 million.

The Strażak-28 will be the third in the ZMPSiŚ S.A. fleet. At present, Strażak-24 is moored in Szczecin and Strażak-26 in Świnoujście.