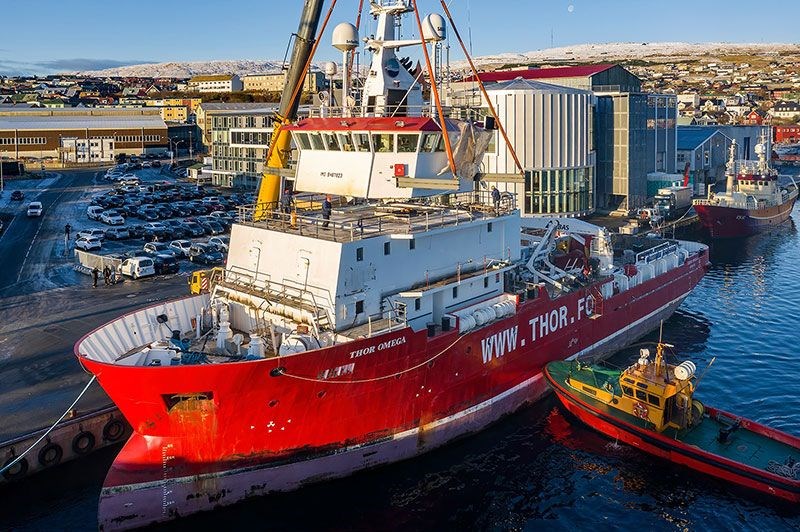 The apparently long-term fall in oil prices is hitting investment in both the exploration and production prospects of the offshore oil & gas industry hard. Suppliers of platform / offshore supply vessel (PSV) services are among the many O&G service providers who find themselves with excess assets and no immediate prospect of a ready market into which they can offload them. However, all is not lost, with opportunities opening up for the repurposing of suitable vessels, particularly for new roles in the rapidly expanding offshore wind sector.

The scale of the OSV surplus / opportunity is considerable. Operator Tidewater recently stated that the sector has in total 3,419 vessels, of which roughly 1,000 are classified as “stacked” and a further 300 or so described as “idle”. A closer look at the stacked category reveals that approximately 650 have been laid up for more than two years and of these, 360 units are more than 15 years old. Even many of those that are still working face serious challenges to their long-term viability. In such an intensely competitive market most are operating at best close to breakeven, if not at an outright loss.

Converting PSVs to enable them to meet the needs of the offshore wind sector isn’t necessarily straightforward. The size and nature of the offshore structures that each sector presents are very different, but at the same time they do share basic attributes of performance and manoeuvrability, and plenty of open deck space, that makes them suitable for conversion.

GLO Marine, a ship design and engineering company with offices in the UK and Romania, has recently successfully completed the engineering for two such conversion projects. For both of the projects the requirement was to be able to temporarily accommodate up to 40 additional personnel in single and double cabins. The first by adding an extra layer of superstructure to the existing arrangement to take 15 double cabins, and the second by fitting accommodation containers on the mezzanine deck for up to 40 persons. The fact that these solutions were achieved in two, quite different ways demonstrates the fact that the excellent on-board space management and versatility of these vessels allows them to easily accept different mobilisations and upgrades to suit whatever their next roles may be. It is this that makes them the best option for today’s vessel owners aiming for flexibility under everchanging market conditions.

From the engineering point of view, the tool for this specific conversion work is the SPS (Special Purpose Ship) Code. Introduced in 1983 and revised in 2008, it gives a step-by-step approach to bridging the gap between cargo and passenger vessels. Although special attention is directed towards ensuring the absolute safety of the personnel on board with its focus on fire safety, escape routes, life-saving appliances and accommodation spaces, the major challenge for the design engineers is the vessel’s stability behaviour. Due to their standard layouts, PSVs and OSVs (especially those fitted with cargo tanks) can be quite tricky to tame with the major issue being the standards for stability required in the event of  damage to the hull, which is more demanding in the SPS Code than in the Offshore Code.

As suggested above, the most popular type of conversion usually requires the designer to fit an accommodation module (whether it is to be added on to the existing superstructure or fitted as a containerised solution) that can take a significant number of additional non-crew personnel. An upgrade of this scale will then have then require significant changes to all the on-board systems, especially those relating to the safety of all on board personnel, be it from the stability point of view or the wholesale upscaling of life support and saving systems.

The result is that projects of this type require the designers and engineers involved to have a comprehensive understanding of the SOLAS requirements and the ability to grasp the manner in which the rules and regulations set-out by SOLAS interact and influence each other.  This comes through extensive experience of applying the rules and dealing with a large range of vessel types.

No project is the same

Having recently delivered two conversion projects, the experience of GLO Marine is that stability compliance with the requirements laid out by the SPS Code can be achieved, with the caveat that there is a compromise to be made in balancing cargo-carrying capacity with cross-flooding mitigation arrangements. Additionally, there is an inherent difficulty in obtaining Limiting KG curves for damage stability, therefore the natural solution is for the vessel to be fitted with an onboard loading and stability calculator.

“Each project has its own particularities, however, and achieving the SPS class notation will take any engineer out of their comfort zone, as one needs to deal with lots of moving parts, including a great deal of Class interaction. We have learned much from these projects but, most importantly, we have taken the experience and translated it into efficient work-flows and step by step guides, which now enables us to deliver SPS class notations quickly and cost-effectively,” says Liviu Galatanu, General Manager of GLO Marine.

While it goes without saying that the timeframe and cost associated with converting a PSV unit to a Special Purpose Ship is just a fraction of that of an equivalent newbuild, this should be balanced against the remaining life left in an individual PSV’s lifecycle. On average these conversions start to make commercial sense for PSVs that can safely operate for at least another 10 to 15 years. With properly maintained vessels having a lifespan of anything up to 40 years this leaves plenty of mid-life vessels that would be economically viable for re-purposing.

The time saved by conversion versus new build is also considerable. The design and on-board mobilization and installation works associated with assigning a SPS Class notation to a PSV usually takes no more than 6 and 8 months, depending on the complexity. And if the design work is done with a high degree of accuracy, the actual docking times can be as little as 3 months or even less.

New opportunities for all

Of course, PSVs can be repurposed for other activities. The addition of dredge systems and hoppers can make them effective dredgers, as demonstrated by an OSD-IMT in-house initiative. Other options that have been explored include conversion into fish carriers and even high latitude expedition yachts. But lately, the options that gets the most traction with PSV operators looking to diversify their markets is achieving the SPS class notation and repurposing these assets as windfarm support vessels. Regardless of the industry, be it renewables or still the traditional offshore market, achieving the SPS class notation is a remarkable milestone in an asset’s life, as it offers the sought-after adaptability to survive in the current ever changing market trends. With the right support and conversion expertise, today’s owners of OSVs and PSVs can look forward to a profitable and productive future once again.