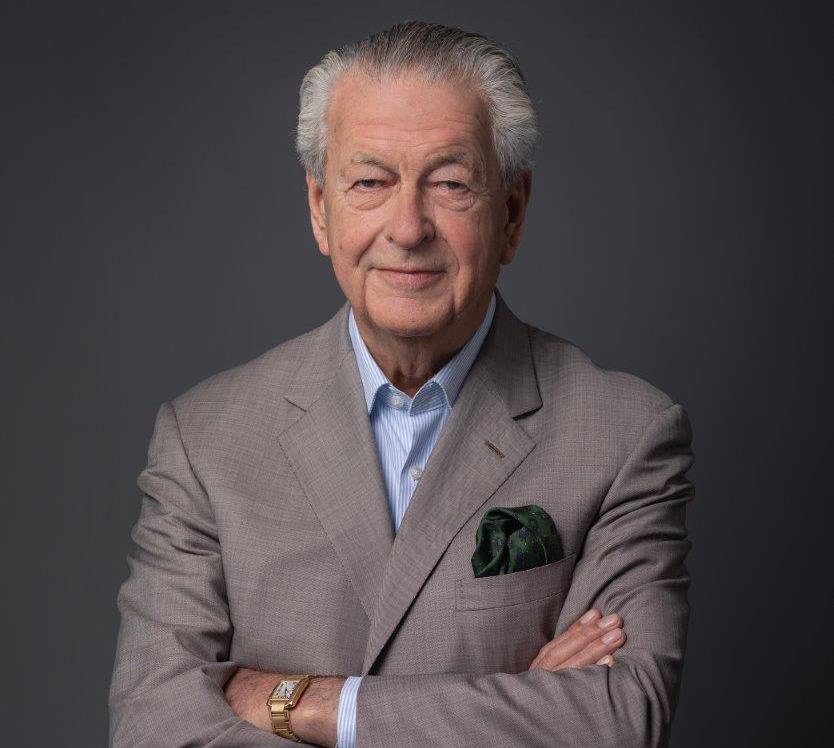 During the Maritime Awards Gala in Rotterdam, the Netherlands, Mr Kommer Damen was presented with a Lifetime Achievement Award. The award was handed to him by chairman Bas Ort (NMT) on behalf of the joint Dutch maritime sector. Mr Damen received the award for his achievements, methods and contribution to the Dutch maritime industry. Damen (78) is Chairman of the Supervisory Board of Damen Shipyards Group and is still internationally active in the company that he took over from his father and uncle in 1969.

The organisation of the annual event, consisting of five national awards for technology and innovation, says that Mr Damen owes this recognition, among other things, to his vision on shipbuilding and entrepreneurship. This formed the basis of the growth that Damen Shipyards experienced from one yard in 1969 to about 70 companies today.

In addition, Ort praised the shipbuilder for his involvement in the wellbeing of his employees and his role in the Dutch maritime industry. His commitment to art and culture is also mentioned, shown for example by sponsoring leading contemporary dance company NDT, as well as his active involvement in society as a whole, especially in regions where the company has a physical location, both at home and abroad.

Currently, Damen Shipyards Group operates globally in almost all maritime niche markets. Several yards have been acquired in recent years, many of which specialise in new niche markets. The company has 12,000 employees, 35 construction and repair yards and a variety of related companies that supply, for example, anchor chains, rudders, winches and other components. Damen has built a total of more than 6,000 ships and delivers about 175 vessels annually.

In recent years, Kommer Damen has received several accolades. In 1994 he was appointed Officer in the Order of Orange-Nassau, he received a Lifetime Achievement Award at Seawork (the largest European trade fair for workboats, Southampton, 2012), he became Industry Leader of the Year (Offshore Support Journal Conference, London, 2015) and he was made an honorary citizen of Gorinchem (2017) because of his services to the city and the care for his employees.

Damen Shipyards was founded in 1927 by father Jan and uncle Marinus. They had been building small boats  in Hardinxveld-Giessendam since 1922 and expanded the company to four locations: the original yard, two new yards and a carpentry factory.

Kommer Damen started in the company in the mid-1960s and developed his own alternative idea about shipbuilding, including design method and logistics. In 1969 this led to the takeover of one of the yards and the carpentry factory.

Interesting detail: the 50 employees were allowed to choose between him and his cousin, who took over the other companies. Only six employees had confidence in Damen’s ideas. They went with him and that’s how he started his own business.

His ideas were new for the time and radically different from what was common in shipbuilding.

The key concepts – which determine the success of the company to this day – were: standardization (nowadays even with superyachts), modularisation (even with frigates), series production and keeping vessels in stock.

Damen suspected that building and stockpiling standard hulls would cut costs and shorten delivery times. This soon turned out to be true. He also developed additional concepts and methods, such as a strong R&D department, financing options for customers and building ships locally in countries where local content is required.