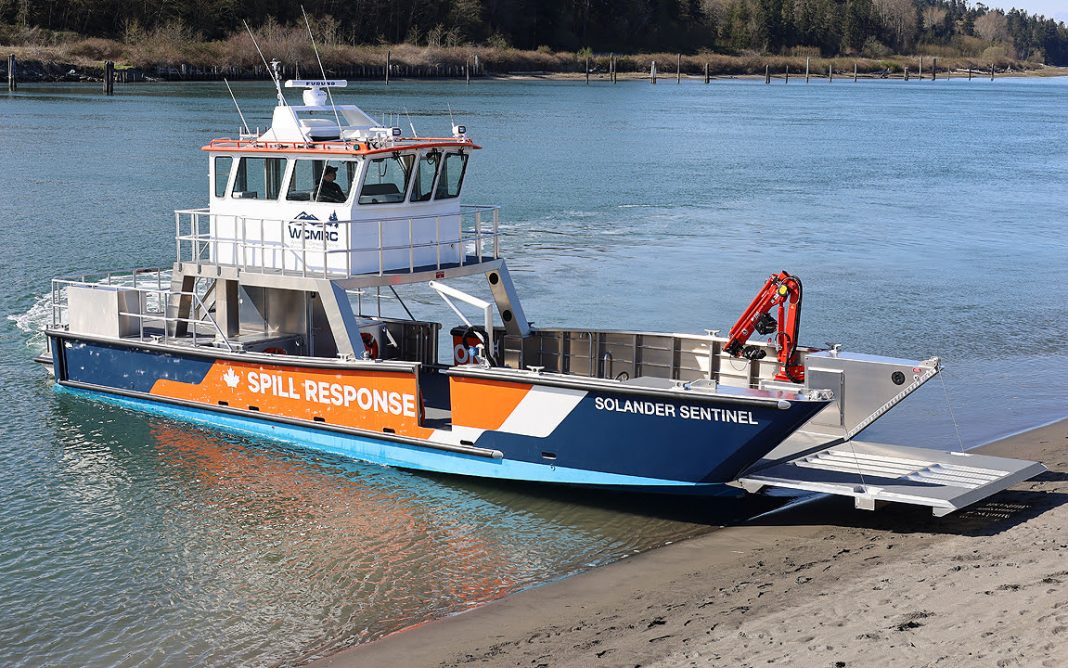 Scania,one of the world’s leading manufacturers of engines for boats, trucks, buses and industrial applications, announced today it was selected by the Western Canada Marine Response Corporation (WCMRC) to power four 52-foot oil spill response landing crafts. The vessels, currently in production by the William E. Munson Company, are powered by twin keel-cooled 750 HP Scania DI13-liter 088M engines with Twin Disc 5095 marine gearboxes, supplied by distributor Cascade Engine Center. Propulsion is provided by Hamilton 403 waterjets. This combination offers a top speed of 35 knots at full power. The first boat was delivered in June; hull number two will be launched this week; hull number three is currently in rigging and has the engines installed; and hull number four is in the early stages of welding.

“We are honored to be selected by WCMRC to power their oil spill response boats,” said Al Alcalá, sales manager, Scania USA Marine. “The mission these vessels are tasked with is vital for the health and well-being of the environment, wildlife and the public of British Columbia. We are grateful that they have put their trust in our engines to offer reliable and efficient power no matter when they are called to act.”

The William E. Munson Company is a family-owned welded aluminum boat manufacturer located in Burlington, Washington. The company specializes in high-speed landing craft and, in its 35 year history, has built more of this type of vessel than anyone else in the world.

WCMRC is the Transport Canada-certified marine spill response organization for Canada’s West Coast. The organization’s mandate under the Canada Shipping Act is to be prepared to respond to marine oil spills along all of British Columbia’s coastline, and to mitigate the impact when a spill occurs. This includes the protection of wildlife, economic and environmental sensitivities, and the safety of both the responders and the public.

For more information on Scania engines or to locate a dealer near you, please visit www.scaniausa.com.