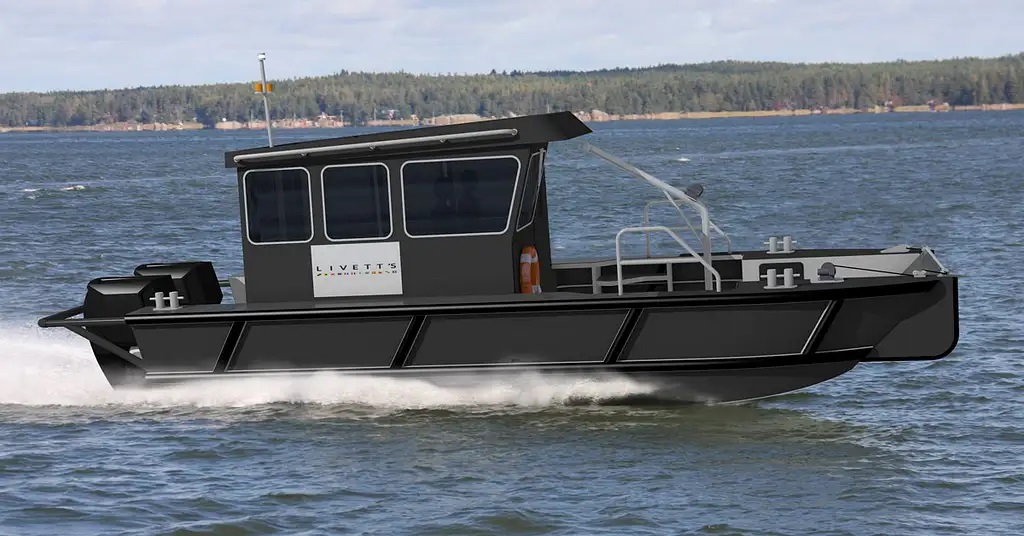 Livett’s are delighted to announce another new addition to the flourishing Livett’s fleet will soon be touching down on the River Thames.

Following the tremendous success of Bravo Lima GB – the river’s first purpose-built commercial landing craft, which arrived in November 2021 – a new sister vessel is now in the final stages of construction.

Romeo Lima is being built in Portsmouth by PDL Marine Ltd, the same excellent team who oversaw the design and construction of Bravo Lima GB.

Adding versatility to our fleet

At 8.7m, the new vessel is ever so slightly smaller than Bravo Lima GB, but boasts one key difference: the inclusion of a wheelhouse. It has been designed as such to add yet more versatility to our fleet, whilst of course providing more comfort for up to six passengers and two crew.

Otherwise, the new British-built landing craft will have all the same notable features as its sister vessel. This includes:

You can find out more features these landing craft have on Bravo Lima GB’s fleet page.

To get an idea of what Romeo Lima will look like in action, watch the video below. However, please note that the video features a larger 14m version of the landing craft.

The commissioning of Romeo Lima marks another significant investment in our fleet. Furthermore it renews our commitment to having the most modern and superior vessels on the River Thames, with a focus on versatile use and being much more environmentally friendly.

When Romeo Lima arrives in London later this year, she will complement our already phenomenal collection of camera boats and specialist craft on the River Thames.