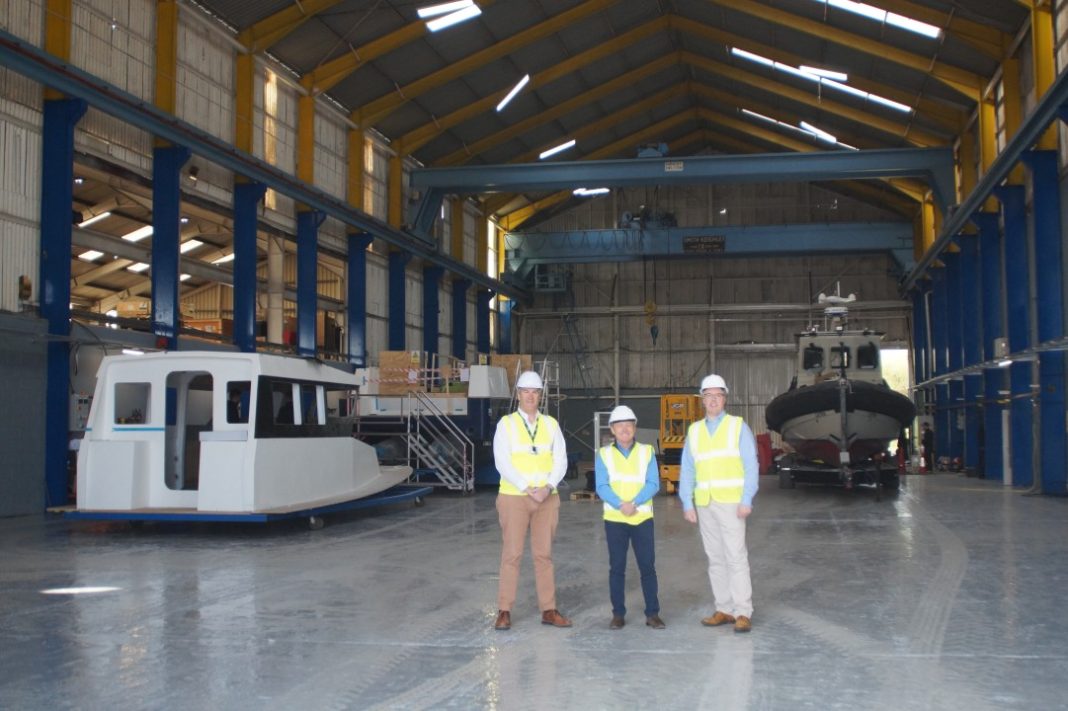 MST secured the site during the second half of 2021 and has already embarked on a £1M refurbishment programme covering the entire 6.5-acre site with total refurbishment of the existing 80m main and 50m secondary boat building halls, brand-new offices, new carparking facilities and the erection of additional composite and fabrication facilities.

MST has a long-term plan for further investment which will see the facilities expanded and enhanced even further to create a centre of excellence in the North West for small craft design, manufacture and service.

The shipyard was originally founded in 1974 by McTay Marine and produced 119 vessels before going into liquidation in 2015 and subsequently being taken over by local tug operator Carmet Marine.

Marine Specialised Technology is one of the world’s leading manufacturers and maintainers of high-speed boats for global defence and security markets and the new facilities will allow the company to significantly expand its operations including the ability manufacture much larger craft than current facilities permit.

Philip Hilbert, MST’s Sales Director, said: “We secured these new premises at just the right time as we embark on several major contracts for our flagship “HPB” High-Speed Patrol Boat range which have been, up until now, limited to a maximum 19m in length due to launching and logistical restrictions.  The new larger facilities with its direct access to water now enables us to not only manufacture more craft at any one time but also to manufacture significantly larger vessels and we already have a 23m design being worked on as I speak”.

The new site’s direct water access is also a huge boost to the groups dedicated service and maintenance division; MST Fleet Services who can now offer their services to much larger craft arriving by water and substantial contracts have already been secured with local operators which, combined with the planned expansion of the company’s new build division, will be fuelling a significant recruitment drive over the remainder of 2022 which is excellent news for the wider local area.