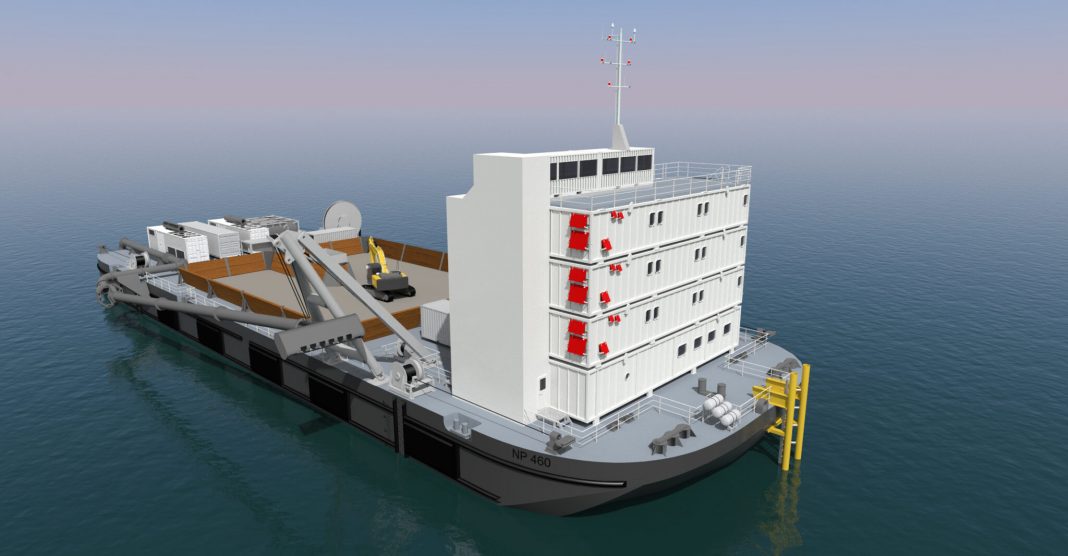 The vessel will be used for construction of the tunnel between Denmark and Germany. The main function will be back fulling of the tunnel elements with sand.

The Fehmarnbelt Fixed Link will consist of a motorway and rail connection including a 18 km long tunnel that will allow travelling faster and safer between Scandinavia and continental Europe.

It will take less than 3 hours to travel by train between Hamburg & Copenhagen (currently, 4½ hours).

It will be the world’s longest immersed tunnel and the longest tunnel for both road and rail traffic.

The Owner, Femern A/S, has appointed FLC for the Design & Construction of the immersed tunnel & the tunnel portals and ramps.