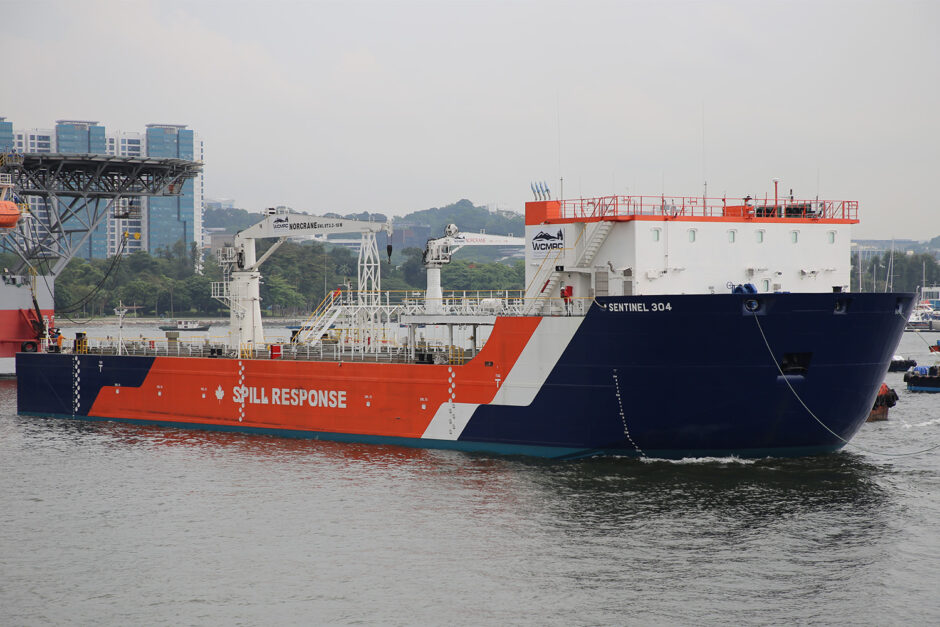 Robert Allan Ltd. is pleased to announce that two 3,500 tonne oil spill response barges, Sentinel 303 and Sentinel 304, were recently completed at ASL Shipyard in Singapore. Western Canada Marine Response Corporation (WCMRC) will receive delivery of the barges in October, with arrival in Canada by the end of 2022. The response barges will join WCMRC’s fleet of pollution response vessels stationed along the south coast of British Columbia. These new additions represent a significant enhancement to the pollution response capabilities already in place and will benefit the entire local maritime industry.

Key particulars of the response barges are:

The response barges were constructed to ABS rules with the following notation:

Tank capacities of the response barges are:

Accommodations are outfitted to high, MLC compliant standards for a crew of up to 20 personnel. The ten double crew cabins are located on the accommodation deck with, the galley, mess/lounge, and office/control room located on the fo’c’sle deck.

The aft deck is the main working deck and contains all the oil spill response equipment. The spill containment systems consist of four unsheltered booms stored in containers with hydraulic reels, Current Buster No. 4 and Current Buster No. 6 stored in a single container with hydraulic reels, and four containers of general-purpose boom. There is ample storage for absorbents, mission-specific containers, general equipment, decontamination gear, dry storage, and a containerized workspace.

A Norcrane fixed-boom crane with a SWL of 9 tonnes at 19 metres is fitted aft to handle the above-mentioned oil spill response gear and hoses.