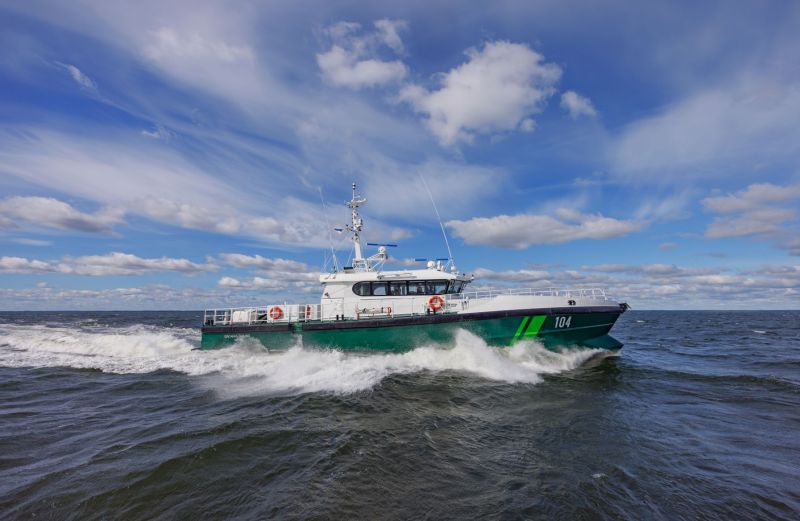 Main tasks of the PATROL 24 WP will be border patrolling, border surveillance, search and rescue in Lithuanian territorial waters as well as in the FRONTEX joint maritime operations.

“Gintaras Žagunis” has LOA of 25-meters and vessel has MTU main engines installed which guarantee top speed of over 26 knots.

The project of “Gintaras Žagunis” has been implemented in frame of Internal Security Fund with financial support by European Union https://european-union.europa.eu/index_en

PATROL 24 WP is based on the wave-piercing 24-meter platform of which three units have also been delivered to German Customs in 2018.