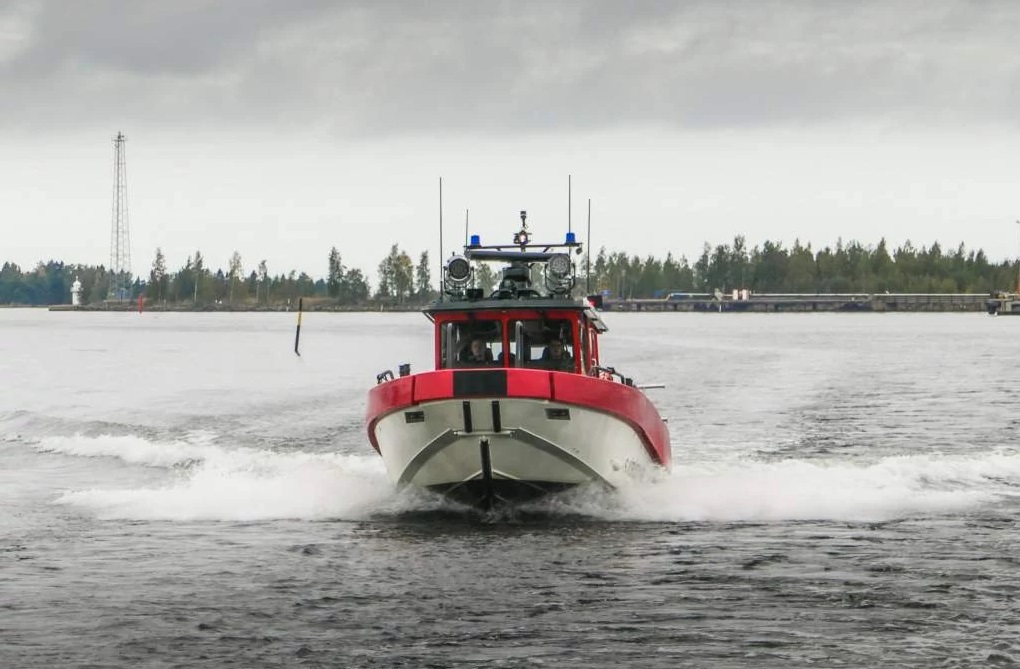 Kewatec has delivered two additional Rescue 1000 OB boats to the Finnish Lifeboat Institute in Kuopio and Inkoo. Kuopio’s new SAR boat is the sixth in a series of PV3-class boats. At the same time, the seventh boat of the series, which will be placed in Inkoo, was delivered. Boats will significantly improve the operating conditions of the Kuopio Lake Rescuers and Inkoo Sea Rescuers. The new SAR boats arrived at its station on 12th June 2022.

The 10-meter SAR boat, equipped with two 300-horsepower outboard motors, reaches a maximum speed of over 40 knots. It has sea rescue equipment, which also includes light firefighting and emergency pumping equipment as well as equipment for first aid tasks. In addition, the boat has a hydraulically opening bow ramp, which improves the capabilities of beach landings and facilitates the transfer of a patient to the boat.

The new high-speed SAR boat offers a variety of opportunities for the development of operations and speeds up rescue tasks.

Kuopio Lake Rescuers is a maritime rescue association founded in 1971. The association has two positions: in Pirttiniemi, Kuopio, in connection with the Yacht Club, and on Iivarinsalonsaari in Etelä-Kallavesi. There are currently about 20 crew members.

Inkoo Sea Rescuers is a maritime rescue association founded in 1986. The association’s primary task is to rescue people in distress at sea in their area of business in the Gulf of Finland. The association has approximately 240 members.

Find them in hall 6, stand F23 Sales Director Jari Ahoranta and Sales Manager Jan Wargh will be present at the exhibition.