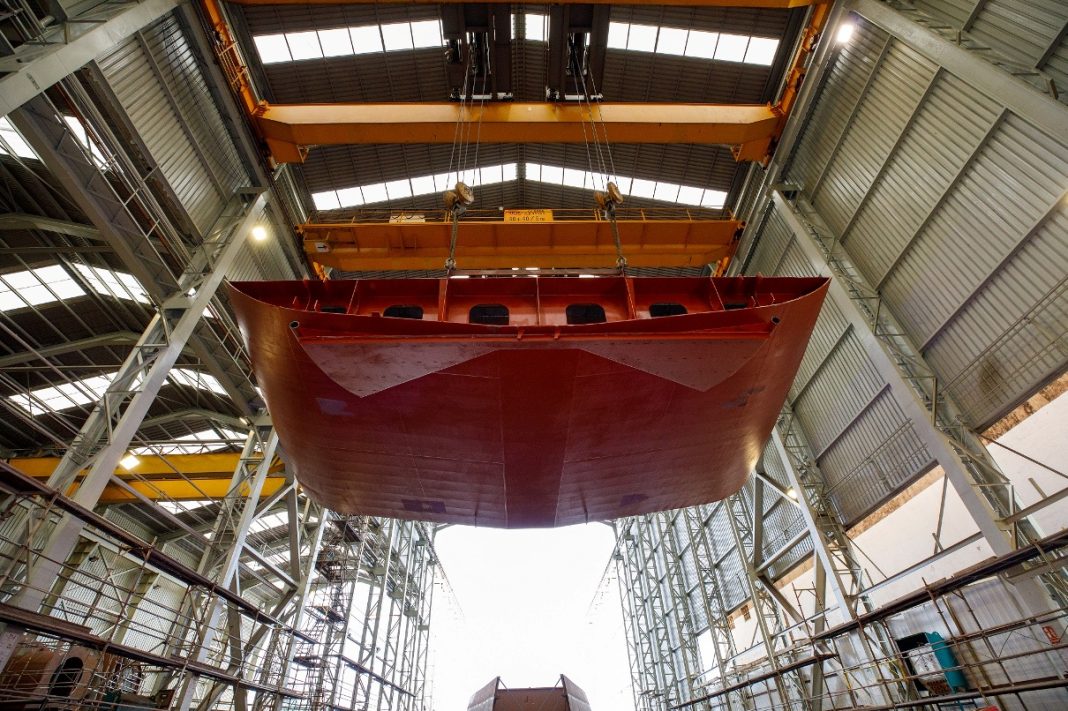 The keel-laying ceremony took place at Astilleros Armón (Vigo), which marks the start of the formal construction of the oceanographic vessel Odón de Buen, the new ship of the Spanish Institute of Oceanography ( IEO, CSIC).

The event was chaired by the Minister of Science and Innovation, Diana Morant. It was attended by the interventions, by the CSIC, of ​​its president, Eloísa del Pino; the director of the Vigo Oceanographic Center of the IEO, Pablo Carrera and the director of the Marine Technology Unit, Jordi Sorribas. On behalf of Astilleros Armón Vigo SA spoke its CEO, Laudelino Alperi, and on behalf of the Vigo City Council, Mayor Abel Caballero.

Morant highlighted that the Odon de Buen will be the best and most advanced research vessel in Spain and an international ambassador of the excellent scientific and technological level that exists in our country in the field of marine sciences.

He also stated that science has contributed to making Vigo’s industry today a world leader in the design and construction of oceanographic vessels.

After the ceremony, the keel was laid, an act that concluded with the traditional placement of the coin and welding of the “fortune” cap, welded to the keel block.

El Odón de Buen, at the forefront of technology

The oceanographic vessel Odón de Buen bears the name of the founder of the IEO and a pioneer of oceanography in Europe. At nearly 85 meters long and 18 meters wide, it will become the largest oceanographic research vessel in the Spanish fleet. It will be equipped with cutting-edge technology that will allow it to study ecosystems, habitats and sea beds in all the world’s oceans, including the polar areas, and at depths greater than 6,000 meters. Its autonomy will be about 50 days of navigation.

It is specially designed to be silent and has the most advanced systems to respect the environment.

An approximate investment of 85 million euros is contemplated for its construction, of which 80% comes from the European Regional Development Fund (ERDF, Pluriregional Operational Program of Spain 2014-2020 Ref: ICTS-2019-05-IEO-4) . Its construction, at the Armón Shipyards, is expected to be completed before the end of 2024.