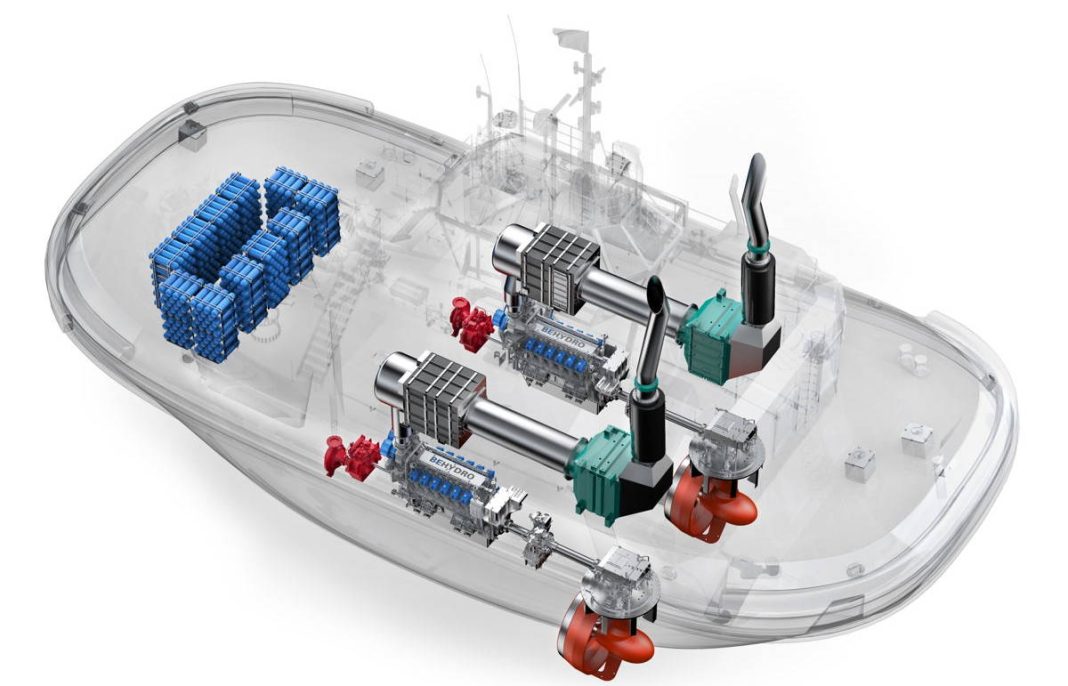 The first hydrogen-powered tug worldwide is equipped with SCHOTTEL propulsion systems. The vessel, which will be among the cleanest of the fleet of the Port of Antwerp-Bruges, has recently been launched by the Spanish shipyard Astilleros Armon and will enter operations at the Belgian port in early 2023.

Jacques Vandermeiren, CEO at Port of Antwerp-Bruges: “With the Hydrotug, the Port of Antwerp-Bruges is making an important step in the transition to a sustainable, CO2-neutral port. The port is systematically pursuing a policy of making its entire fleet eco-friendly by incorporating the most environment-friendly technologies available on the market.”

Ultra-low-emission tug
The main propulsion system of the tug consists of two SCHOTTEL RudderPropellers type SRP 460 (2,000 kW each) featuring propeller diameters of 2.4 metres. With this thruster configuration, the 31-metre long and 12.5-metre wide vessel will achieve a bollard pull of about 65 tonnes.

The SRP units are driven by combustion engines that burn hydrogen in combination with diesel. Combustion of hydrogen does not emit any CO2, and the particle filter combined with the catalyser will result in minimal emissions of NOx and particulates.

Following its delivery, the tug will execute harbour operations in Port of Antwerp-Bruges.

About Astilleros Armon
Astilleros Armon, founded in 1963, is a group of six companies. To date, the Spanish-based group has built more than 950 vessels, which are in service throughout all the world’s seas and oceans. Armon builds ships with lengths up to 180 metres and is specialized in the construction of a wide range of vessel types, such as fishery vessels, tugs, offshore support vessels.