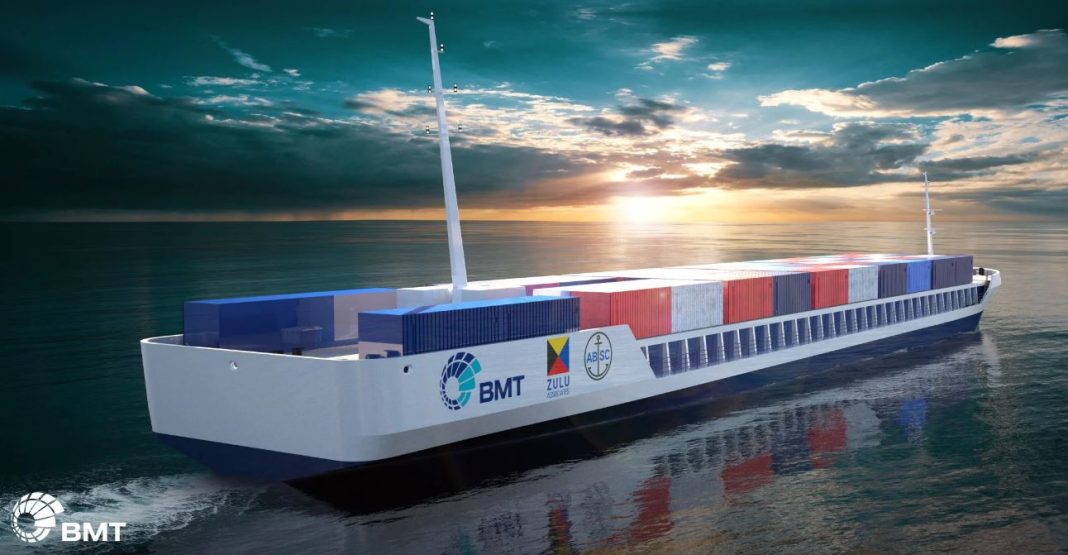 The AiP marks a significant landmark for the energy transition and maritime digitalisation, with the 100 metre Short Sea vessel set to be one of the first of its kind to have the capability of operating autonomously as a zero-emissions cargo vessel in the English Channel and the North Sea.

The ship design, with a capacity of 200TEU, features a 650kW Electrical Propulsion Motor which can be powered by either a hydrogen, ammonia or methanol fuelled engine and generator, a hydrogen, ammonia, methanol fuel cell or alternatively via a battery. Approval in Principle was awarded by LR following a comprehensive and thorough analysis of the design undertaken against the requirements of the relevant industry codes and standards.

Mike Holliday, UK & Ireland Area Manager, Lloyd’s Register said: “The ZULU Mass design developed by ZULU Associates is a crucial milestone for autonomous shipping in both Europe and across the globe. LR is delighted to have granted Approval in Principle for this design, which has the potential to use a number of alternative propulsion technologies and helps to underline our credentials as an organisation dedicated to driving forward digitalisation and decarbonisation in the maritime industry.”

Antoon van Coillie, CEO of ZULU Associates said: “LR has played a major part in the development and initial approval in principle of the ZULU MASS. I am extremely grateful for their support throughout the process to date, which has been invaluable.”