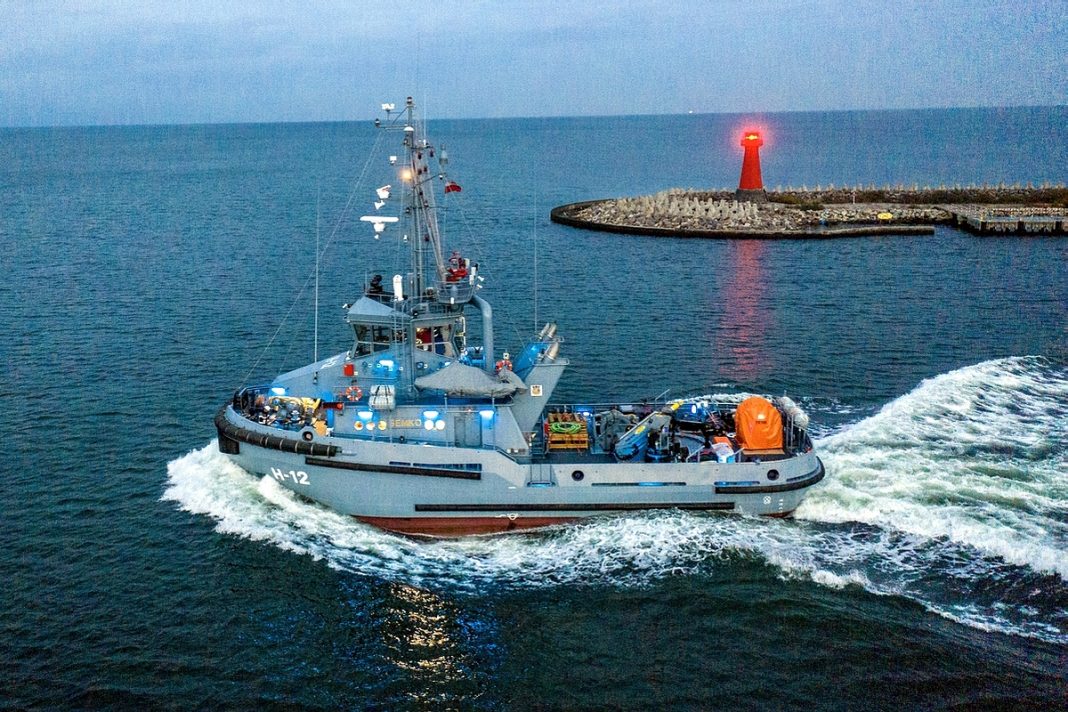 On 17 November, after completing trials in cooperation with the Ordering Party, the Acceptance Protocol for the fourth in a series of six tugboats of the B860 project, H-12 Semko, was signed. The vessel, built at Remontowa Shipbuilding SA, left Gdańsk and sailed to Świnoujście.

It is to be handed over to the 8th Vice Admiral Kazimierz Porębski Coastal Defence Flotilla in Świnoujście. The Chairman of the Commission of Delivery and Acceptance is the Head of the Maritime Technology Branch of the Naval Inspectorate of the General Command of the Armed Forces, kmdr Zbigniew Micek, while the commander of the H-12 Semko vessel is Ensign Grzegorz Ciecierski.

The contract for the construction of six tugboats for the Polish Navy was signed in June 2017 as a result of the outcome of the tender entitled “Technical security and rescue operations at sea pk. Tugboat”. The execution of the contract concerns the design and construction of tug class vessels.