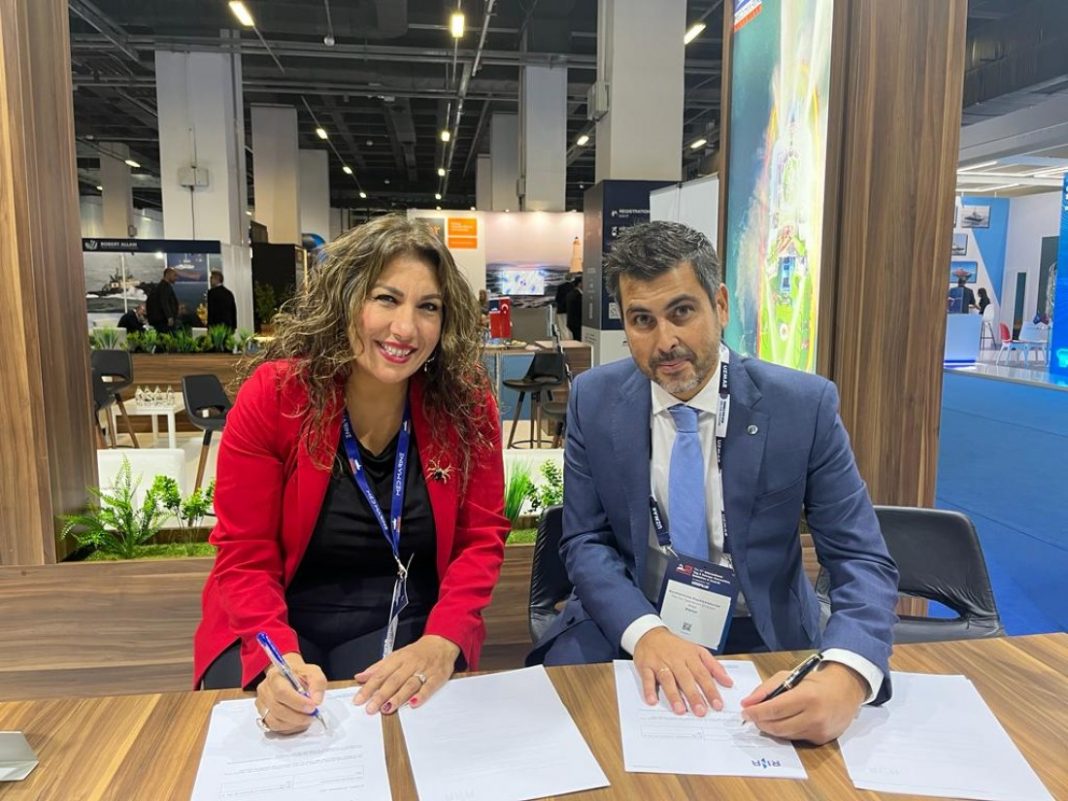 26st October 2022 – RINA has granted the Approval in Principle for a methanol dual fuel tugboat designed by Med Marine.

The AiP was delivered during a ceremony held in Istanbul, Turkey, at the International Tug & Salvage Convention on 29th September 2022.

Med Marine’s General Manager, Ms. Yıldız Bozkurt commented: “RINA and Med Marine have successfully been cooperating for a few years. I would like to express our appreciation to RINA for their hard and close work to help our business immensely and it’s great knowing that we have such an accomplished partner. I’m looking forward to the future and new collaborations”.

Mr. Konstantinos Papalexopoulos, Marine Southern Europe Area Operations at RINA, added: “RINA supports the shipping industry’s initiatives aimed at decarbonizing the sector. We are delighted with the results of the hard work of Med Marine and to have granted the Approval in Principle for this methanol dual fuel tugboat. This alternative fuel is gaining increasing attention and will be part of the mix to achieve IMO’s targets and possibly develop zero carbon vessels. We are working for the future and the future will be shaped by the actions of today”.

Med Marine is a leading Turkish shipbuilder and leading tugboat operator providing a broad range of services in towage, pilotage and mooring in the busiest ports of Turkey for over 25 years.

The firm exclusively employs Eregli Shipyard, one of the largest shipyards in Turkey based on some 180.000 m2 with more than 30.000 m2 of indoor areas to build state-of-the-art tugboats, work boats, offshore vessels and coated/Stainless Steel (STST) IMO II type chemical/oil tankers, either for its own operations or clients around the world.

Med Marine has a very wide selection of state-of-the-art tugboat design portfolio and the shipyard is constantly being improved with advanced production standards by keeping up with latest health, safety and environmental regulations.

Med Marine has successfully completed the construction and delivery of almost 200 projects, including tugboats, chemical/oil tankers, mooring and pilot boats.

Combining excellence in design and years of experience, Med Marine maintains the highest global standards in its business in order to meet its multinational clients’ needs.