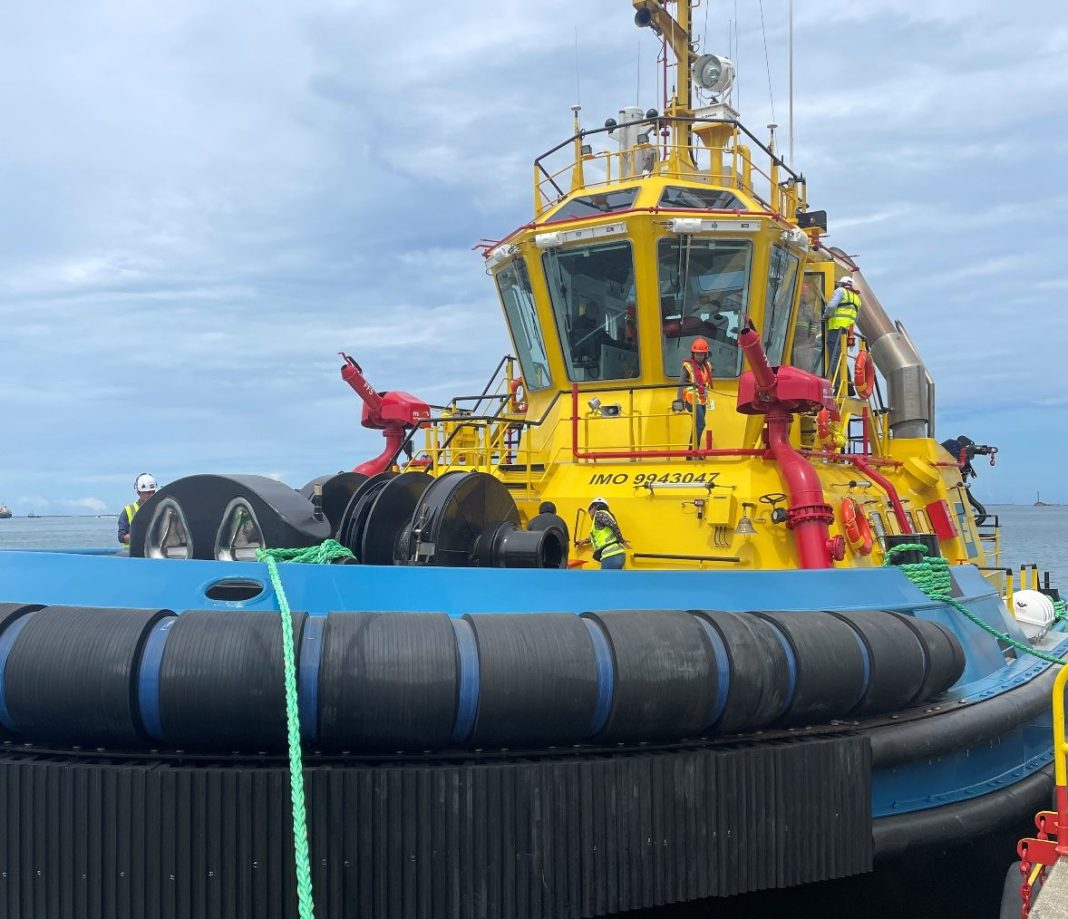 SAAM Towage’s new tug, which will bolster the company’s services in the Colon area, including support for ships transiting the Panama Canal, has already reached the Port of Manzanillo.

The SAAM Quibian, purchased from Türkiye-based Sanmar Shipyards, features high maneuverability, which makes for more energy efficient operations. And, thanks to its compact design, it allows for safe maneuvering.

“We are thrilled to welcome this new vessel, which will help us to continue to improve our value offering for customers. Our team is getting everything ready to officially begin operating very soon,” said SAAM Towage Panama country manager Matia de Luiggi.

The third new tug to join the Panamanian fleet, the Quibian owes its name to the legend of a brave chief from the Caribbean coastal province of Veraguas during Christopher Columbus’s fourth voyage.

Designed by Canadian naval architects Robert Allan Ltd., it is a “sister ship” of the Palenque and Valparaíso, which also operate in Panama, the Condór and Albatros in Peru, and the Halcón III, which provides services in Chile.

The 24-meter vessel boasts 70 tons of bollard pull and two Caterpillar 3615C main engines. It has “Fire-Fighting 1” class notation thanks to its fire-fighting pump with a capacity of 2,700 m3/hour.