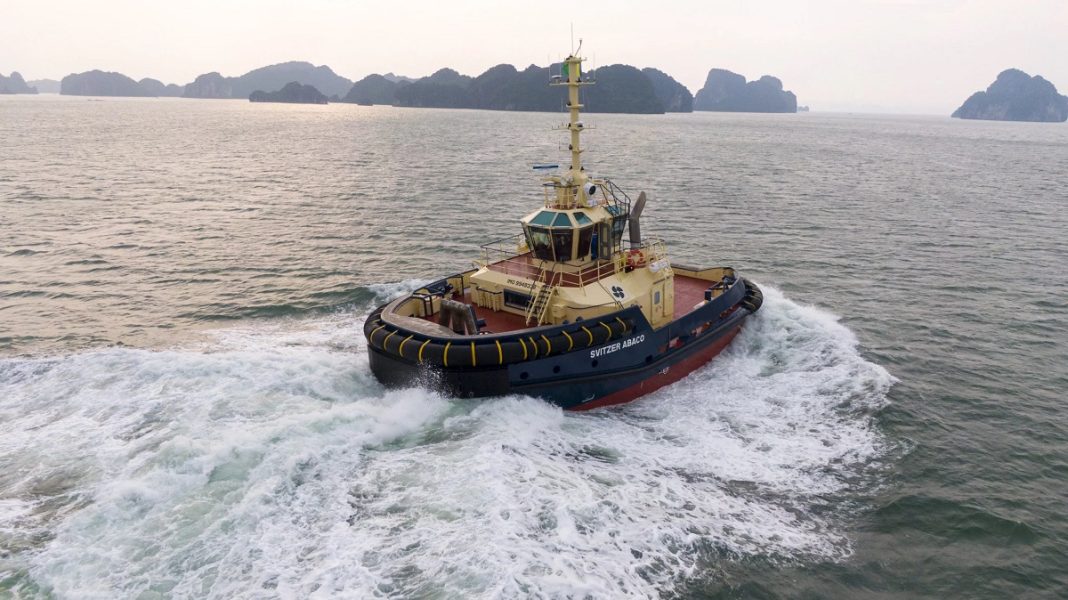 Svitzer, leading global towage provider and part of A.P. Moller-Maersk, has announced that it will take delivery of two new ASD tugboats and one workboat and thereby further modernising and expanding the fleet in the Americas region.

Based in Panama, Svitzer Americas is heavily engaged in the region with harbour towage and terminal towage as the main market segments. With the three newbuilds, the fleet will reach 82 vessels operating in ports and terminals across 12 different countries in the Americas.

“I look forward to welcoming Svitzer Abaco, Svitzer Isabela and Svitzer Moín to the Svitzer Americas fleet. They are all vital to our fleet renewal and expansion strategy, which will enable us to continue to meet our customers’ demands as well as ensure safe, reliable and efficient operations.

We will continue to expand and renew our fleet in the coming years, and in 2023 we will start taking delivery of the newbuilds that were ordered for our Brazil operations last year.”

The Svitzer Abaco, which will be deployed to the Bahamas, is also a 70 tonnes bollard-pull ASD tug but from the Damen 2312 series. She is named after a Bahamian Island and will delivered by the Damen shipyard in Vietnam.

The Svitzer Moín is a survey vessel, which will service Svitzer’s operation in Costa Rica and perform regular surveys of the water depths at the APM Terminal Moín in Costa Rica to determine when dredging is required as the port is slowly silting. The survey vessel is built at Besiktas Shipyard in Turkey.

All three newbuilds are expected to be fully operational by the end of November 2022.